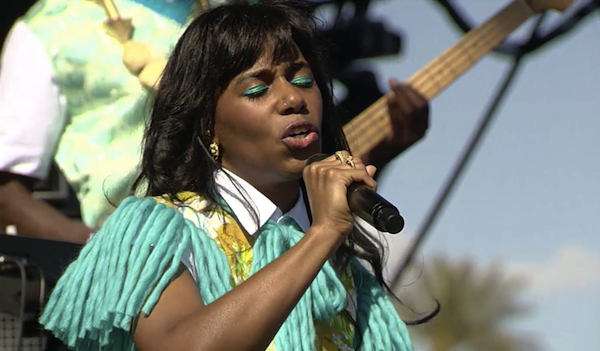 The graceful and excited Santigold played for a massive crowd during the last day of weekend one at Coachella’s main stage. Complete with her back up dancers and funkyily dressed band, Santi White couldn’t help but smile through her whole set which was heavy on old tracks off her then self titled debut Santogold.

She played her two new tracks “Desperate Youth” and “Big Mouth” and later invited a bunch of her adoring crowd on stage to dance to “Creator”. She noticed Earl Sweatshirt Taco from Odd Future in the crowd and called out for them to join her, along with a bunch of girls and even a man with a confused looking baby wearing serious hearing protection. Watch the entire set below. 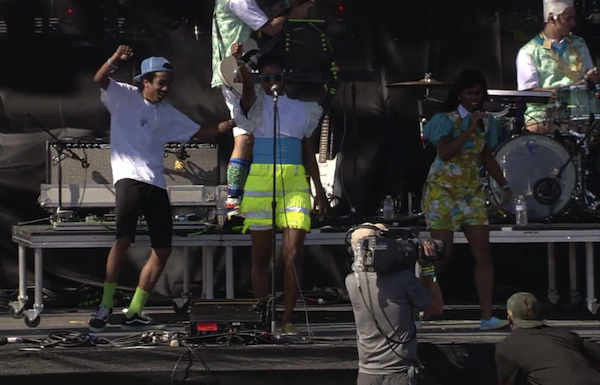 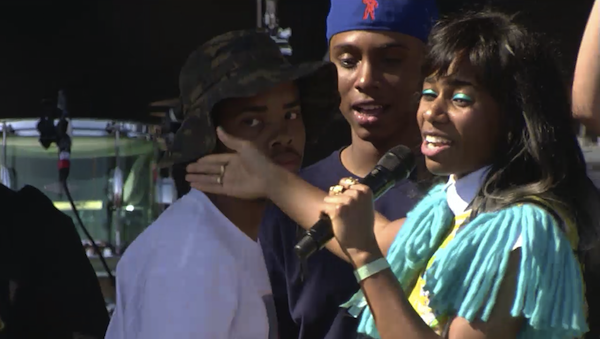