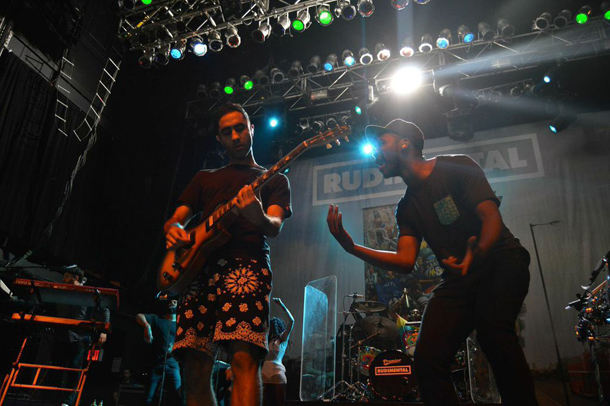 Quartet Rudimental rocked a sold out show at New York City’s Terminal 5 on Friday night. Along with their incredible singers and backing musicians, the London band played hit after hit and even premiered new music. DJ Locksmith, Amir Amor, Piers Agget, and Kesi Dryden are currently on tour supporting Ed Sheeran but this was an opportunity to play exclusively to their die-hard fans.

At any given time, there are nine people on stage contributing to Rudimental’s explosive sound. Often lumped together with other electronic artists, Rudimental stands out as an incredible live band, never letting up on the intensity. DJ Locksmith alone has enough energy to power a city, infusing his personality into every song. While known for his production work, Amir Amor also pulls off face-melting guitar solos and riffs. Touring singers Anne Marie Nicholson, Thomas Jules, and Bridgette Amofah give powerful performances that are almost as good as the album. Jules performed “Bloodstream,” which was written by Rudimental as part of Ed Sheeran’s X.

Prior to the show, we had the chance to chat with Amir Amor about touring with Ed Sheeran and the new album. Stay tuned for our interview in the coming days! 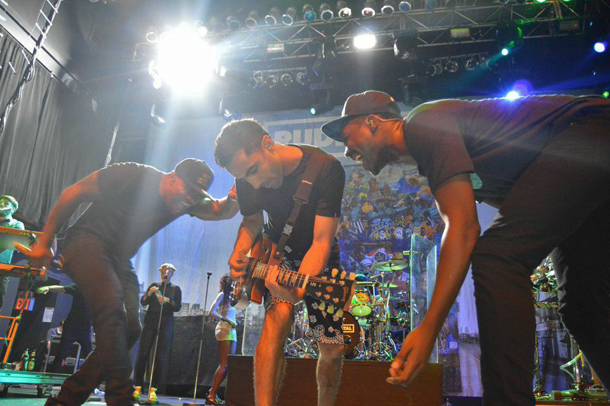