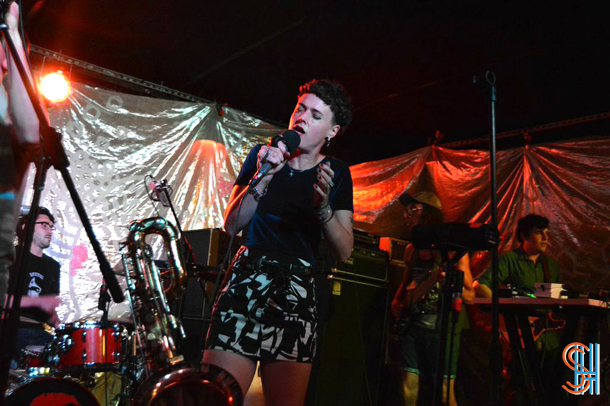 The Brooklyn band played over an hour set packed with old and new tunes to a sold out crowd. One of the distinctive elements of this band is their kick ass brass section. Three out of six members are on brass including lead singer Kal, aka Kalmia Traver and Alex Toth on trumpet. Trombone, saxophone, clarinet, and smooth bass lines make for a rich, full sound and we found it incredibly hard to stand still. Although they’re described as an indie-dance band, you can’t ignore the clear ska influences.

Rubblebucket is a bit of a large band, not just in sound but in size. Despite space constraints, they effortlessly pack onto a stage. If that doesn’t work, they just join the party in the crowd! If you’re headed to a Rubblebucket show in the future, get ready to dance with them. At various points during the set, they go into the audience with a tent and it comes an instant party. They closed out the show by actually marching out into the street outside of Mercury still playing their instruments. One of their most popular songs, “Came Out of a Lady,” elicited some pretty euphoric reactions.

Check out their new video for “Carousel Ride.”

Survival Sounds is out now via Communion Records. 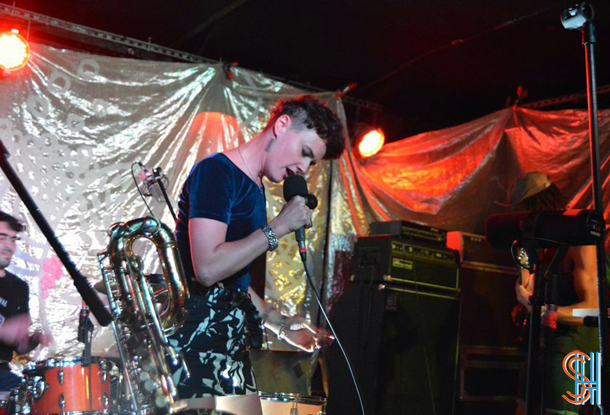 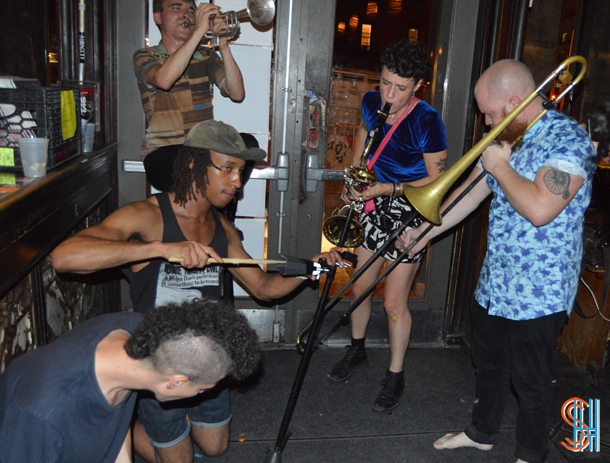