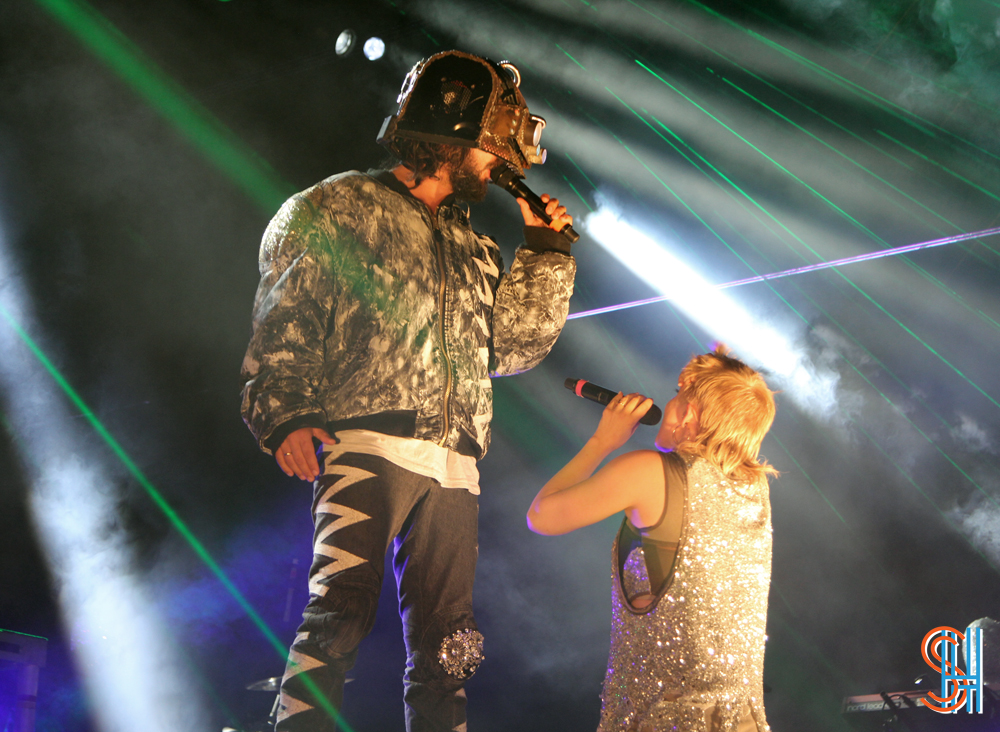 The first warm evening of the summer we’ve had so far, seemed like the perfect night to get our dance on to some of the best Scandinavian electro synth pop at Röyksopp and Robyn’s double header Do It Again tour. Though their collaborative EP Do It Again only clocks in at around thirty-five minutes the duo delivered both on the solo stage as well as together.

Starting off the night at an early 8pm was Norway’s Röyksopp wearing jewelled masks and feeling ultra futuristic as the sun set and the lasers came out in full force at Toronto’s sandy Echo Beach. Almost instantly as they finished their hour-long set, Robyn strolled out on stage wearing a silver spandex onesie layered with a yellow coat and usual massive platforms. She danced, delivering a set full of hits, but definitely skipped out on a few of our favourites from her extensive seven albums to give us a taste of her new music. She humped and punched over and over and at times we imagined what Robyn, aka Robin Miriam Carlsson’s, fitness routine must look like to keep her looking so fit and full of energy on stage.

Robyn’s fitness routine continued into her collaborative performance with Röyksopp after the seven minute long “Inside the Idle Hour Club” which built up the buzz. They launched into the slow building “Monument,” and Robyn lay down on a riser between Svein Berge and Torbjørn Brundtland to do sit ups to the beat of the song.

When “Every Little Thing” arrived Svein Berge walked down from his high platform to attempt vocals from under his highly homemade helmet which he kept on the entire set. They played the entire EP as well as a fitting sprinkling of Robyn’s tracks including mega hit “The Girl And The Robot” as well as “None of Dem” on which Röyksopp is featured, but the crowd hits was obviously “Do It Again.”

Flip through some of our photos from one of our favourite double headers to dates below. 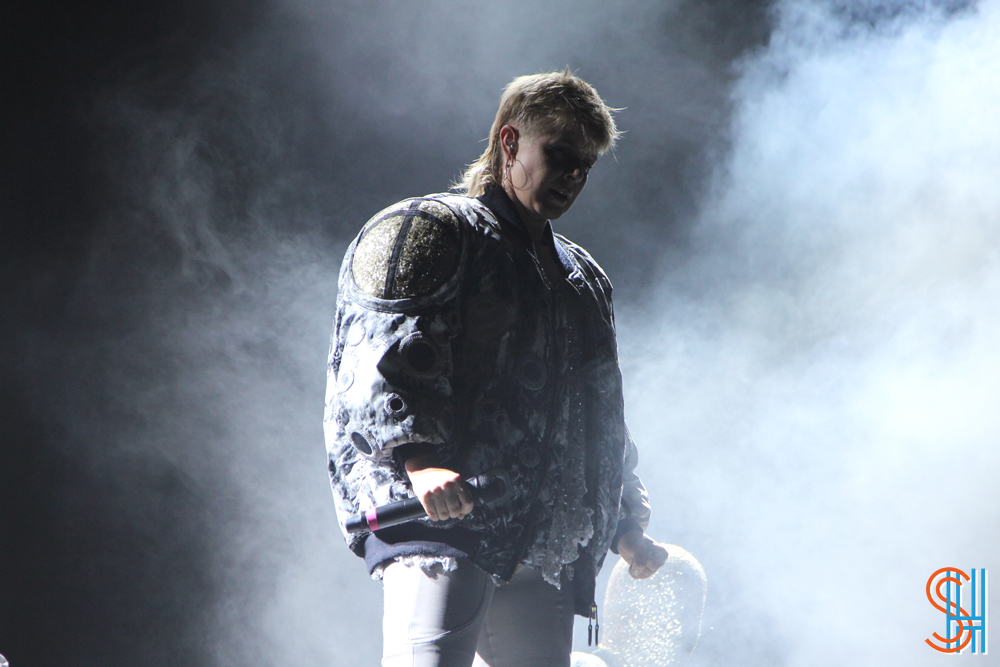 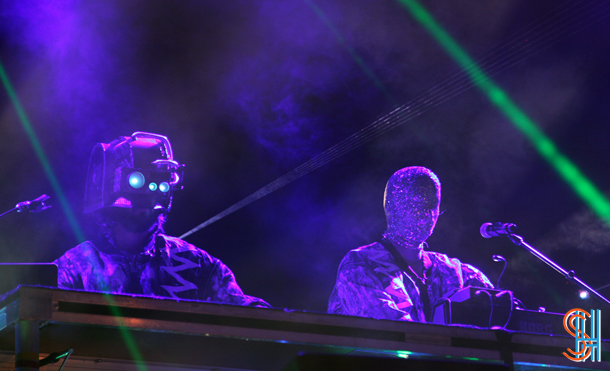 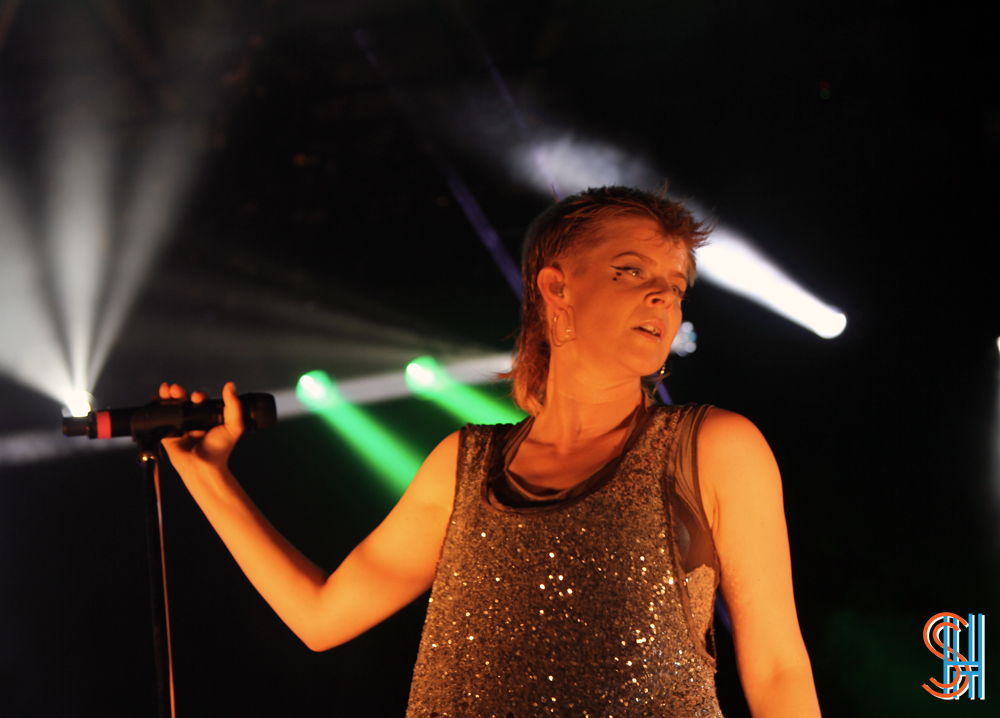 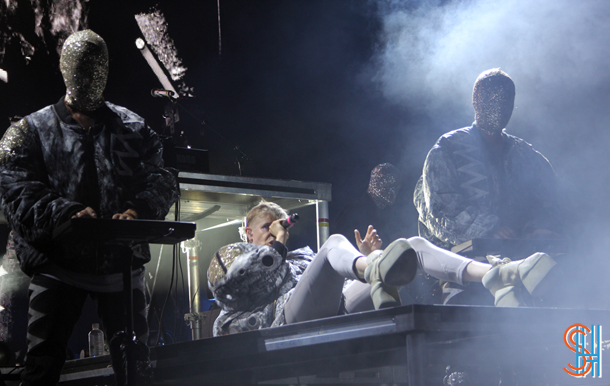 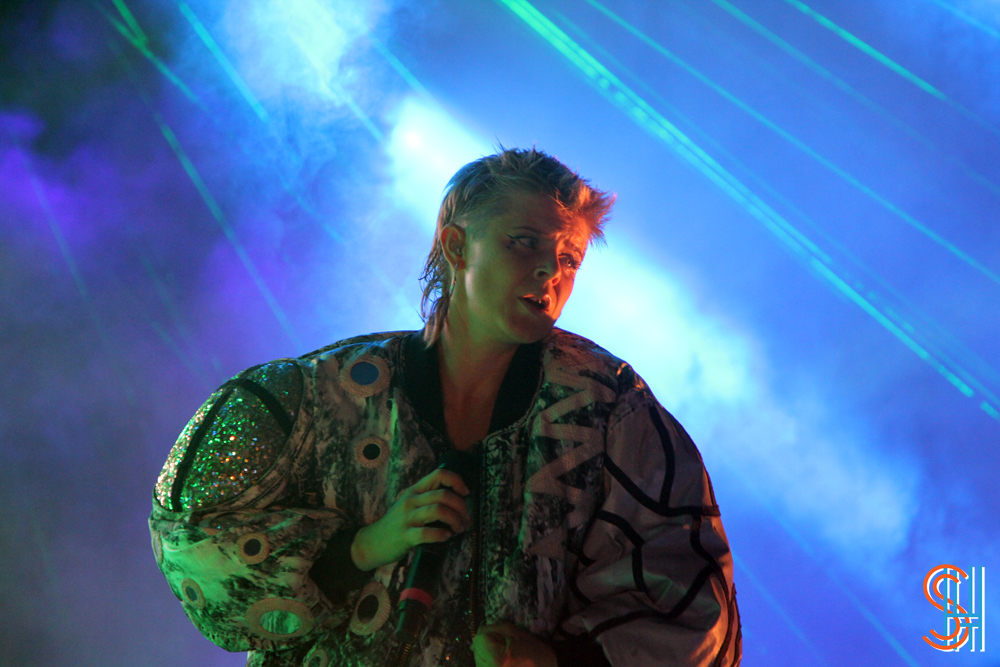 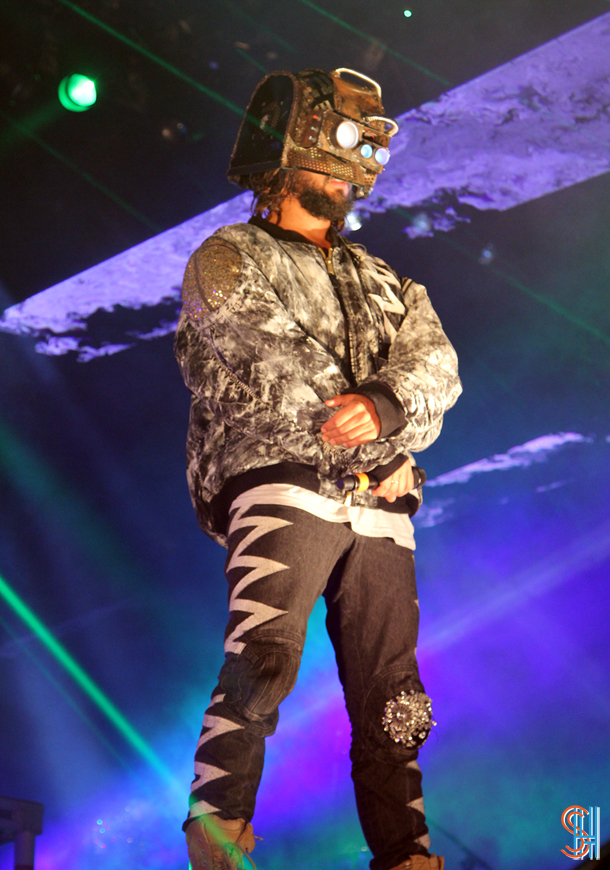 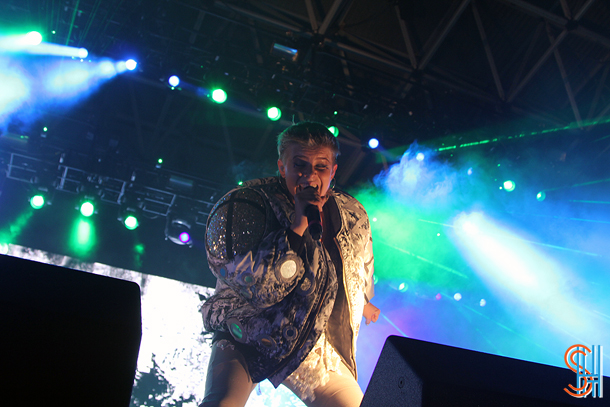