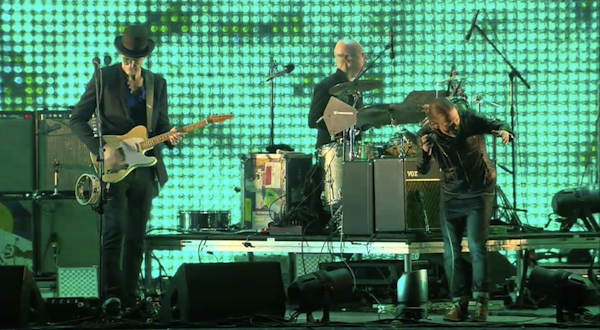 Closing out the second night of Coachella, Radiohead performed for what we’d guess was close to the full 75,000 people in attendance, with the exception of some who were over at the Gobi tent for A$AP Rocky and the Sahara tent for Kaskade.

The stage had a pretty high tech set up with moving video screens changing positions between each song, continuously, distorting, and filtering the show from different angles. It was indeed fitting to see their musically complex music with an equally high tech backdrop, but it didn’t take away from Thom Yorke’s soaring vocals, their syncopated guitar lines, and double drumming.

Thom Yorke was pretty talkative throughout the set, expressing before “Daily Mail” that they “play new songs to make sure that we’re still alive” continuing to say, “we are in fact still alive.” Even though he ran out of witty things to say by the end of the second encore,  he wished everyone a good rest of the weekend before playing “Paranoid Android” and adding “we love you.”

Starting off the set with “Bloom”, the crowd sang along to obvious favourites “Karma Police”, “15 Step”, and “Idioteque”, which came at the end of the set before they came back for a first encore of “Lucky”, “Reckoner” and a cover of Neil Young’s “After the Gold Rush” fading into “Everything In It’s Right Place”, and a second of “Give Up the Ghost” ending the night with “Paranoid Android”. Check out some photos and watch the entire live stream of the set below. 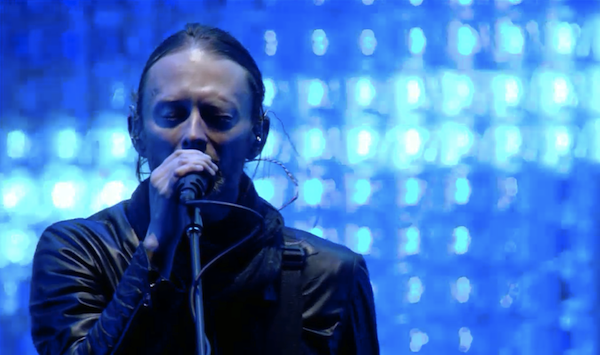 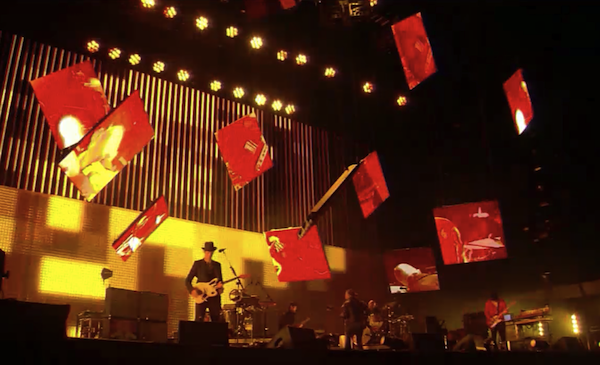 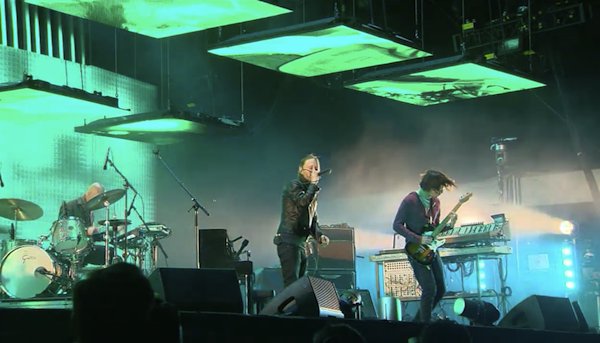 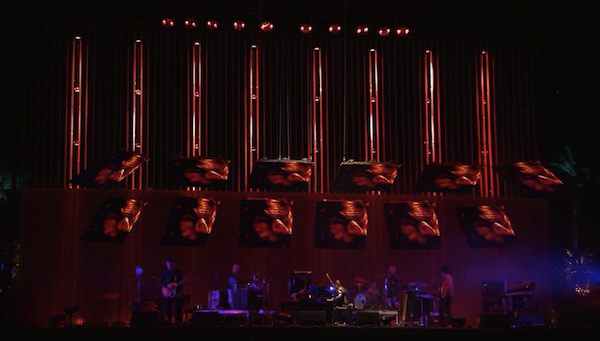 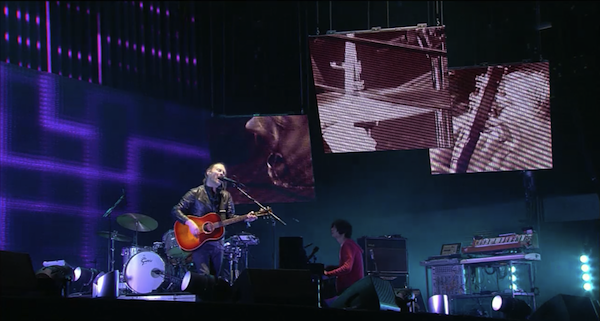 Encore One:
16. Lucky
17. Reckoner
18. After The Gold Rush (Neil Young cover into) into Everything in Its Right Place

Encore Two:
19. Give Up the Ghost
20. Paranoid Android