Live Music: Purity Ring at the Phoenix in Toronto 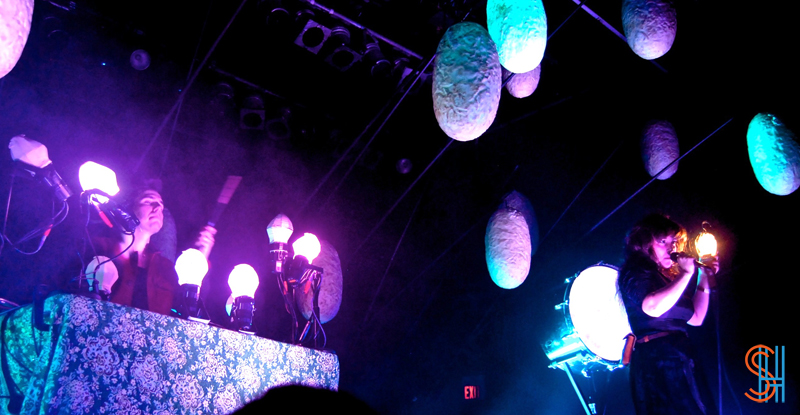 Friday February 1st, Purity Ring brought their North American tour to a close, with a sold out show in Toronto. The Montreal dark darling duo was joined by Brooklyn electronic art collective Young Magic. They opened the show and set the smooth synthy tone for the night. If you’ve yet to check out their debut album Melt, give it a listen and smolder away.

After the fitting opening act (and some very loud bass heavy hip-hop between sets), Purity Ring took the stage surrounded by glowing orbs. Front woman and all around adorable babe Megan James commanded the crowd in the cutest way possible. Decked out in an all black long dress, she sang like an angel and lurked around the stage with a lantern, hitting a giant light-up drum. Think cool future witch. Meanwhile, Corin Roddick grooved out on his collection of lightbulb lantern-eqsue synths. Together, they had the crowd going crazy. Even Megan James’ 91 year-old aunt made it out – a fact James announced before kicking into a Solja Boy cover. The night as well as the tour came to a close with the beloved and oddly romantic “Fineshine” – Cut open my sternum and pull my little ribs around you? Yes please. Happily. 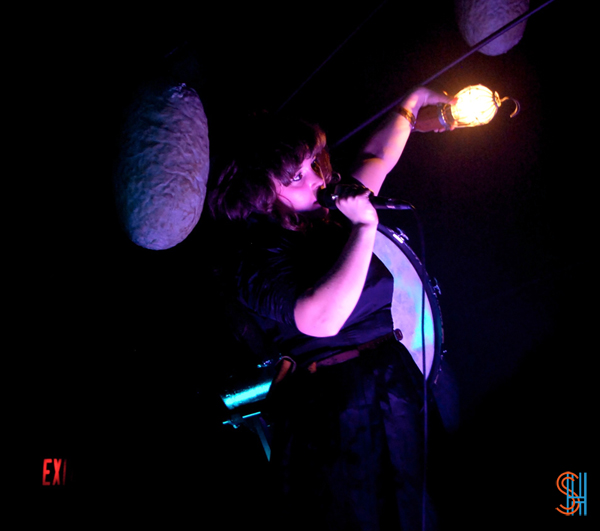 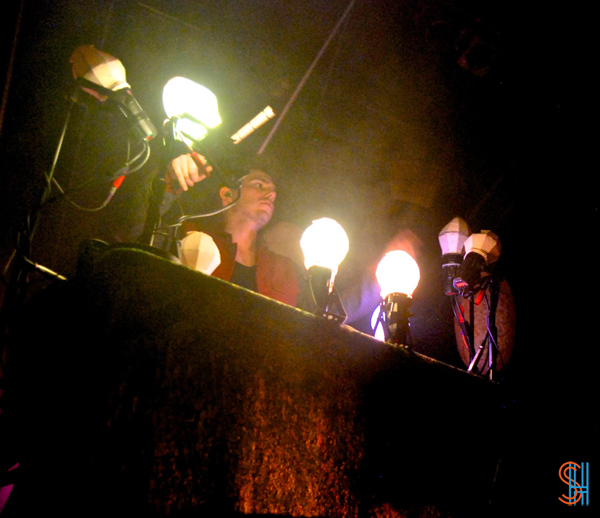 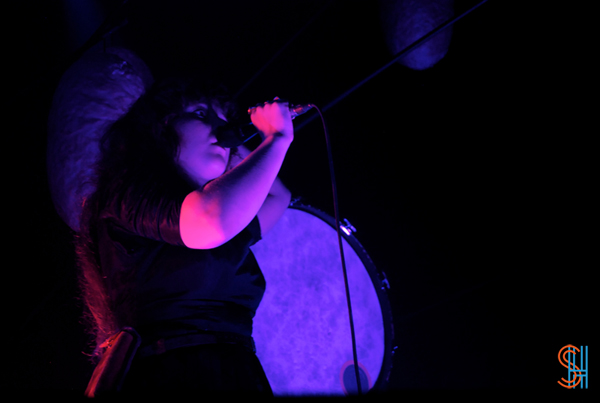