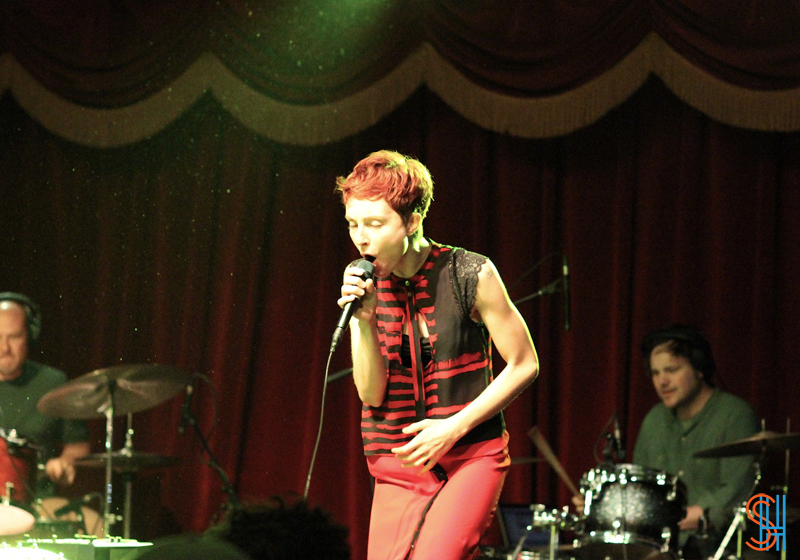 After hitting up Pure Bathing Culture’s early set we hustled over to Brooklyn Bowl to catch Polica after missing them earlier in the day at Governors Ball. Solid Gold were up first to provide some subdued downbeat dance tracks that had the crowd swaying. Lead vocalist  sat though most of the set belting out his lines with a sprinkling of emotion.

The crowd was primed for Minnesota’s Polica by the time they took the stage. Making a splash at SXSW earlier this year after collaborating with Justin Vernon of Bon Iver among others, it’s safe to say Polica is going to do big things. Glancing around the room last night, couples were well plastered, making out to the bands interesting brand of electro R&B.

Channy Leaneagh’s sweeping auto-tuned vocal lines were backed by two drummers and lots of lopping synth lines, to recreate the intoxicating sounds heard on hits like “Tiff” and “Give You The Ghost.” They played a couple new tracks near the end of the set which the crowd jammed along to and Leaneagh thanked them for being so awesome through their set. 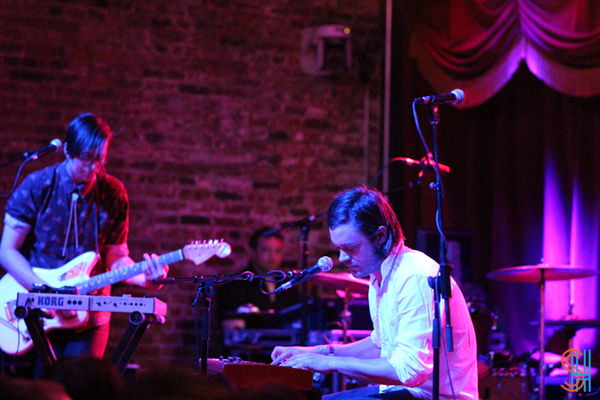 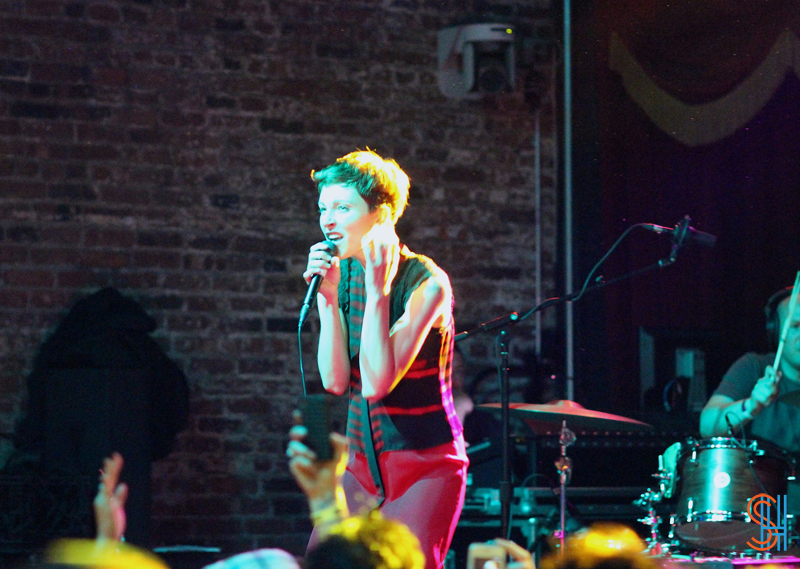 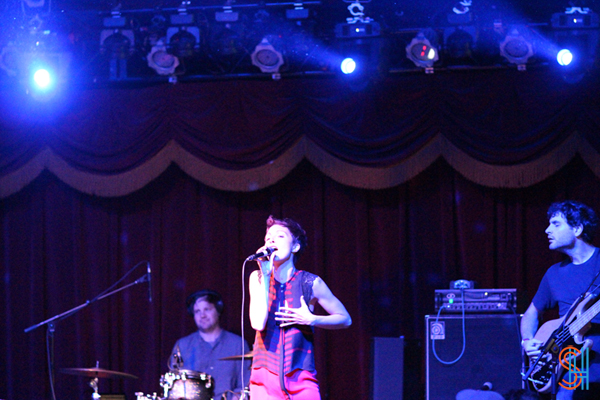 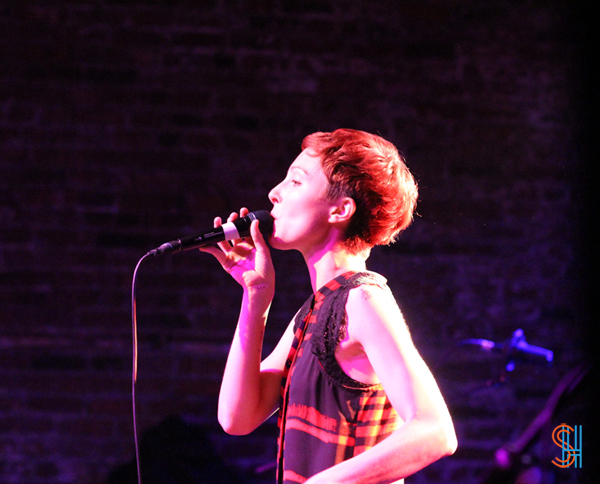 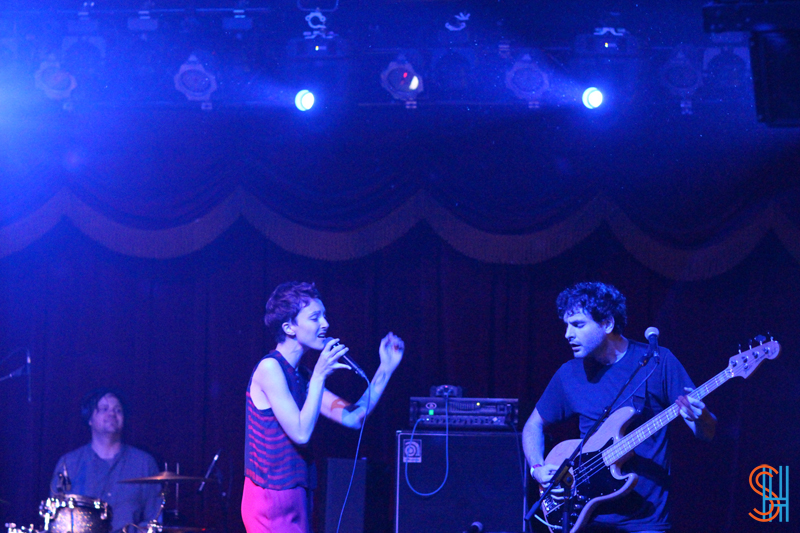