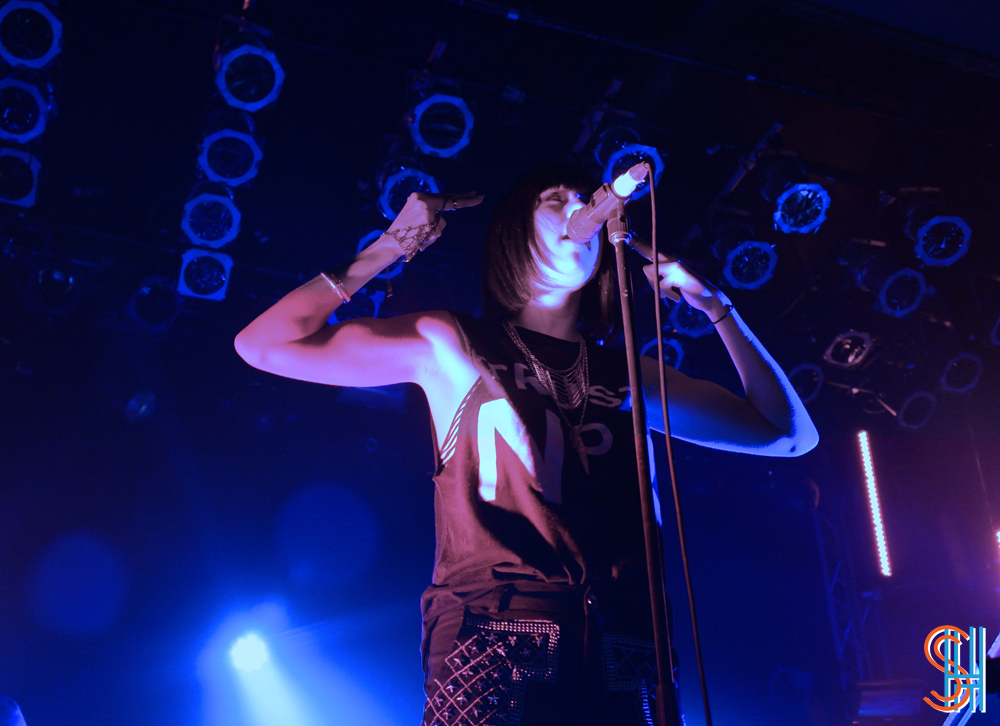 Phantogram has an ability to create an incredibly complex and layered sound on their albums and it takes real skill to bring this unique studio sound live on stage. Strobes, lasers, and coloured spotlights lit up the stage (erratically enough to induce a seizure) as the band entered with their first song, which made us feel like we were in one of their music videos with the band’s signature dazzling visuals. It proved to be a great backdrop to their moody electronic sound.

Their genre straddles everything from trip-hop beats, shoe-gaze, to electro-pop in such a way that it wasn’t surprising how well received they were by the sold out crowd on Saturday night. The band powered through a strong set of songs from their latest album, Voices, and their previous one, Eyelid Movies, which include crowd favourites ‘Fall in Love’, ‘When I’m Small’, and ‘Howling at the Moon’. Lead vocalist Sarah Barthel can definitely be considered as one of the current best female onstage performer along with Alison Mosshart of the Kills and Sleigh Bells’ Alexis Krauss.

She rocked the stage with her head-banging, infectious shoulder shrugs, and a healthy dose of sex appeal as her fresh and ethereal voice effortlessly pierced through the crowd, carried by the melodic synths and trip hop- like beats and samples. Needless to say, Phantogram is a consistently strong band who brings an incredibly energy to both their studio sound and destroys it on stage with their live performances. Fans can only wistfully wait for the next time when they next come back to Toronto. 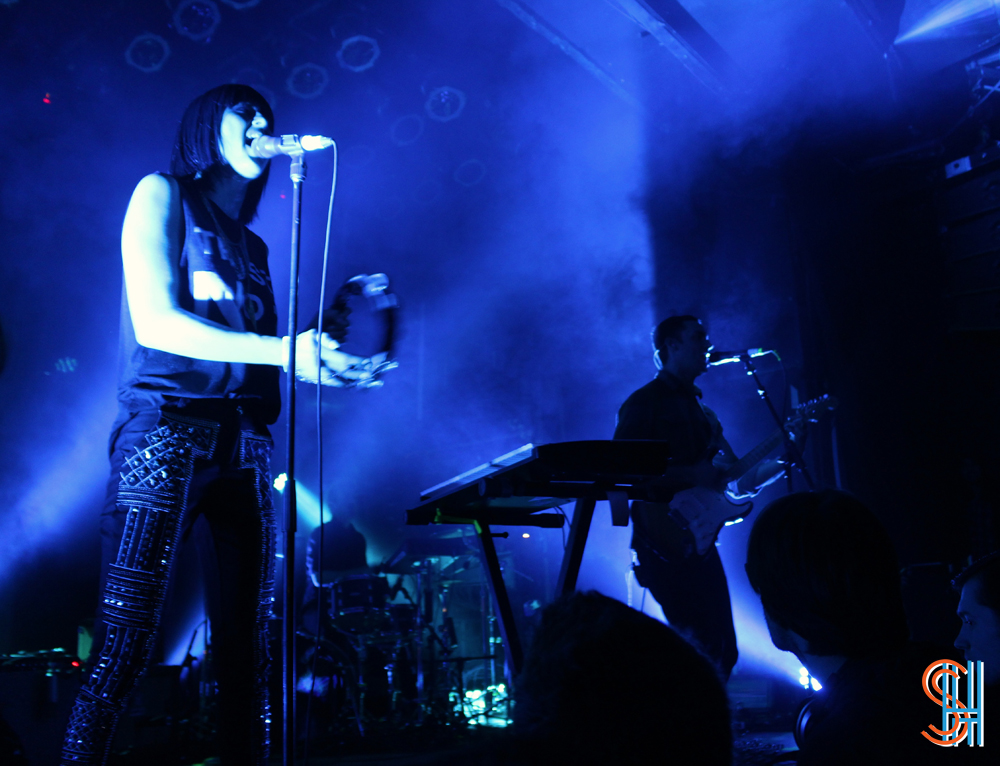