Last night, Wednesday November 12th, OVO Sound singer and producer Party Next Door took to the stage at his sold out Toronto show. Tickets for the intimate hometown show sold out within minutes when they went on sale, so you knew that everyone in that building was a real fan. The hour long performance featured Party performing on a stage set up to look like a living room, complete with sofa and (Persian) rug, as he performed all his hits from his two self-titled albums. Join him on stage was OVO Sound affiliate and local legend P Reign to perform “Realest In The City,” and boss man Drake came out to perform “Recognize” with Party. It was definitely a night to remember and celebrate. Well done Toronto. Take a look at the pictures and Vines below. 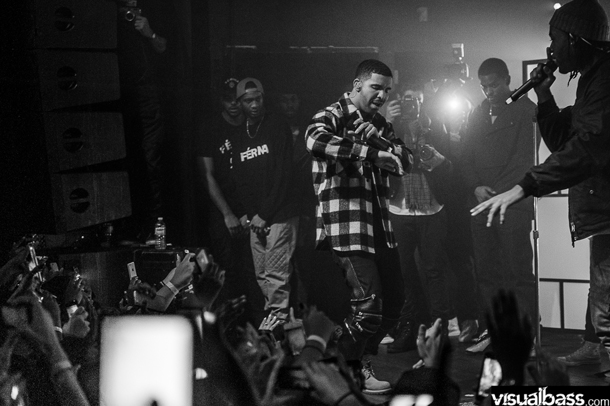