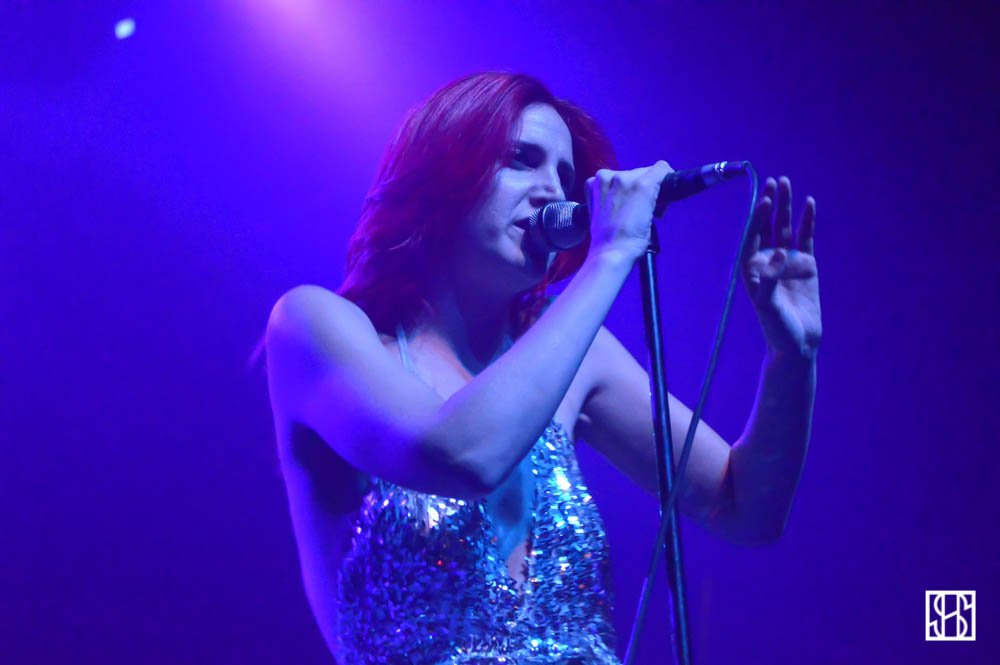 MSMR played a hometown show last night in NYC’s Terminal 5. We recently spoke to the duo about their new album How Does It Feel, their fans, and how excited they were for this show in particular. MSMR care about the whole package they’re presenting so their live show has to live up to their great pop songs. They didn’t disappoint. Dancing in front of huge neon letters that spelled out their name and decked out in glittery costumes, Lizzy Plapinger and Max Hershenow were full of energy. Honestly, we’ve never seen anyone dance quite like them. At times, Plapinger’s fire engine red hair blended in with their lighting, making her look like an actual ball of fire. Not to be outdone, Hershenow doesn’t skimp on dance moves while he’s playing the keyboards. He often quickly skipped to center stage to jam out with Plapinger, even pulling some pirouettes.

We confess to not having known too much about Jack Garratt prior to this show. We’re really glad we got to see him open for MSMR though because he’s fantastic. He reminds us a bit of Chet Faker (the beard helps) but perhaps with more dance moves. He also plays the guitar in addition to synth. We caught Vérité at last year’s CMJ showcase at Glasslands (RIP). Now with a full band, she’s expanded her set and we’re excited to see what’s next for her.

See our photos from the show below.