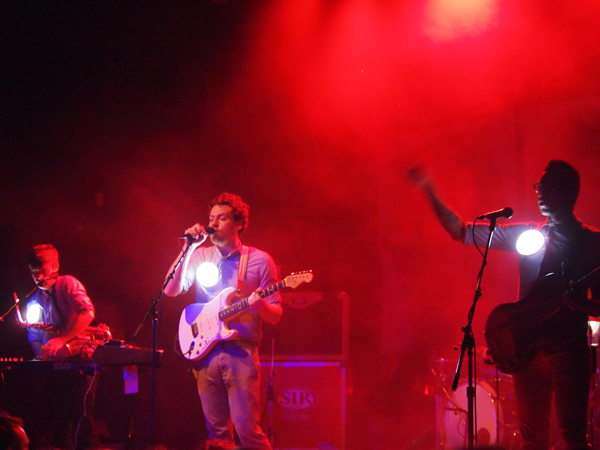 It was the middle of the week, cold, raining and somewhat late. We were lethargic and content after having a delicious  five course meal at the Thompson Hotel courtesy of Amex (shameless plug). However we knew this show was one we couldn’t miss.

After listening to The English Riviera almost nonstop for the last month, we knew we couldn’t pass up the cure to our continuous humming of our favourite tracks “The Bay”, “The Look” and “Corinne” off their third album. For a Frankenstein-eque sort of night, Metronomy brought high energies and a perfectly executed performance to the Mod Club, here in Toronto.

Standing in front of their four caricature face-backdrop, the English foursome causally ripped through their upbeat, contagious, electro-esque set. It was clear many of the fans in the packed venue were long time listeners, and also that a good amount of them were new-ish fans who cheered extra loud after their new music. We were part of the latter. 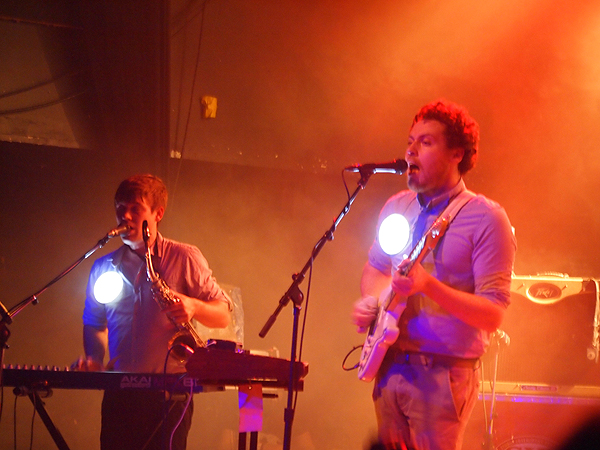 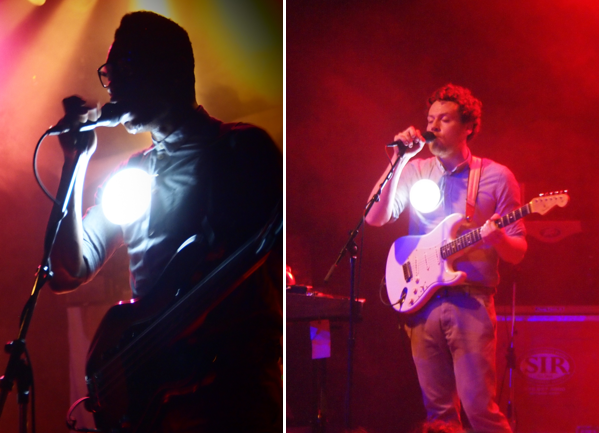 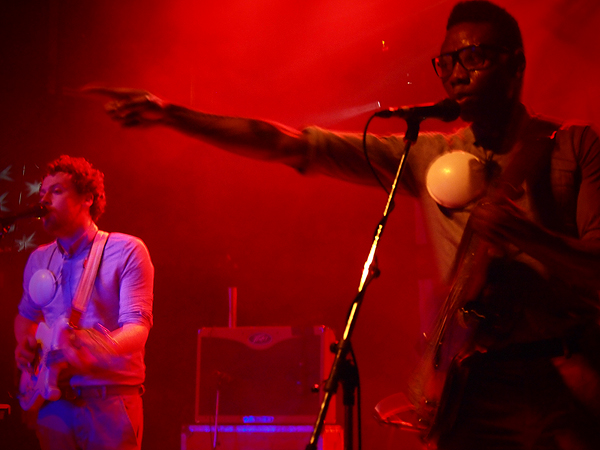