This past Friday night, December 14th, Cleveland Ohio rapper, Machine Gun Kelly took over the Kool Haus in Toronto for his Laced Up Tour. The high-energy show saw MGK diving off stage into the crowd, seriously dry hump a girl onstage, and spitting mouthfuls of booze into the mouths of the assembled screaming crowd. At one point Kelly he asked all the girls to show him their breast, starting licking a pair presented to him, at which point someone whispered in his ear and he stopped licking the aforementioned boobs and said “This is an all-ages show?!” It was a performance not to be forgotten! Take a look at the pictures of the show below, all of which were taken by our photographer LAUREL. 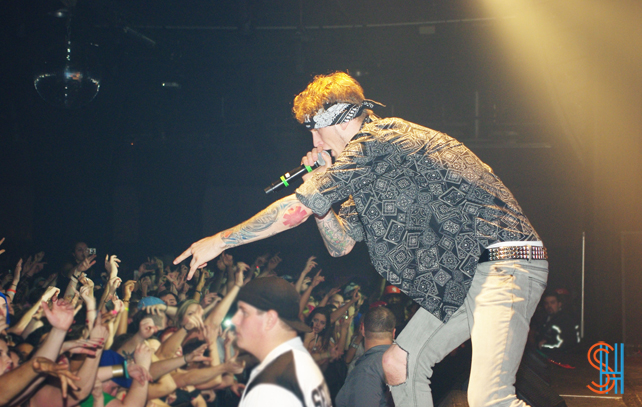 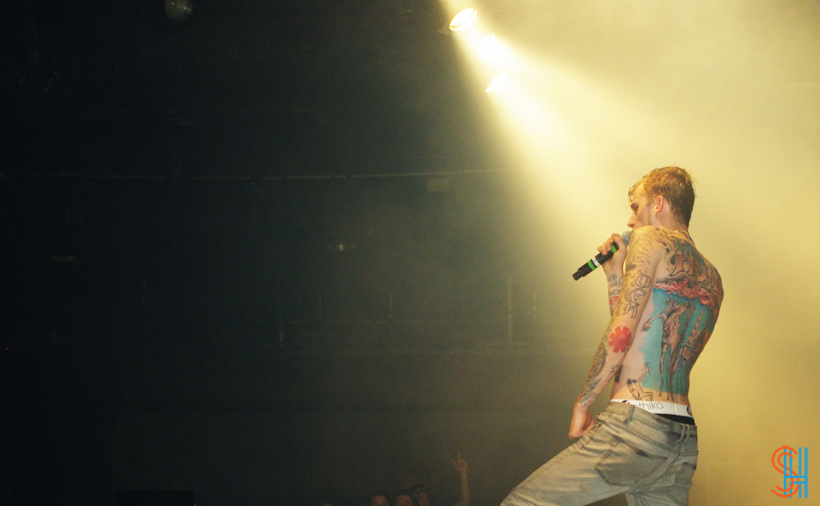 All photographs by LAUREL.