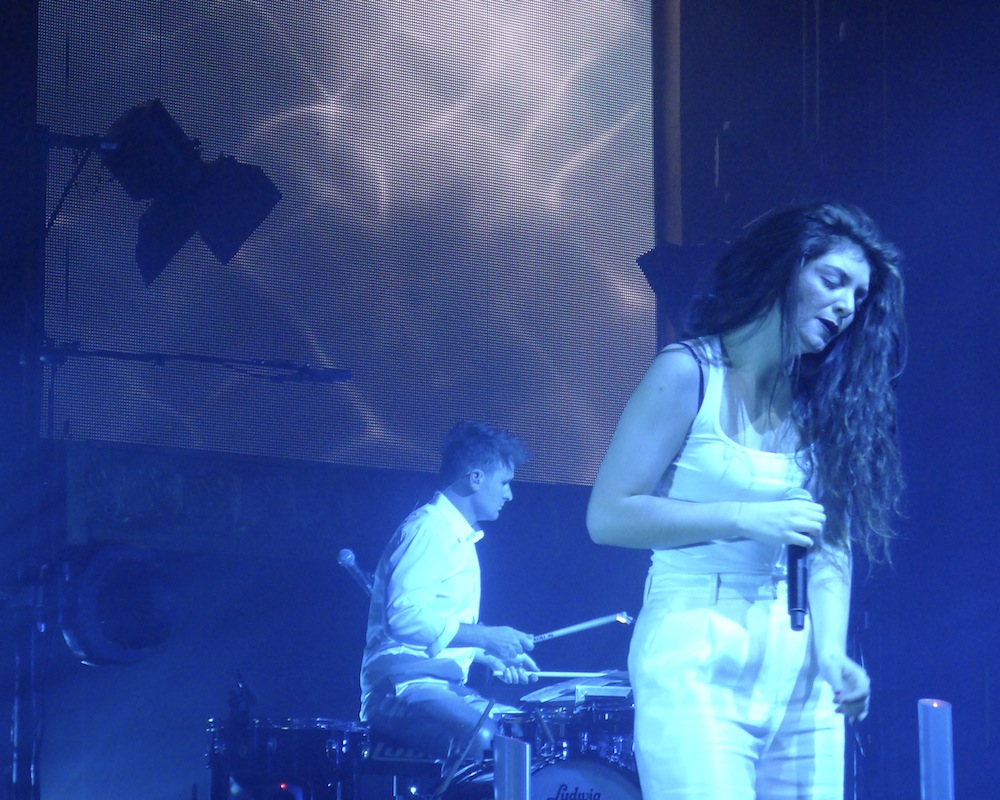 Having championed the charts with her songs for weeks straight before sweeping up two Grammys in January, Lorde has definitely taken a fast track route to the top since her previous venture to Toronto last October. With her signature untamed mane and dark lipstick, 17-year old Ella Yelich-O’ Connor dramatically sauntered onto stage and launched into the gloomy synth intro of “Glory and Gore”. Standing in a stark white spotlight, the singer commandeered the crowd’s deafening roar with her choppy body spasms. Yes, her questionably erratic dance moves have been a hot topic of discussion online, but it all seemed to weirdly make sense on stage as every jerk seemed to match with the ever-changing strobe lights and alternating colour pattern, which made her performance even more captivating.

Apart from taking quick sips from her mug, Lorde spent the whole set working the whole stage as she tore through her set list of bass-heavy songs, which everyone in the crowd faithfully sung back all they lyrics to. The performance itself didn’t diverge much from the studio album sound. Apart from a few experimental dubby interludes such as in “400 lux”, Lorde stayed true to her studio versions off Pure Heroine. Her vocals were intertwined with pre-recorded vocal tracks, which suited her existing simple and sparse arrangement found in most of her catchy songs.

With every body contortion and million-dollar hook, it seemed clearer how Lorde stands out in the top 40 music industry that sucked her into stardom. Everything from her sparse stage set up of just a drummer and a synth to her gothic minimalistic look, Lorde doesn’t fit into the mold of the glittery facade and flawless choreographed moves which seem to pack the arenas nowadays by music divas such as Beyonce and Katy Perry. Yet she manages to draw in the same energy, love, and fandom with her broody glamour that has given her the title as a global pop star.

The set seemed to run on fast-forward with a climactic build-up during her second last song ‘Teams”, which was transformed into a lush synth anthem. After disappearing offstage for a second, Lorde re-emerged, wearing a shimmery gold cloak and commandeered a confetti drop before her last song “A World Alone”. As her fans erupted in pure ecstasy, it was clear that the self-proclaimed queen bee has centered herself as the empress of pop who’s here to stay. 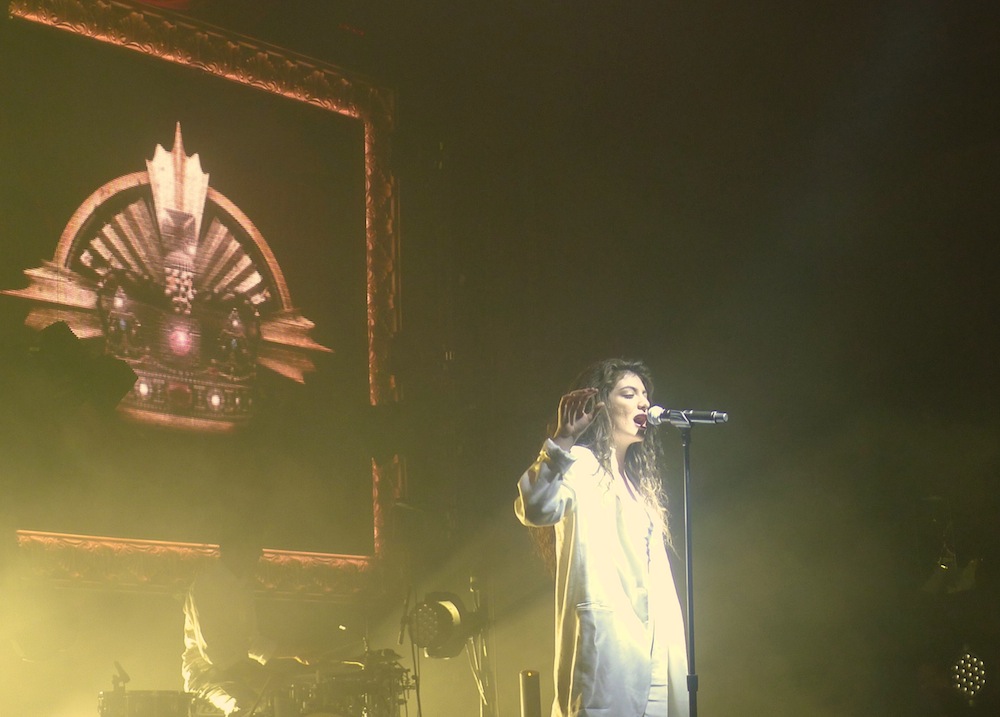