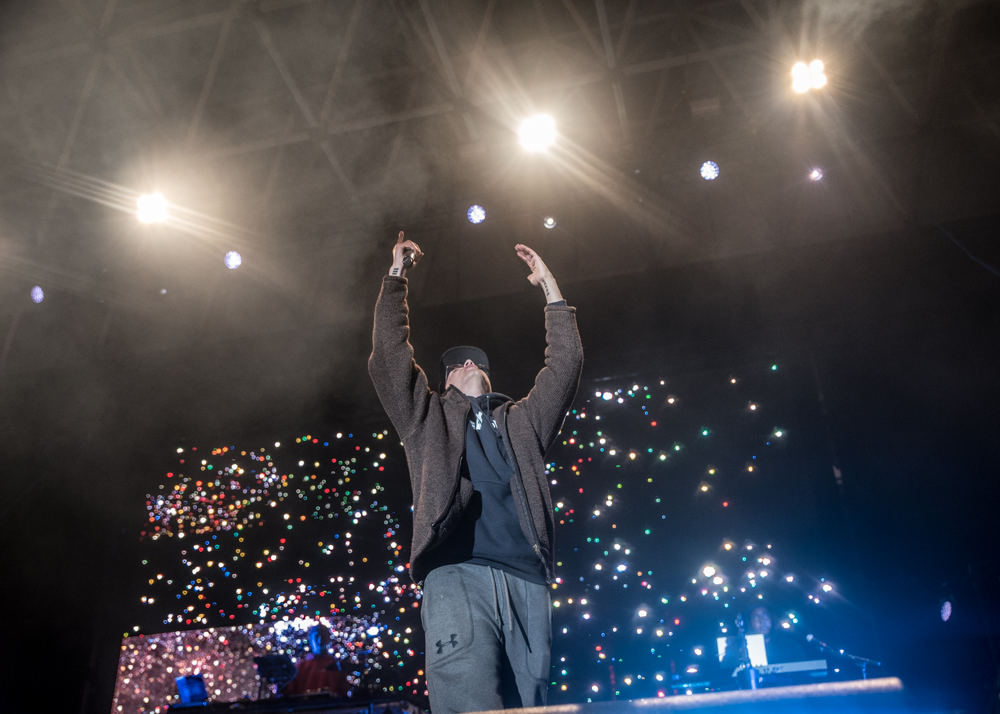 Following an unfortunate postponement in August (and rumours that opener Joey Bada$$ couldn’t perform due to looking directly at the solar eclipse), fans finally made their way down to Toronto’s RBC Echo Beach for the final date of Logic’s “Everybody’s Tour.”

After some solid opening vibes from Logic’s tour DJ Rhetorik and rapper/collaborator Big Lenbo, Logic appeared on the stage to a sea of screaming fans donning various pieces of merch with ‘EVERYBODY’ graphics. The Maryland native took a moment to address the ethos of “Everybody’s Tour” and explained that his shows are safe spaces for all.

Following the announcements, Logic took the lively audience through a whirlwind of music from his early days under Visionary Music Group (before he signed to Def Jam in 2013) to breakout hits from his recently released album like “Everybody,” “Killing Spree” and “1-800-273-8255” feat. Alessia Cara and Khalid. Supported by a backing band and DJ Rhetorik on the 1’s and 2’s, Logic delivered a high-energy set from start to finish and even took the opportunity to reminisce on his sold-out show at Toronto’s Phoenix Concert Theatre just last year.