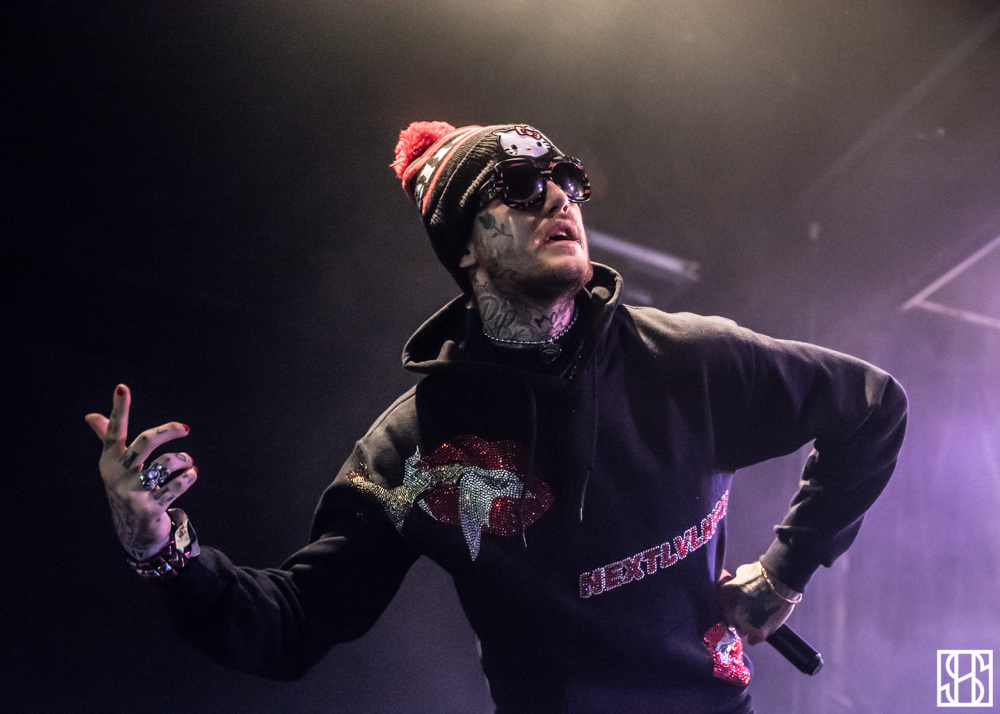 A long line formed outside Toronto’s Phoenix Concert Theatre last night in anticipation of the Lil Peep’s ‘Come Over When You’re Sober’ tour. The alternative hip hop artist recently released his studio debut, Come Over When You’re Sober, Pt. 1, and has spawned an army of fans that represent all walks of life. Fans of all ages, including many children with their parents, packed into the music hall for the sold-out show (many donning Lil Peep merchandise, of course).

Following a lengthy DJ set made up of highlights from Panic! At The Disco, Lil B, Papa Roach, Weezer, Young Thug and more, Lil Peep took the stage to address the crowd of screaming fans. Dressed in all-black with bedazzled accents and a Hello Kitty beanie, the New York artist ran through a vibey set of his viral hits including “Drive By,” “Benz Truck,” “White Wine,” and “Girls.”