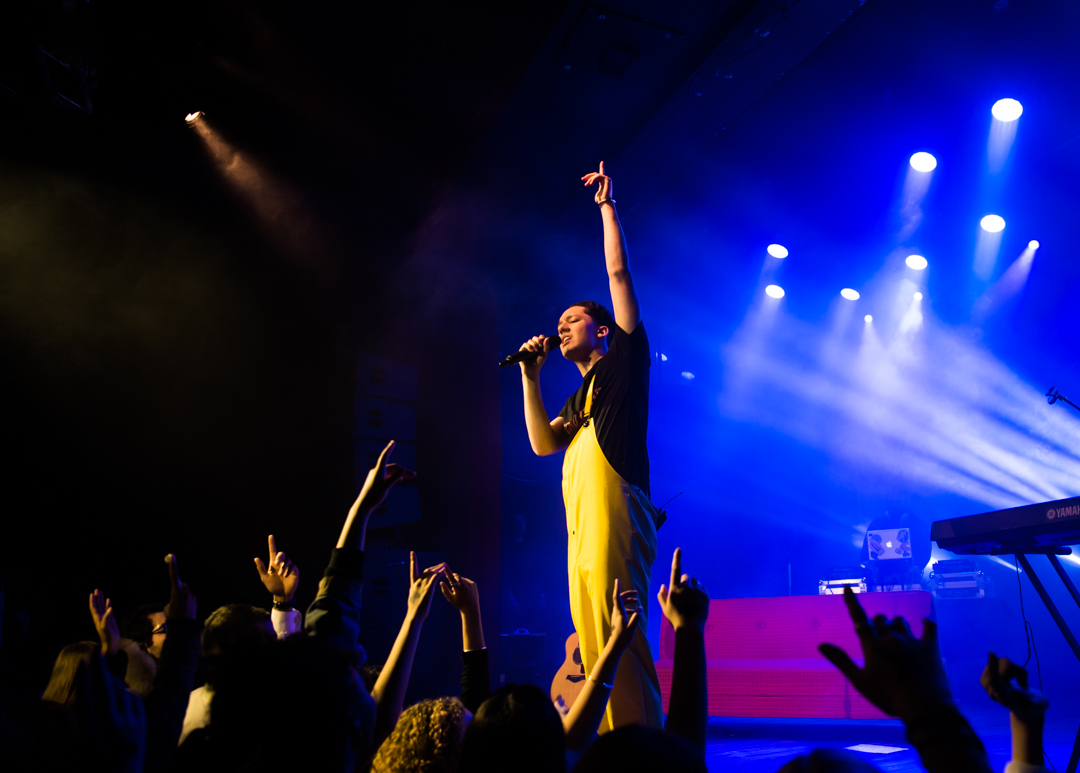 We first introduced you to Langston Francis back in November 2017 via our premiere of his debut single and video, “FCKD IT UP.” It has been a wild ride of a year for the young Kensington newcomer – festival sets, tour and a debut EP – but last night held a special place in Francis’ heart. It was his chance to headline the proving ground that is Toronto’s Mod Club Theatre.

The show began with an opening set from Toronto artist Julian Thomas. His performance was passionate and earnest and featured two tracks that he had just dropped six hours before the show. After remarking that it was only his second performance ever, Thomas thanked the crowd and allowed for a quick stage change before the headliner.

Langston took the stage to an enormous uproar of cheering from the crowd and opened his performance with the single that started everything. Accompanied by his DJ and a drummer, the young artist lead the warm, enthusiastic crowd through soulful performances of tracks from his debut EP, Roaming, like “Circles” and “Fall From Grace” – the latter of which has received a lot of love from Canadian radio. Bouncing back and forth between his guitar and a keyboard, Francis even treated the crowd to a special performance of an unreleased track entitled “Peaches.” Noting that he had always dreamed of performing Mod Club, the evening closed with an extensive meet and greet that resembled something closer to a large family reunion.

Check out all of our photos below and watch his new video for “Circles” here.