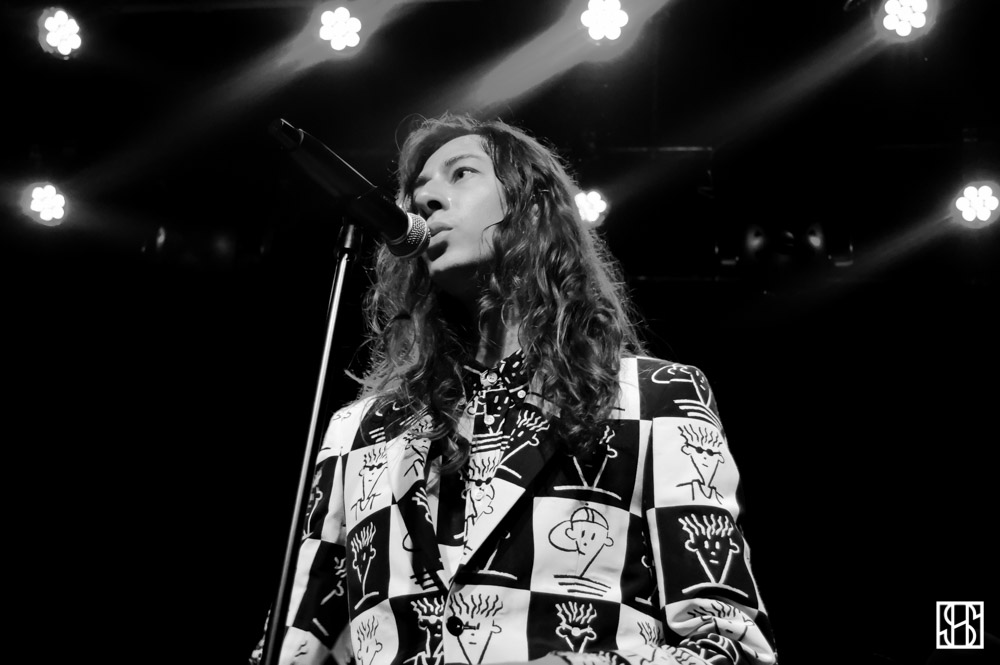 Adam Bainbridge, known as Kindness, played a sold out Rough Trade in Brooklyn last night. The tall and lanky Brit danced all over the Williamsburg venue’s small stage, even going up to the balcony to harmonize with his guitar player Bryndon Cook, known as Star Child. From the moment he stepped on stage, it was apparent Kindness came to dance and he wasn’t leaving until everyone was sweating and smiling. He enthusiastically interacts with his band and fans throughout the entire show, barely taking a few seconds to sip water.

He performed songs from 2014’s Otherness as well as his debut World, You Need a Change of Mind. He also covered his friend Blood Orange’s “Champagne Coast.” Dev Hynes and Bainbridge are long time collaborators (he directed several of Hynes’ music videos as well), and after watching him live it’s obvious this is a family affair. Half of Kindness’ band actually plays with Blood Orange as well as Solange. He commented during the show that there’s never been a scheduling conflict but that it’s bound to happen at some point. Another good friend joined him on stage to play percussion: Chris Bear from Grizzly Bear. Bainbridge actually lived with the Grizzly Bear crew in Williamsburg for a short time.

One of the highlights of the night was when every band member and some crew got on stage to assist during a go-go song. If you’re not familiar, go-go is a funk genre from Washington, DC. Two of Kindness’ band members are from DC so they were very well suited. Kindness has worked with Trouble Funk before as well.

Pell and Obey City opened for Kindness. Major props to Pell for rapping over a Tame Impala beat. 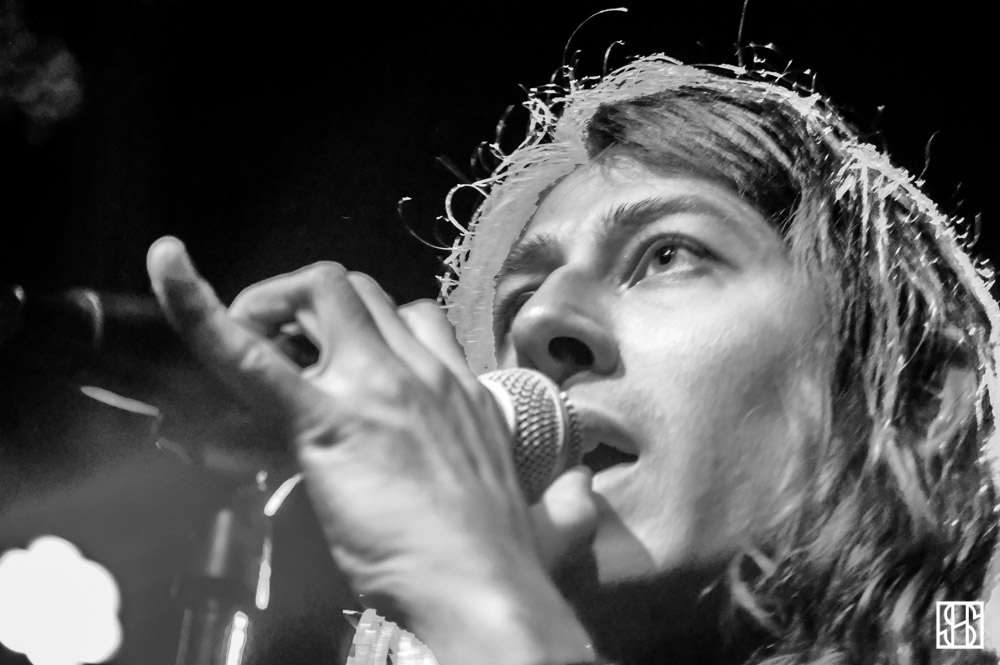 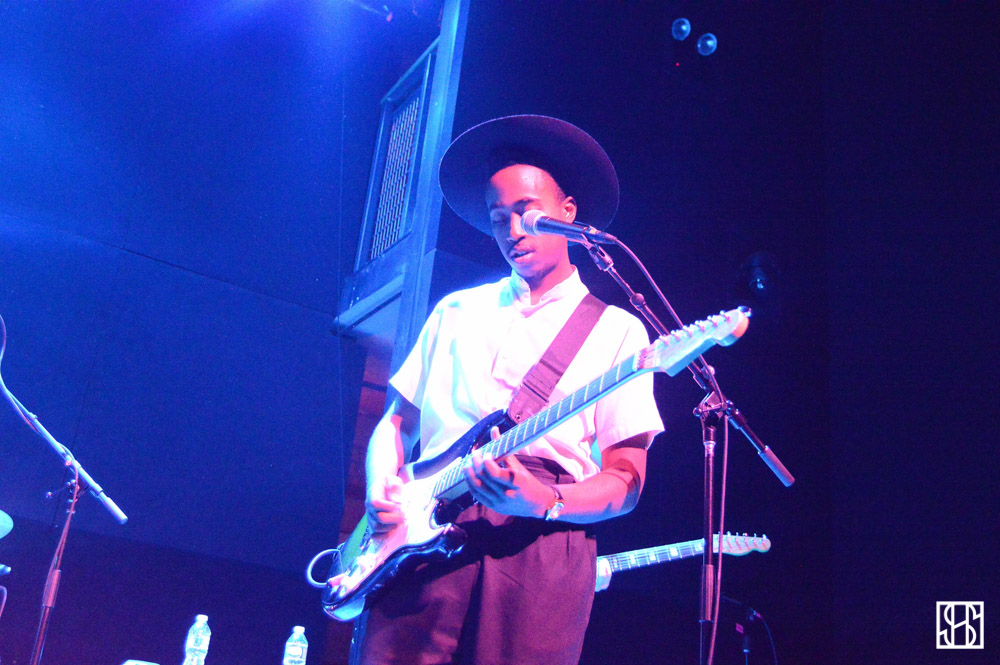 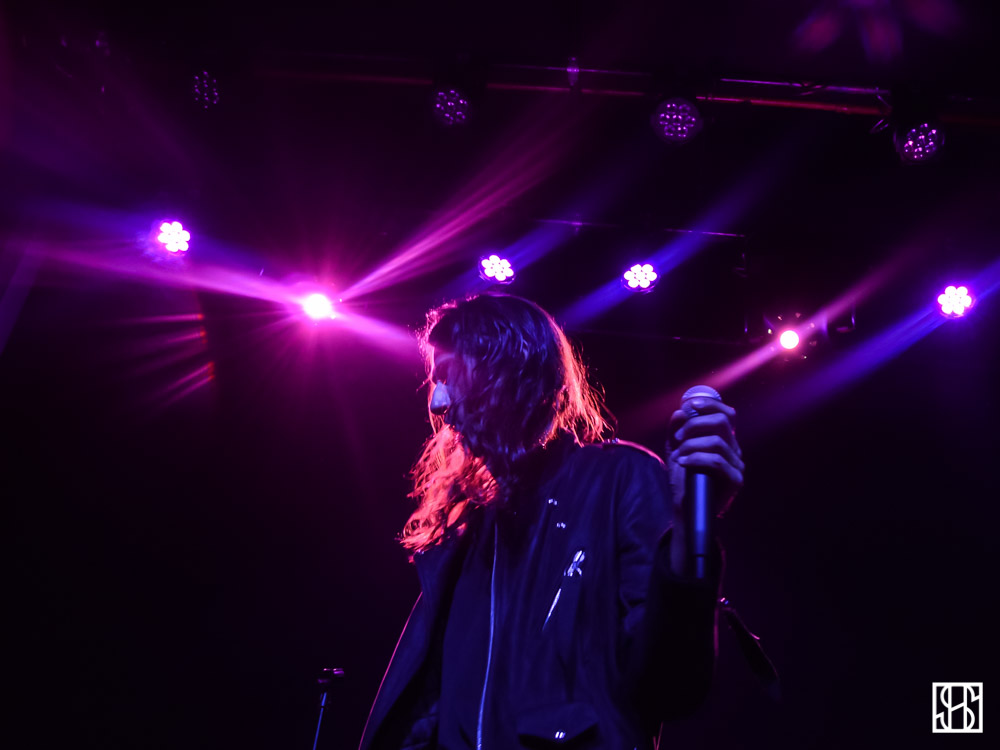 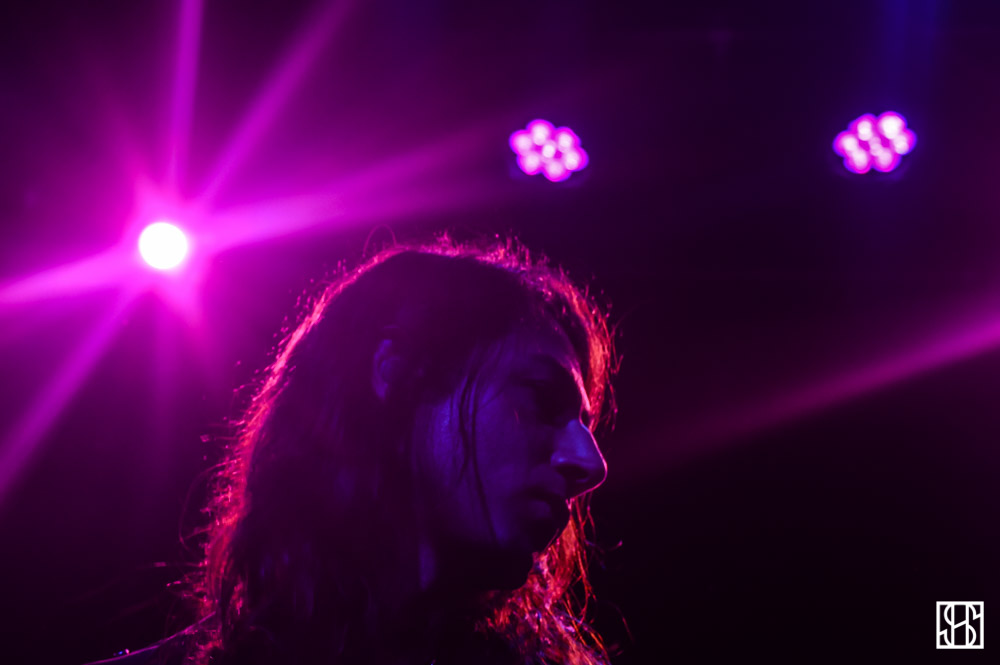 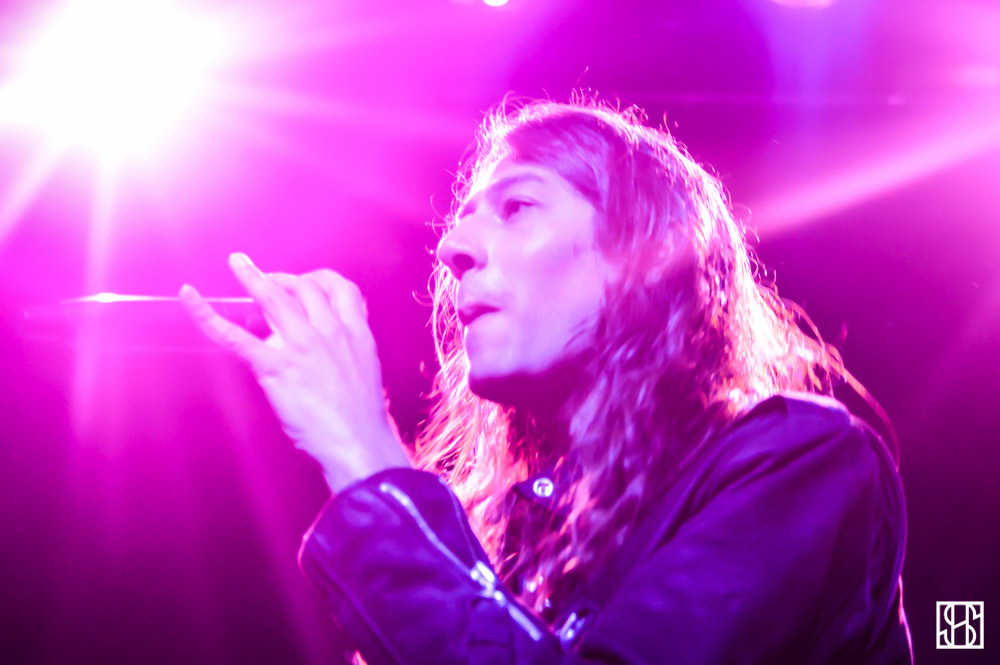 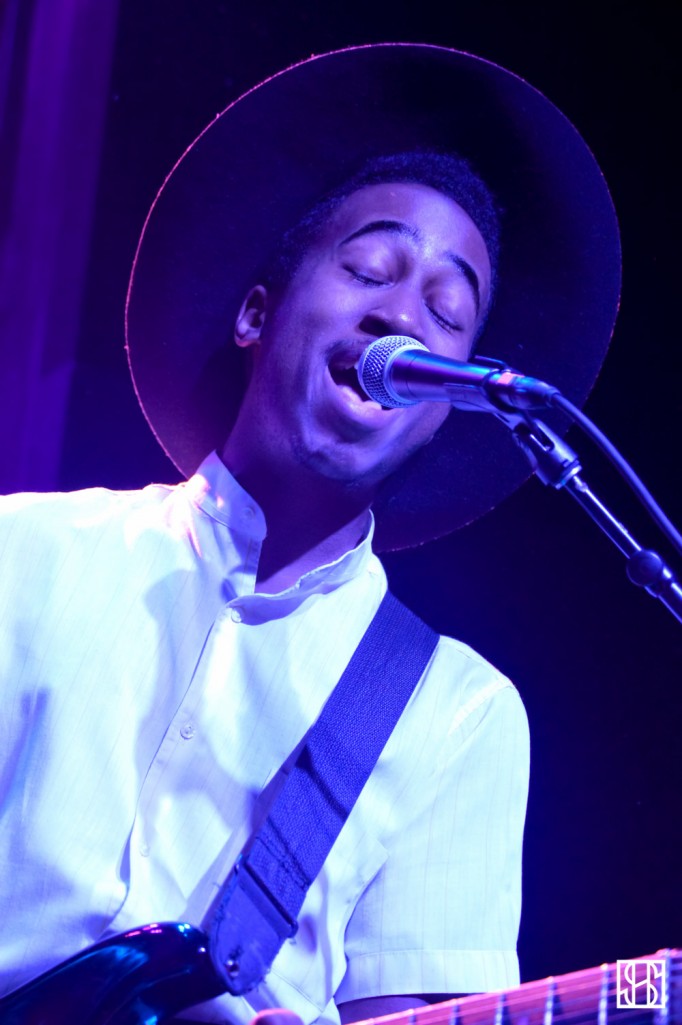 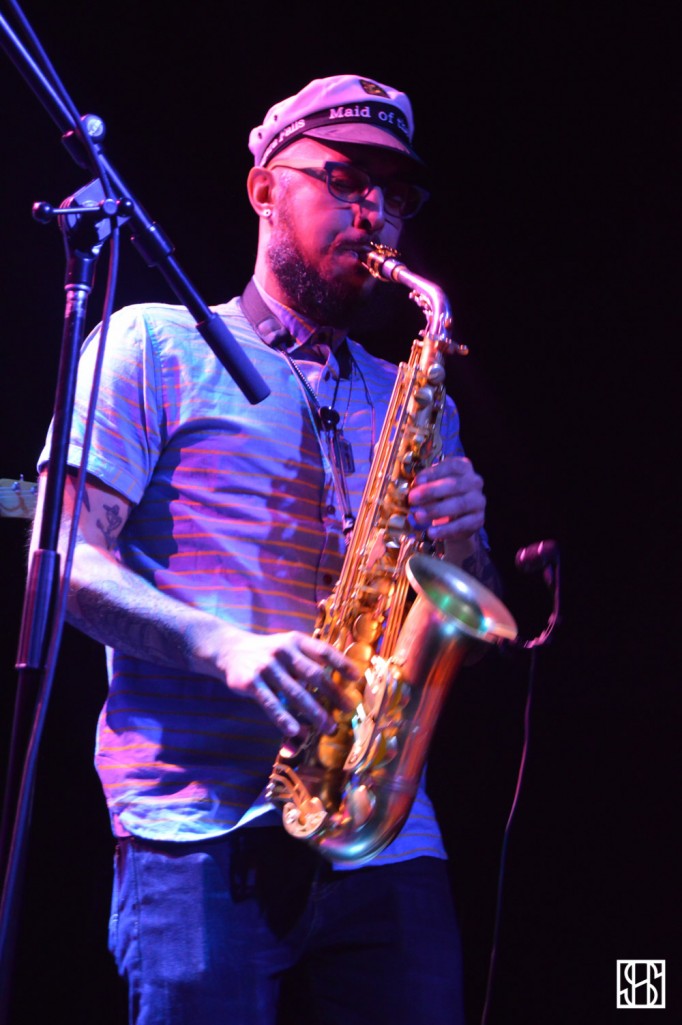 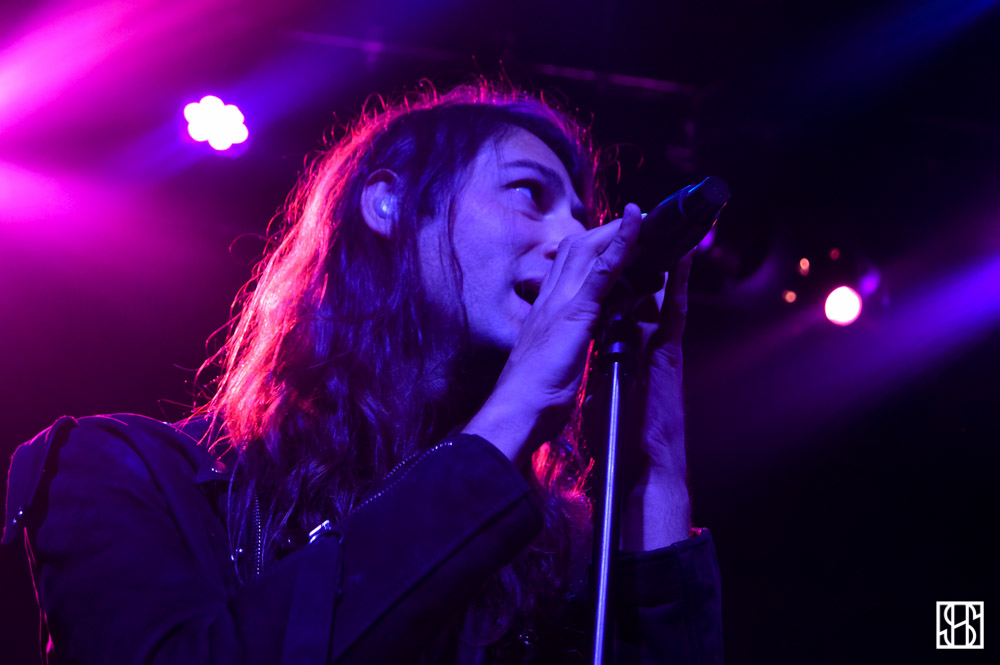 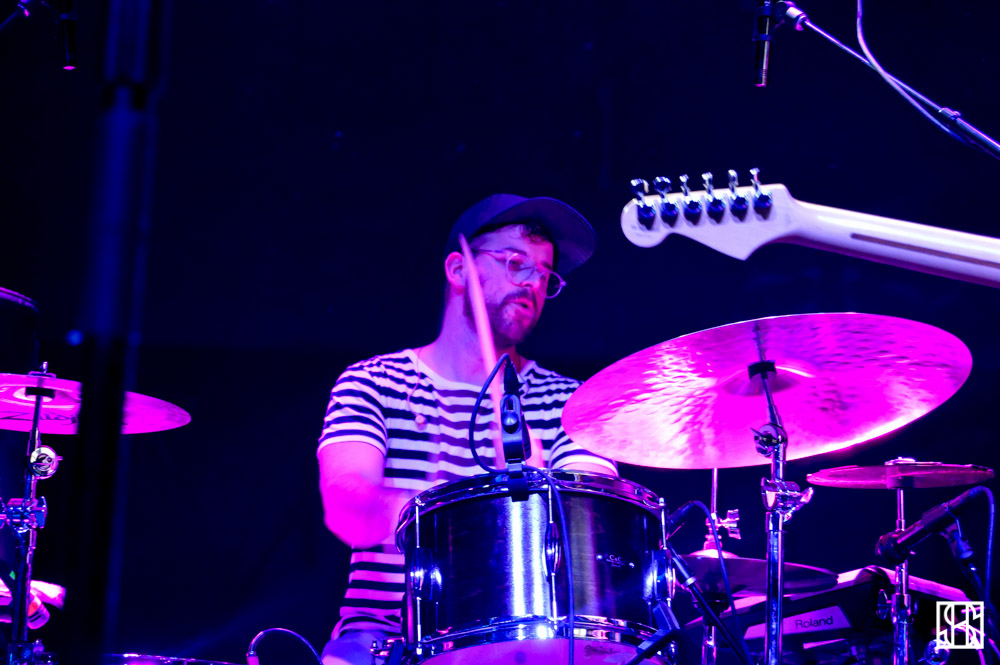 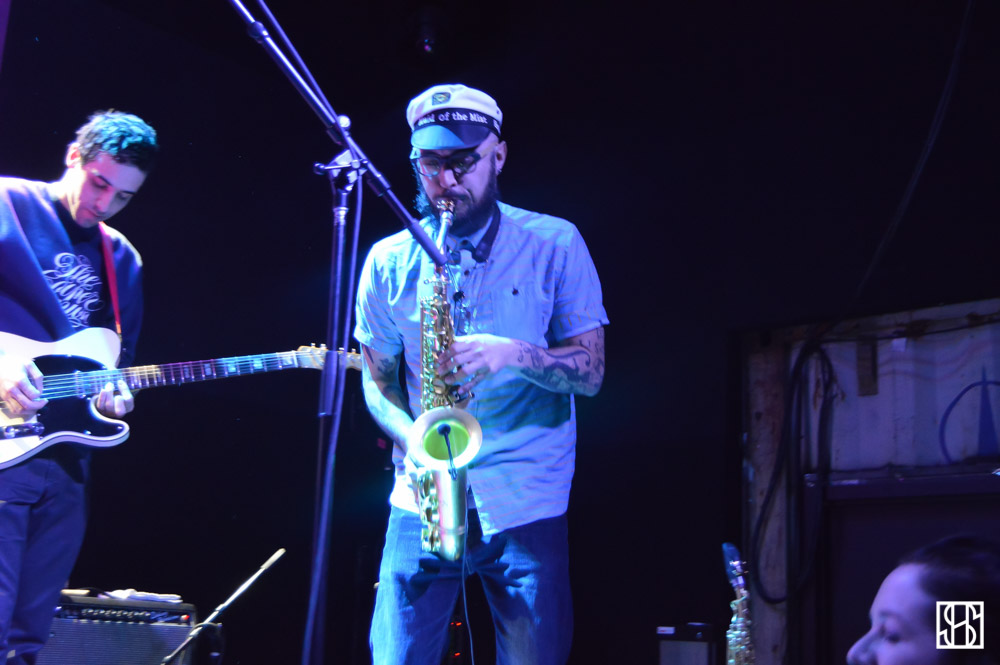 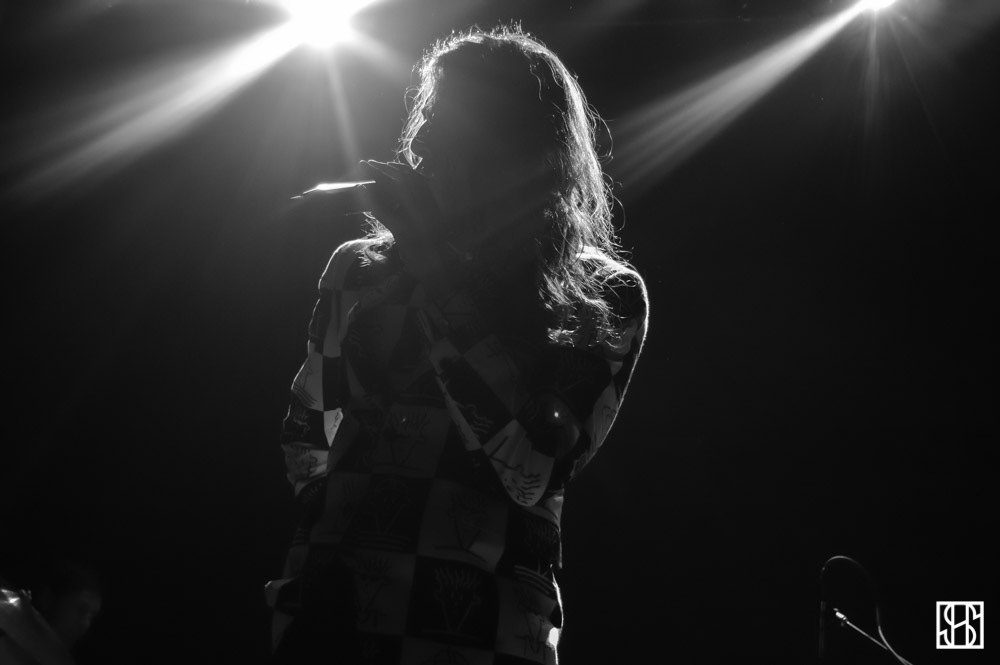 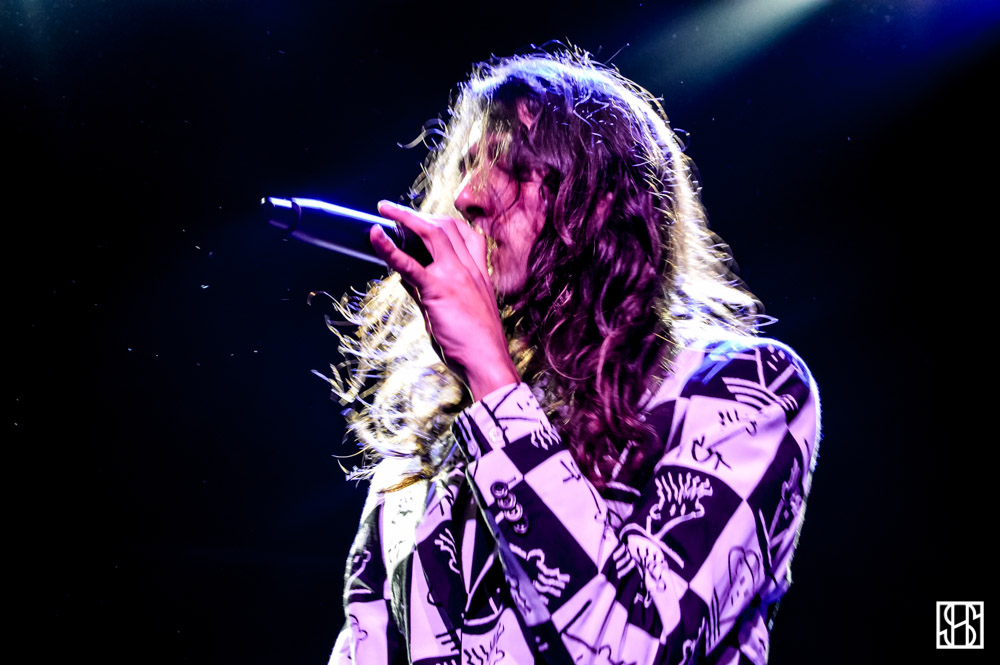 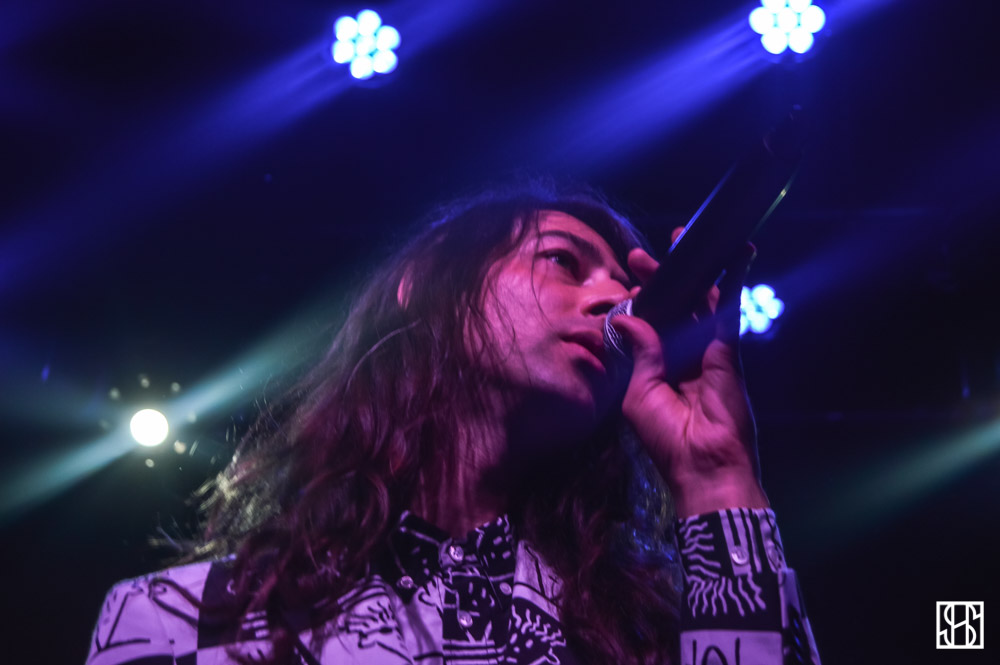 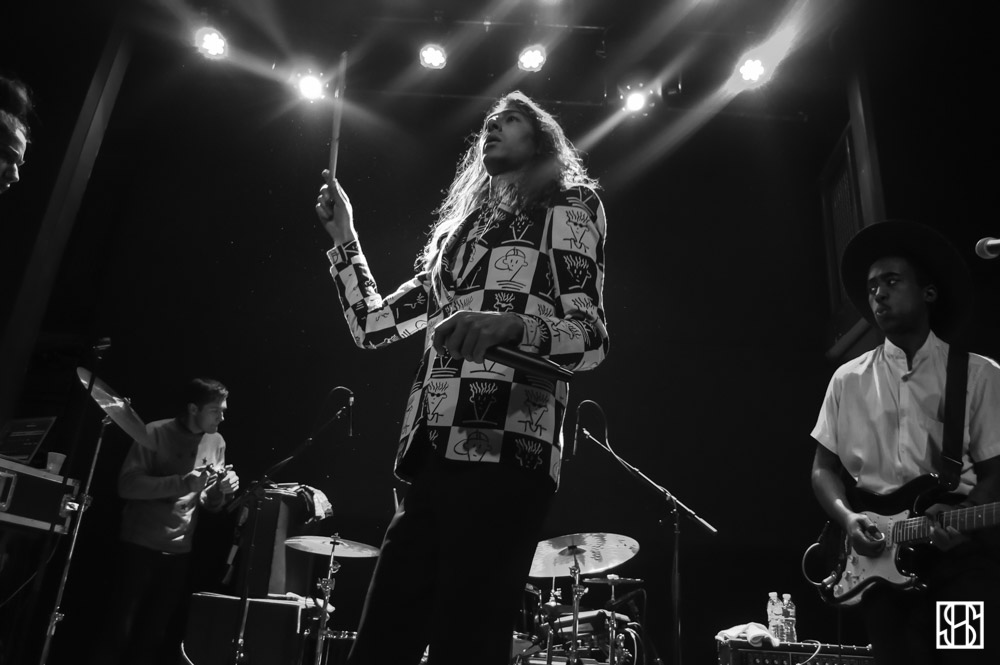 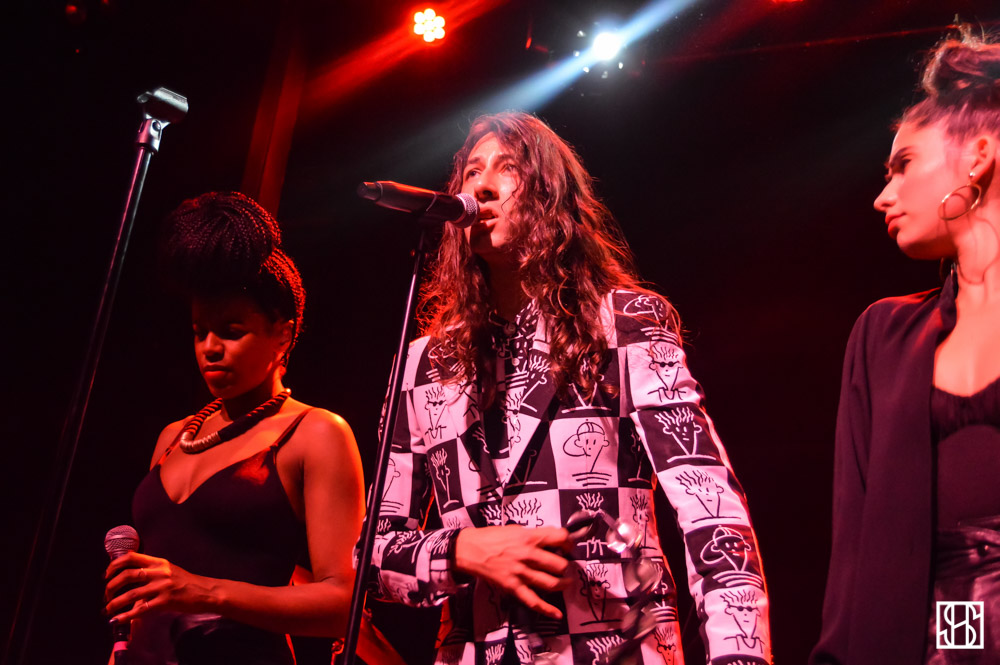 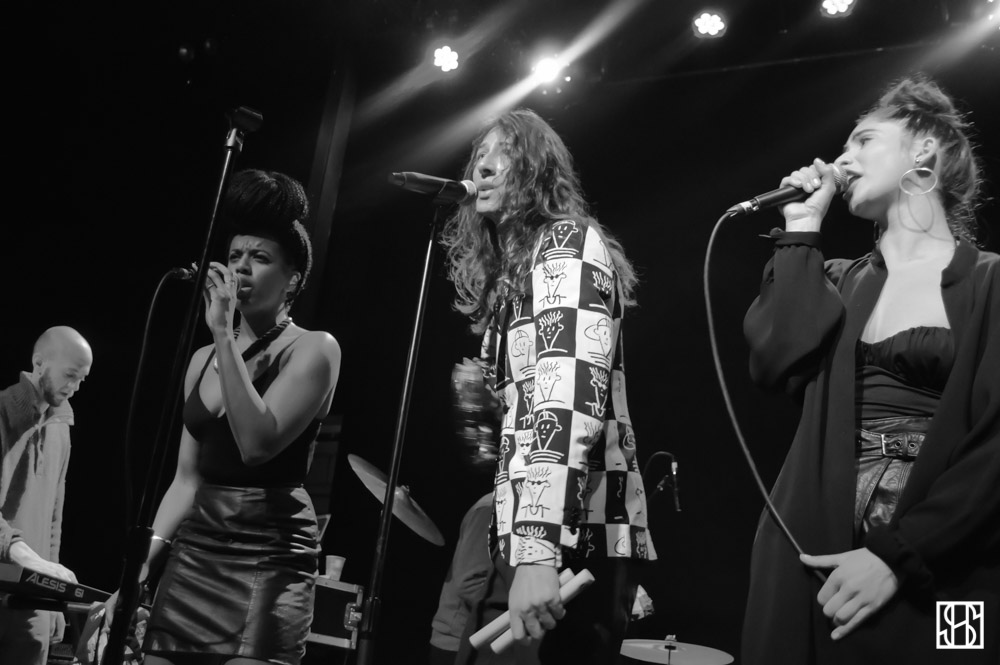 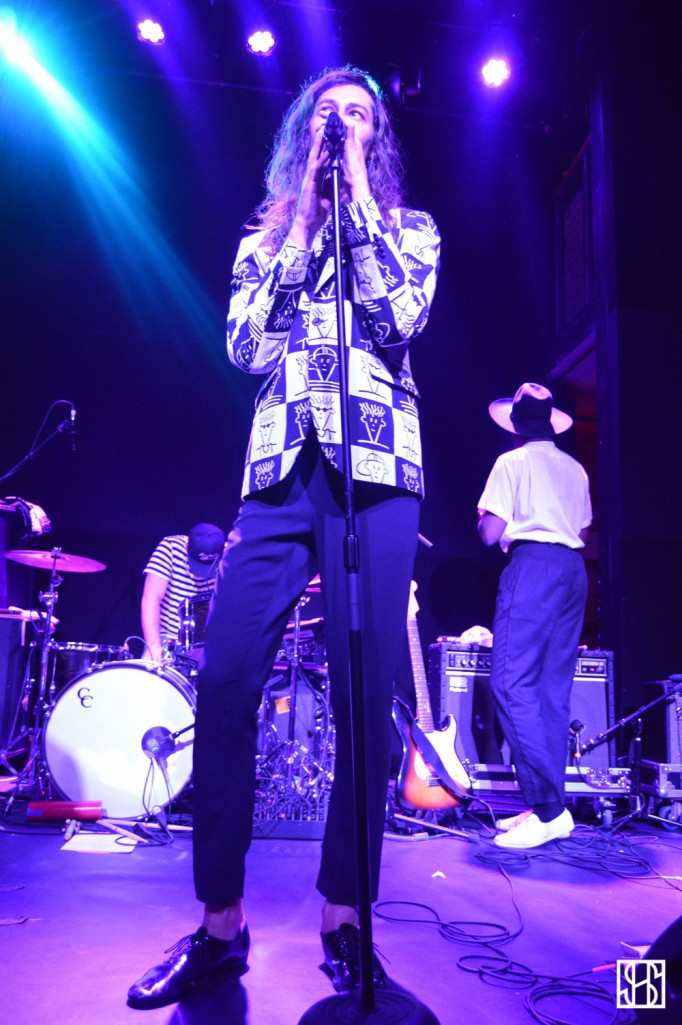