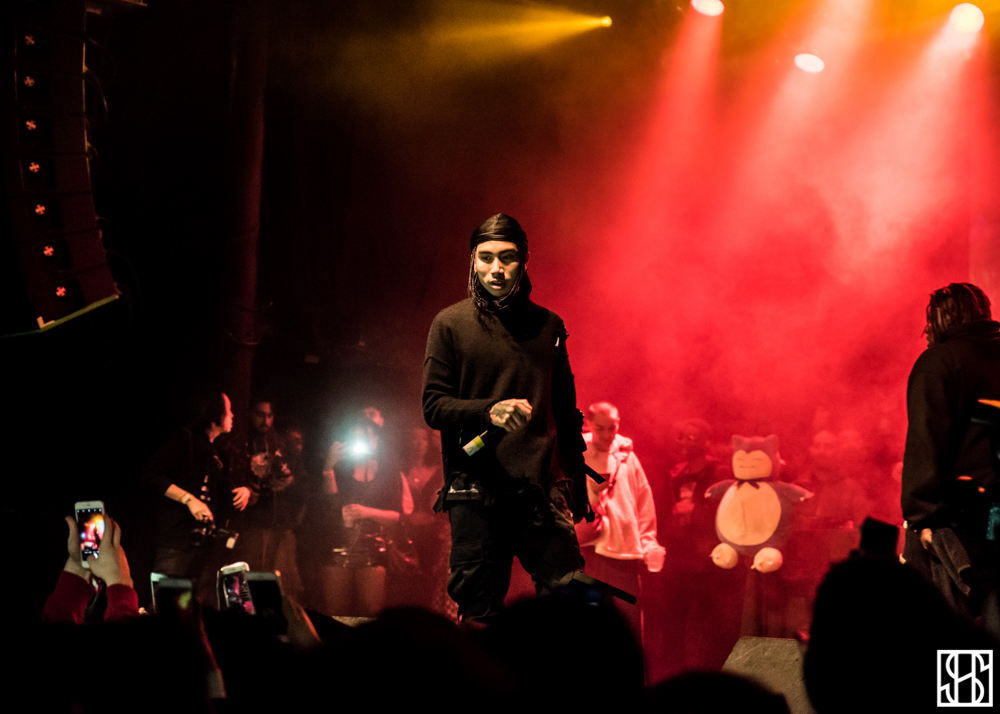 It’s common for rap shows to have a number of DJ and/or artist openers but the simple process of getting a sold-out crowd into the Phoenix took almost two hours and left no room for gimmicks. Once the space was adequately full, frequent collaborator and producer London Cyr took hold of the decks and lowered the lights as Killy exploded from behind the curtain and onto the stage.

The young artist began his set with the prophesying “Surrender Your Soul (Intro)” and didn’t let the energy level drop until the very end of the show. In between chants of “KILLY, KILLY” and “FUCK LIL XAN, FUCK LIL XAN” (a nod to his beef with the California rapper), Killy delivered skillful performances of tracks like “Distance,” “No Sad No Bad,” “Doomsday” and his 16yrold collab, “No Romance.” The floor and walls of the Phoenix shook as the show concluded with two back-to-back performances of his smash hit, “Killamonjaro.”