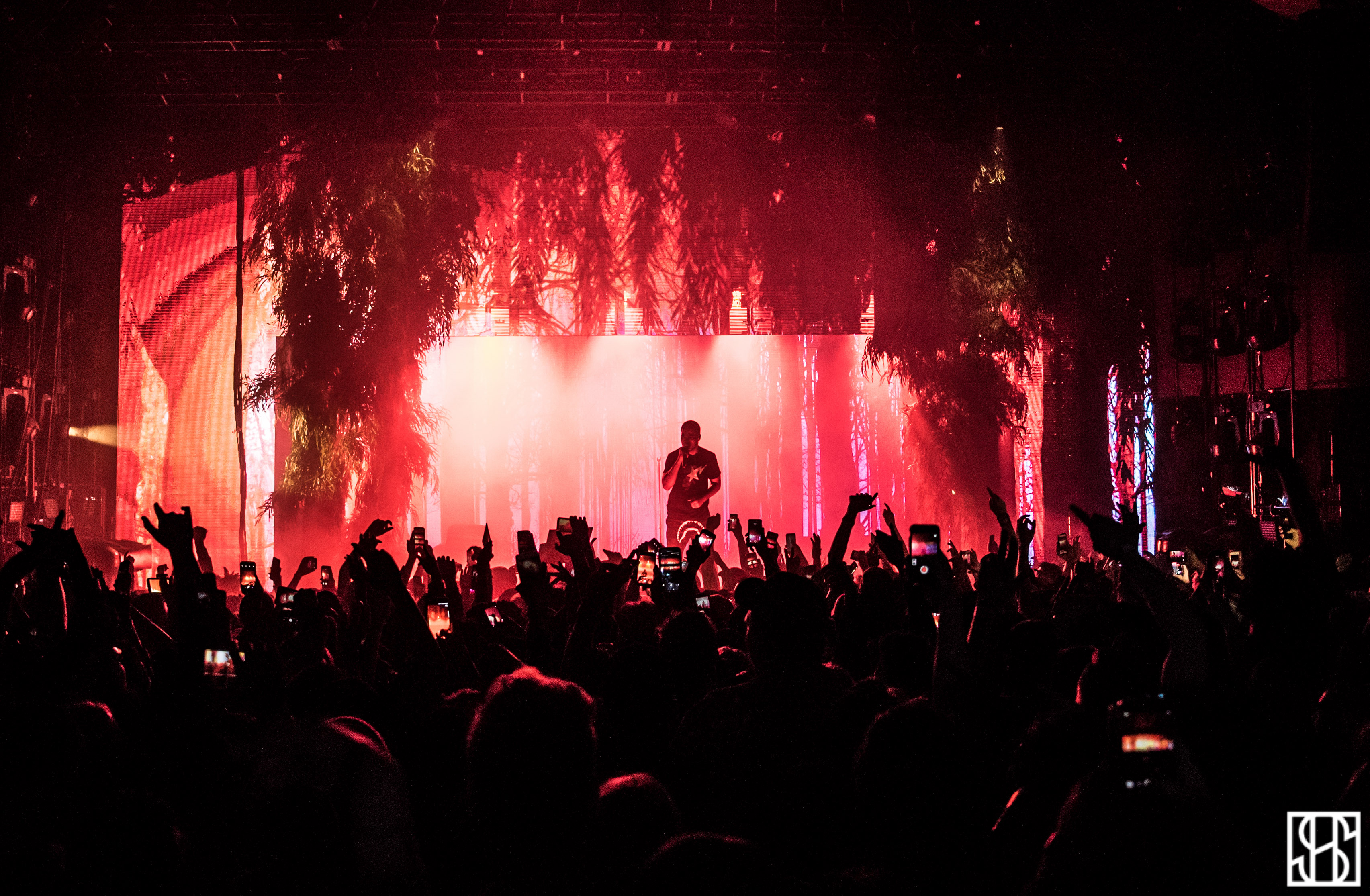 There was a special energy in the air as we approached REBEL last night for the Toronto stop of Kid Cudi’s Passion, Pain & Demon Slayin’ tour. Mumbles of “I can’t believe I’m at a Kid Cudi concert” and “I never thought I would see Kid Cudi in my life” filled the noticeably long line – there were no openers so everyone had to be on time if they wanted to catch a glimpse of the elusive artist.

Initially, the crowd was fairly tame but the restlessness in the room rose as the audience grew in size. Chants of Cudi’s name echoed throughout until the lights fell and the stage curtains were drawn to reveal a multi-layered “gateway. As the music began, a psychedelic dream world was projected onto the stage. The music rang louder and louder and the layers began to peel back one by one to reveal the man of the hour.

Cudi immediately launched into a jam-packed set backed by a dynamic, colourful light show. Although he began with newer tracks like “Baptized in Fire” and “The Frequency,” the loyal fans were treated to legendary Cudi cuts including “Marijuana,” “Pursuit of Happiness” and “Mr. Rager.” The audience also caught rare performances of Cudi’s contributions to Travis Scott’s “Through the Late Night” and Kanye’s “Father Stretch My Hands, Part 1.”

Cudi took a number of breaks in the show to thank his fans for loving him and supporting him throughout his career. “We love you!” shouted a group of fans in the crowd to which Cudi responded, “I love you too and I didn’t forget about you.  I’ll never forget about you.” 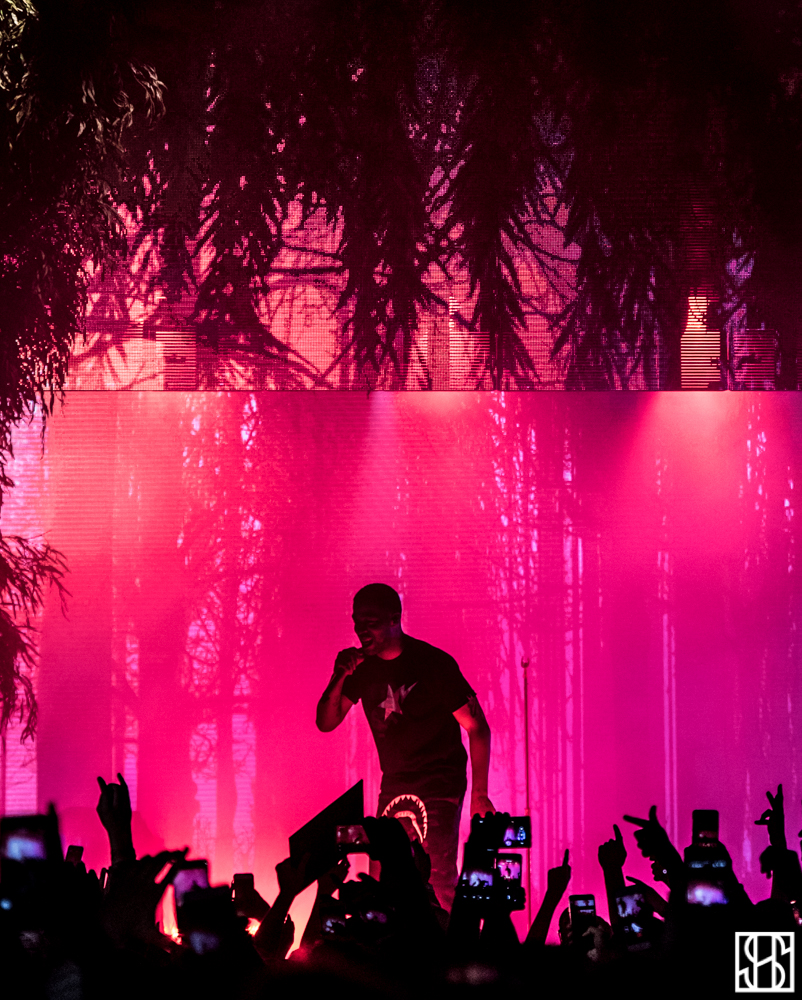