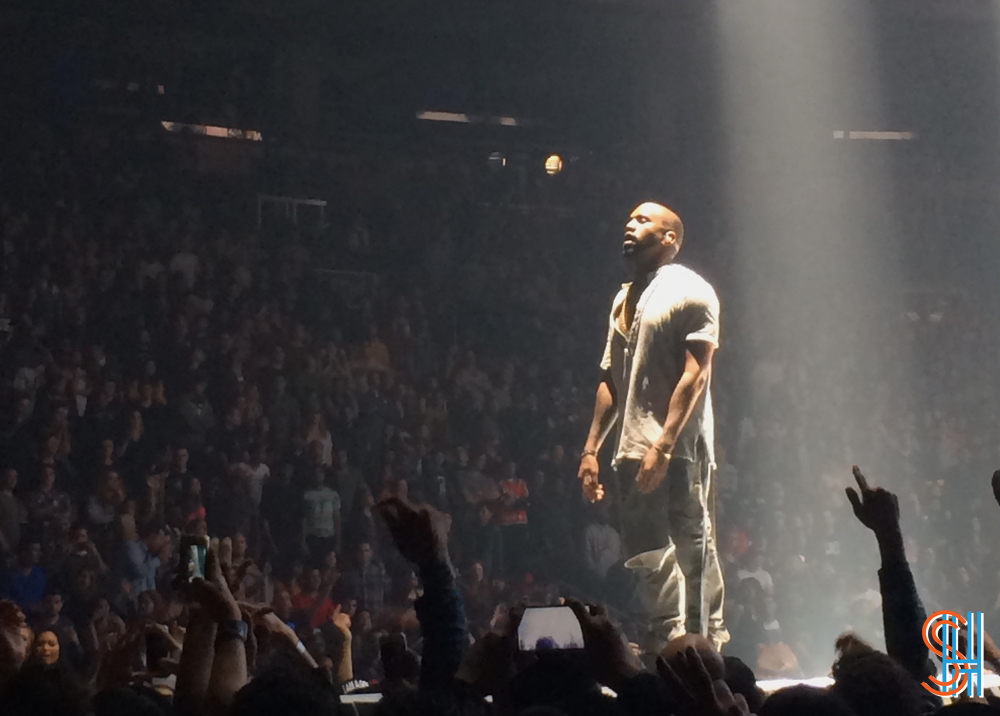 Last night, just three days before Christmas, Kanye West brought his incredible YEEZUS tour to Toronto. Originally schedule for early November, the tour had been rescheduled due to an accident involving the production equipment. While everyone complained, and justifiably so for some cities like Vancouver, Kanye wouldn’t allow the tour to continue unless it was absolutely perfect. And it was that perfection in production and presentation that really made the show epic last night in Toronto.

Kendrick Lamar started off the evening promptly at 7:45pm, catching late comers a little off guard, but made up for it with intensity and a live band, which is a new addition to his live (since we saw him at Governors Ball in NYC earlier this year). He performed tracks off last years legendary record Good Kid, m.A.A.d City with a full LCD screen background playing intimate visuals of his hometown. The crowd seemed most into tracks like “Bitch Don’t Kill My Vibe,” “Swimming Pools,” and “Fuckin’ Problems” across his quick opening slot.

After a short interlude, Kanye’s set up began to materialize and a moody instrumental track built up the tension right until Mr. West took the stage. From a moving mountain, a demon werewolf, a multitude of almost naked models, and, of course, a white Jesus; the presentation of this tour was in itself a masterpiece of audio and visual art.

The performance was segmented into sections based on moods/themes for the show. From “fighting” to “rising” to “searching” and then to “finding,” the show started off intense with new Yeezus, flipping in tracks from My Beautiful Dark Twisted Fantasy and Graduation, and ended with more uplifting tracks from The College Dropout. There was of course the standard Kanye interlude in which he spoke to the gathered masses explaining his “behaviour over the last couple of months” and finishing off with “I don’t apologize for anything” and when it comes to his art, Kanye certainly does not need too.

After the show ended the party moved to Toronto’s Hoxton for the Been Trill after party. Coinciding with the limited edition capsule collection between Toronto’s own Nomad and Been Trill, the after party was for real. Been Trill’s Virgil Ablohon started off on the decks until Toronto’s own Drizzy Drake showed up to party. As our video’s below capture, Drake was followed shortly thereafter by Mr. West himself who swung from the rafters over the crowd rocking a Been Trill x Nomad crew neck.

Check out all our videos and photos from the show and after parties last night below. 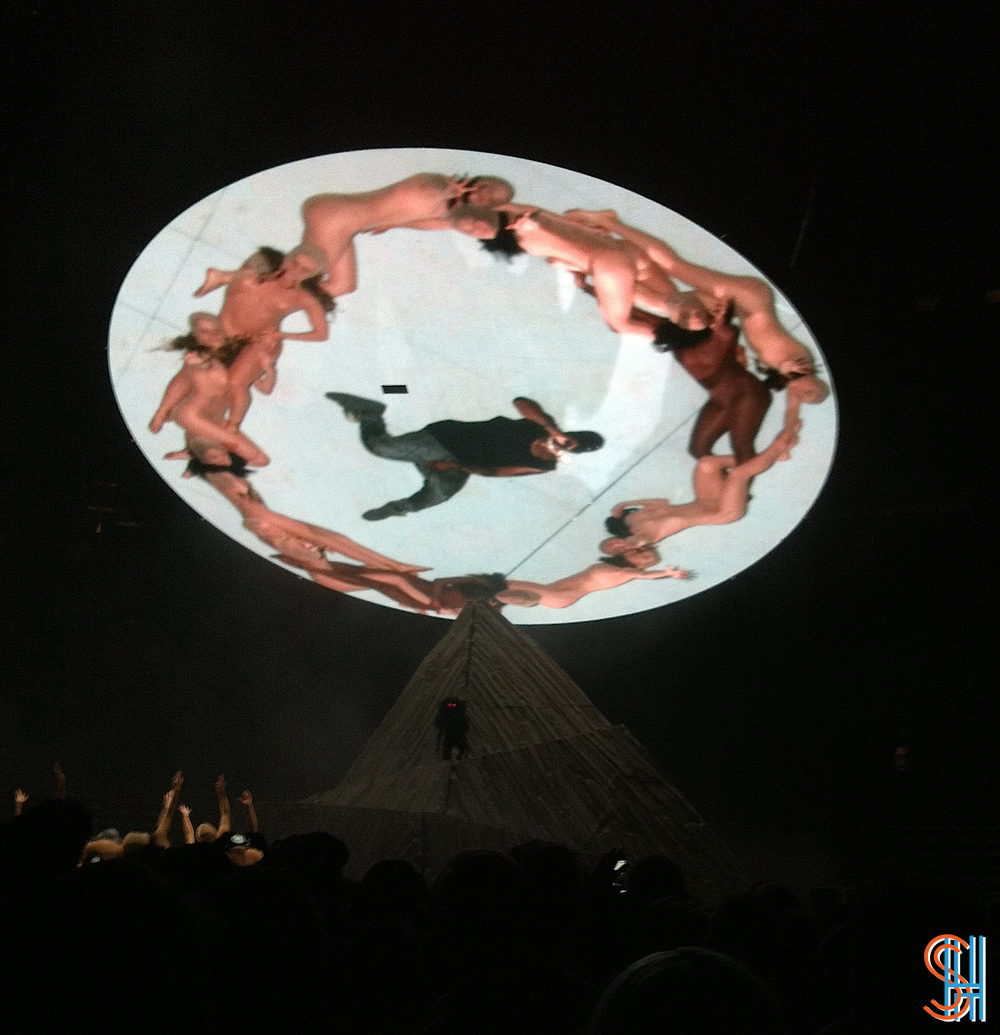 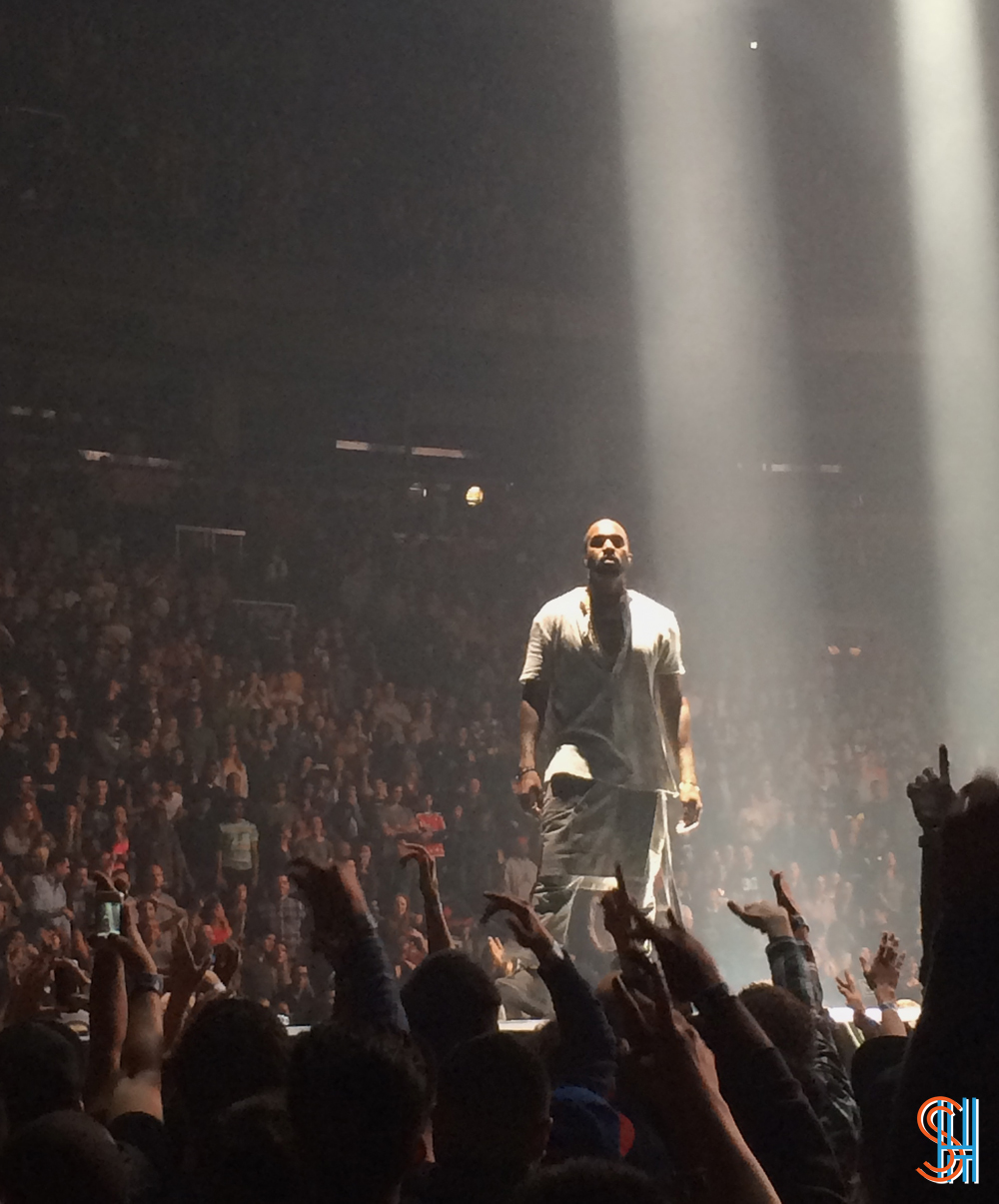