Live Music: Kate Nash at The Phoenix in Toronto 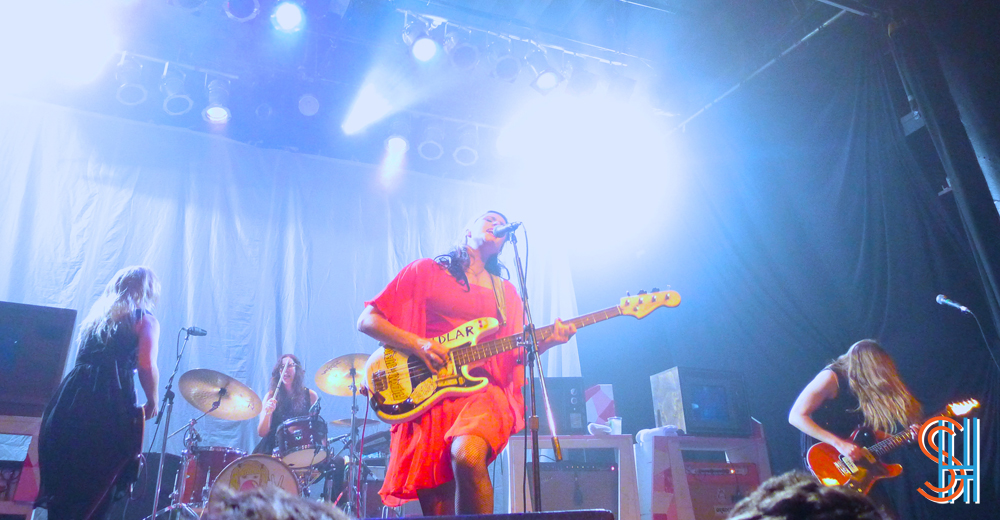 Nash and her all-girl backing band started off with “Sister”, exploding on stage with guttaral vocals of Courtney Love in early Hole. By the end of her second song, her bright red lipstick was already smeared all over her chin as she stuttered and moaned into the microphone that likened her to frontwomen of 90’s girl punk bands such as the Breeders and Bikini Kill.

There were moments such as in “Oh” where her soft vocals got washed out by the powerful overdrive bass where it seemed like she hadn’t quite mastered the whole punk vocals but all doubt was erased during “Do-Wah-Do” when her sweet recognizable melodies were punctuated with cheeky snarls of “she’s a bitch”.

During her stage banter, Nash chastised fake rubbish friends and touched on important topics such as calling out the music industry on its double standards, female empowerment, Pussy Riot and censorship. She played a tribute song to the band saying “I wrote this song for anyone who has been oppressed. But if the word ‘Pussy’ offends you, you can always pretent it’s about cat— or you can lighten up!”

Before her last song, Nash began with a rant how girls should take control of their lives and not give a crap about critiscm from others. She then launched into a cover of Fidlar’s ‘Cocaine’, renaming it ‘Grrl Gang’ and injecting it with an estrogen overdose. No gimmicks or filters. Just pure and raw. After inviting a group of girls onto the stage for a rockin’ dance session, Nash got most of them to stage dive off stage.Then, finally, the singer herself took the last dive of the night.

Kate Nash has been bashed recently for her new image and sound but she still sings about relatable and relevant topics. She may have changed her appearance, traded a keyboard for a bass, and gone from Navy Taxi to radical feminism. But never have young women needed somebody of her mold. 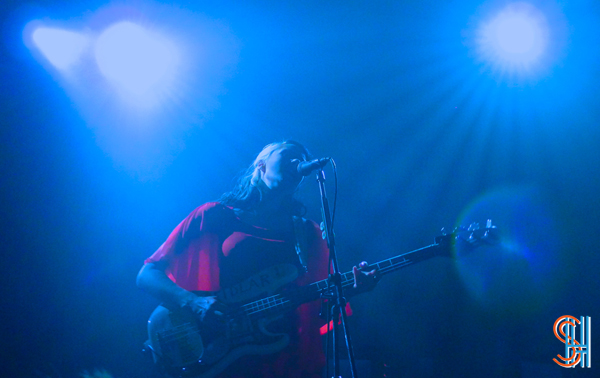 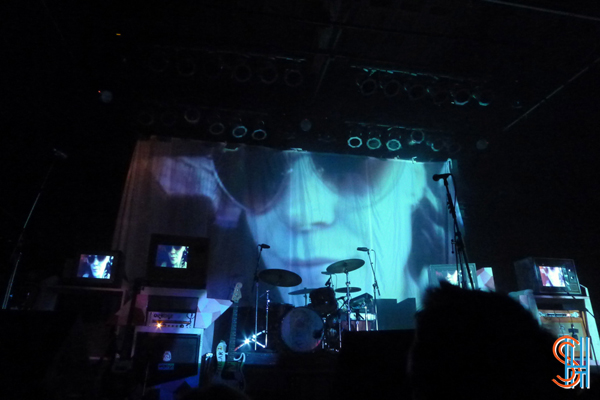