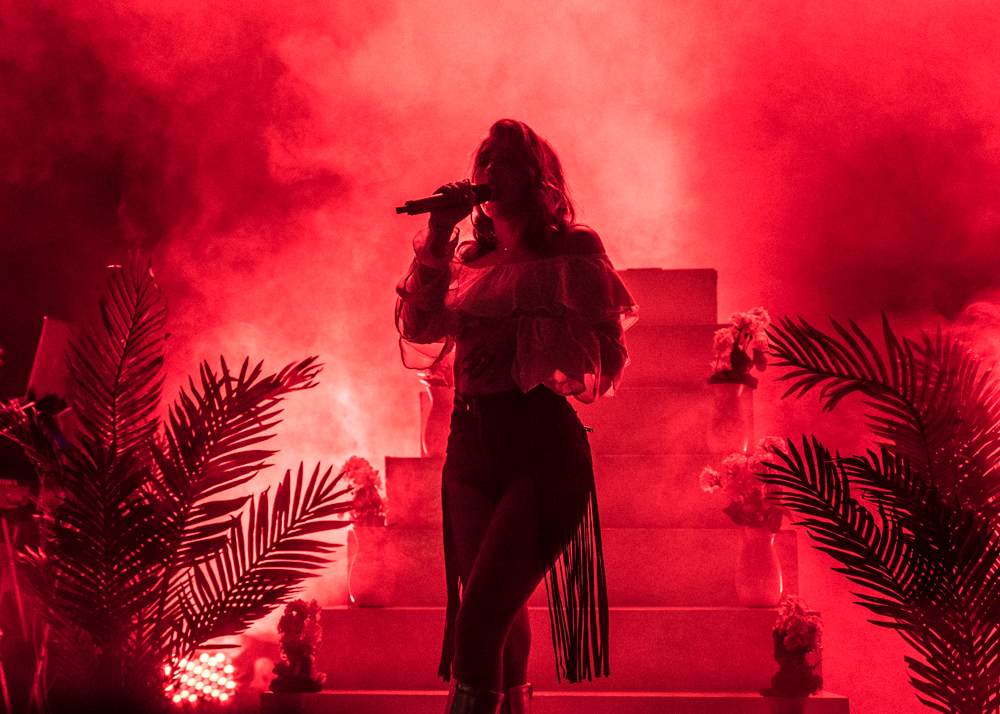 After announcing an upcoming show in Toronto, selling out the venue and subsequently switching to a larger venue, the time for Kali Uchis’ headlining performance at the Danforth Music Hall had arrived. Fans patiently waited as they moved past a table full of “Tyrant” merch including red hoodies and thongs.

An opening set was provided by Brooklyn nu-rap outfit Phony Ppl, a five-piece fusion band known for their unique style and experimental songwriting, the Colombian songstress took the stage – and in expert form. Appearing on a staircase set in the middle of the stage, Uchis descended the stairs and greeted her screaming audience. Backed by the musicians from Phony Ppl, she treated fans to an hour-long set of tracks like “Por Vida,” “Tyrant” featuring Jorja Smith and her collaboration with Tyler, the Creator, “See You Again.” The crowd responded accordingly and sang along to nearly every word – a sight that kept a smile on Uchis’ face.

Check out our photos below and throwback to our On The Rise feature of Kali Uchis from 2015.