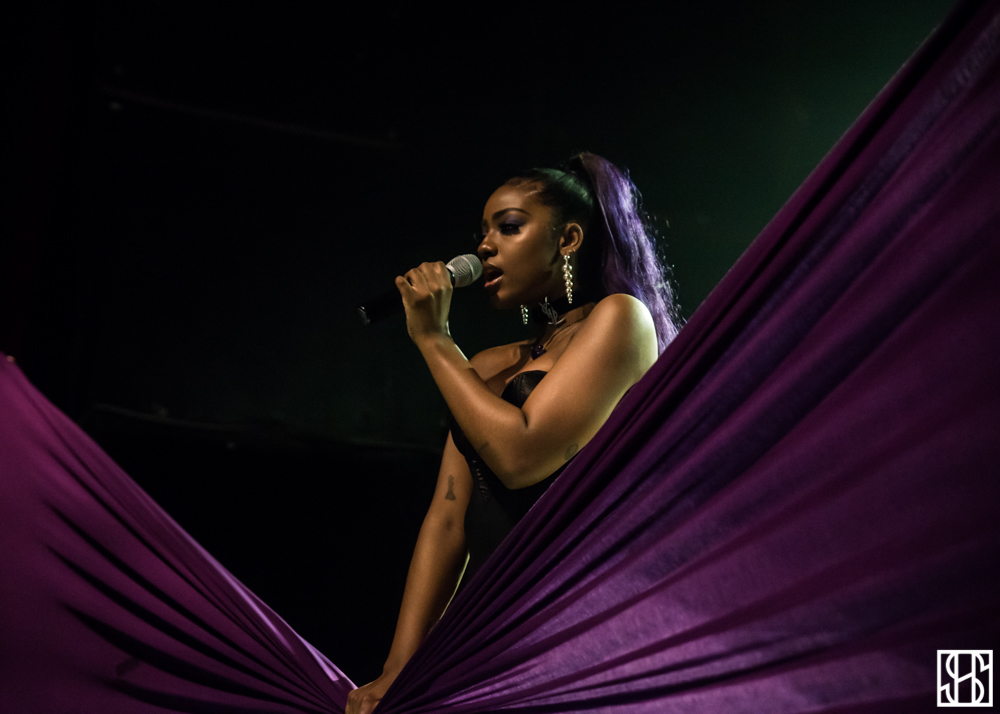 Toronto showed up in full-force last night for the latest stop of Justine Skye’s Ultraviolet tour. The RocNation singer/songwriter drew an enormous crowd of fans at the Mod Club Theatre – several seen rocking Justine Skye hand-fans for the hot, sweaty R&B show they were about to experience.

Opening performances were provided by Toronto’s own Kastilla, Ebhoni and Nadia Stone – each backed by their own troupe of vibrant backup dancers. Actor/singer (and star of grownish) Trevor Jackson served as the official tour opener and was clearly a fan favourite. The young artist delivered a dynamic set consisting of high-energy bangers and slow ballads accompanied by his guitar.

Justine Skye entered the stage surrounded by clouds of purple smoke (an ode to her album and tour name) and began the show with the Ultraviolet intro, “Wasteland.” Accompanied her backup dancers, Skye performed several cuts from her RocNation debut and thanked the crowd numerous times for showing love at her first Canadian show. Fans were clearly entranced by Skye’s performances of songs like “Goodlove,” “Don’t Think About It” and her Wizkid collab, “U Don’t Know.”

Check out our photos below. This show was made possible by Code R.E.D Entertainment and Prime Example Records. 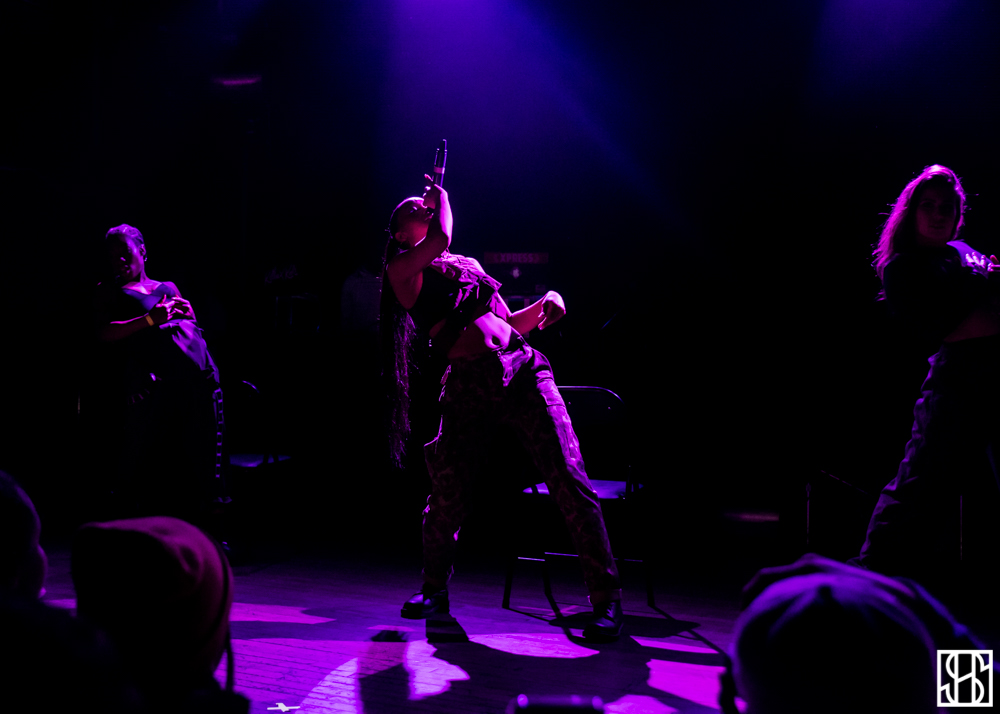