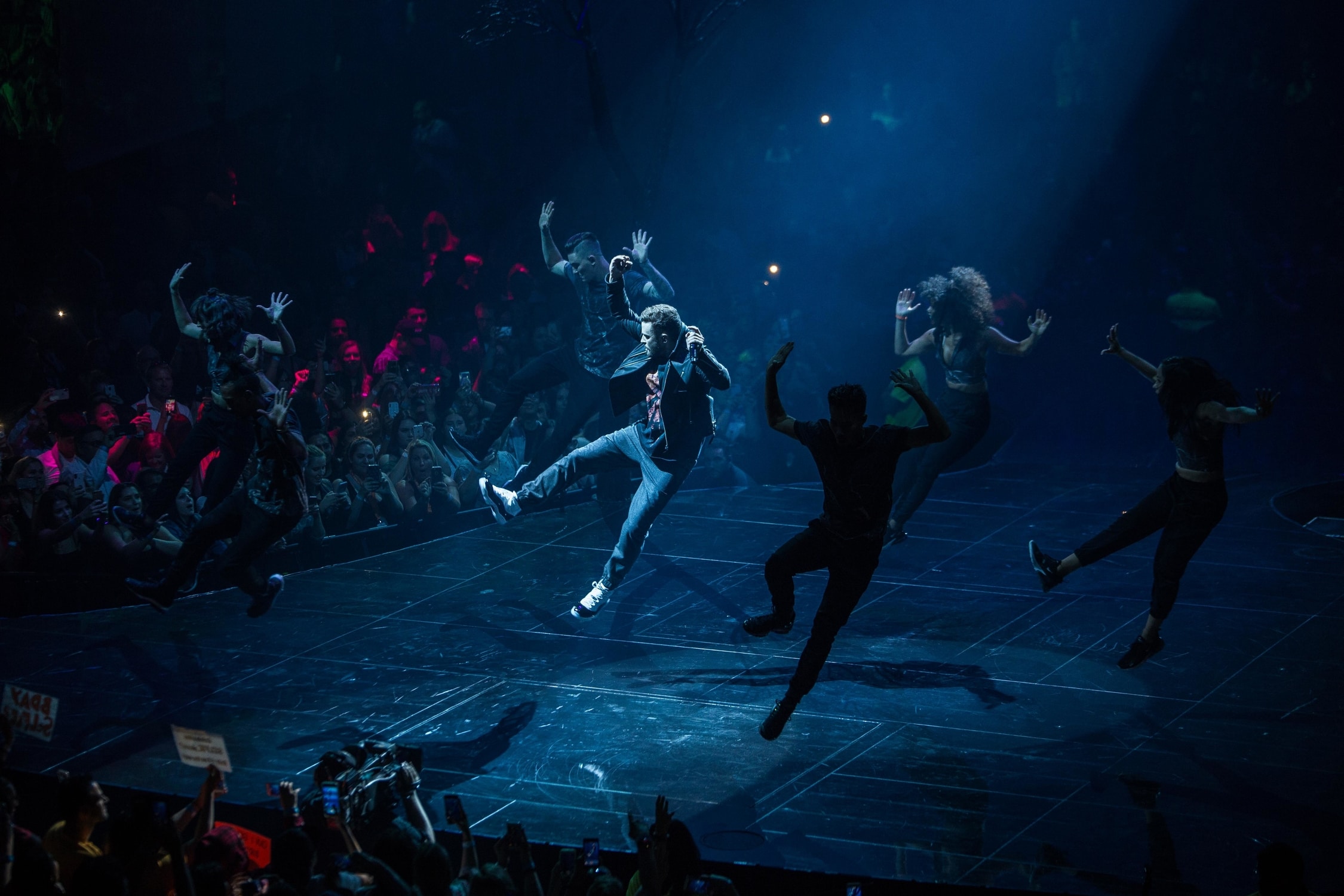 After a successful first run that kicked off in Toronto earlier this year, Justin Timberlake’s Man of the Woods tour returns to Scotiabank Arena (formerly Air Canada Centre) by popular demand. It was obvious why fans returned for the second time around. The audience was hooked from the very first note as laser beams filled the arena in synchrony with “Filthy,” and Justin Timberlake emerged from the smoke.

The stage design was one of the key features of the show worth getting its own mention. Although the main stage was on one end, it gave way to an “S” shaped runway that ran down the middle of the arena. Justin and his six backup dancers made efficient use of the real estate they were given, running up and down the stage set up to make sure they shared their attention between everyone in the audience no matter where they were sitting. With faux trees lining each end of the runway and screens that raised and lowered to set the atmosphere of each song, the performances felt grandeur yet cosy at the same time, staying true to the “Man of the Woods” brand.

It was hard to catch a moment where JT stood still. He kept high energy throughout his entire two hour set list which consisted of new songs off his new album of the same name, popular radio hits such as “Mirrors” and “Suit & Tie,” while bringing back classic old-school bangers like “SexyBack,” “Cry Me A River” and “Rock Your Body.”

The night closed off with “Can’t Stop The Feeling,” which got everyone in the audience on their feet and singing along, no matter if they were an OG NSYNC fan or just hopping on the bandwagon.