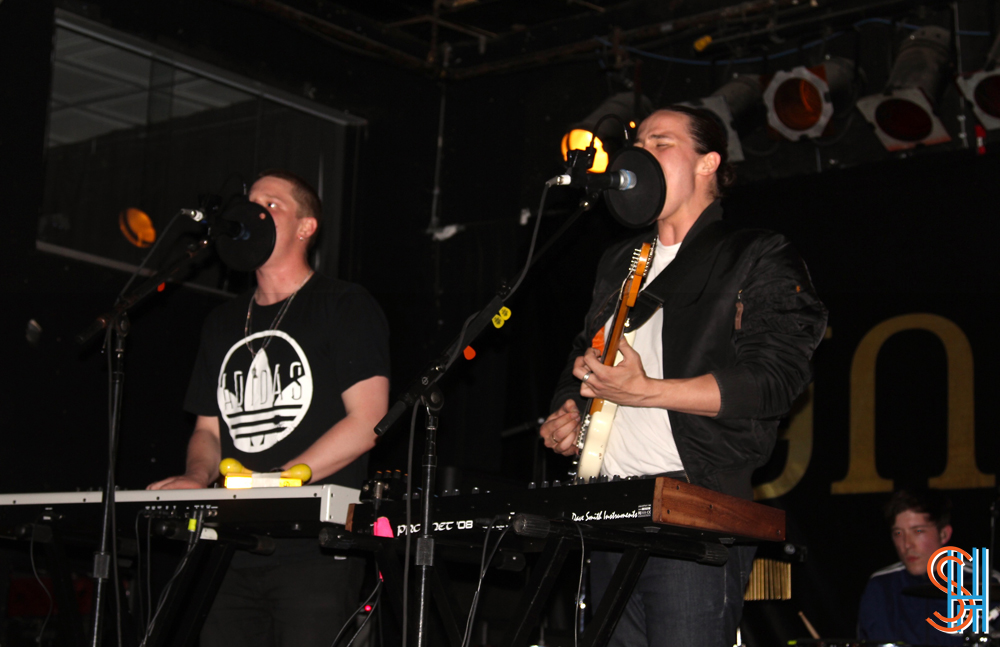 Most of the people watching JUNGLE’s long-awaited debut show last night at Lee’s Palace had no idea what to expect, and heck, neither did we until we had the chance to sit down and talk with the two producers J (Josh Lloyd-Watson) and T (Tom McFarland) about what JUNGLE is all about. They’ve done a good job of deliberately remaining mysterious and letting their infectious modern electro soul tunes speak for themselves, and we wondered how the London producers songs would translate live.

We rolled in just as opener Beat Connection finished both J and T appeared on stage all nonchalant to set up their gear. It was clear only we knew it was indeed them assembling their gear, while the rest of the crowd waited anxiously for the infamous image-less band to appear on stage.

After they declined to be filmed, or even photographed before our interview yesterday, we asked them what all the anonymity was about. “People assume that we’re mysterious, but the only reason we don’t do a lot of interviews or a lot of video things is because we’ve been conscious not to talk too much about it or to put ourselves at the front of it and let the music [remain] #1, which does sound quite cliché and quite pretentious, yet we let the art instead take prescience, and be at the front of it.”

The dim and almost absent lighting rarely flashed highlighting the beat of the music rather than their faces during the show, with only one solid light shining behind the female vocalist. The lack of light couldn’t hide the duo’s excitement, or the audiences connection to them as they danced around through hits like “Busy Earnin’,” “The Heat,” “Lucky I Got What I Want” and their latest banger “Time” off their forthcoming debut.

They did one hell of a job getting the crowd going even when they performed a new track off their album no one had heard. Despite admitting “we’d rather be at the back messing around on things, letting other people perform it,” they seemed to genuinely enjoy themselves on stage as they played through their short but flawless set.

Check out some photos from the show below and stay tuned to hear the full audio from our interview with J and T soon. 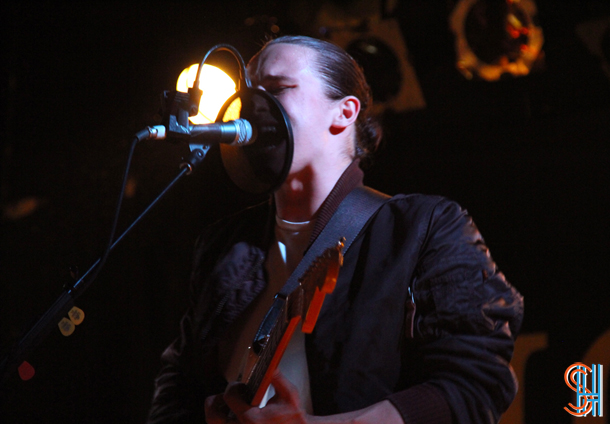 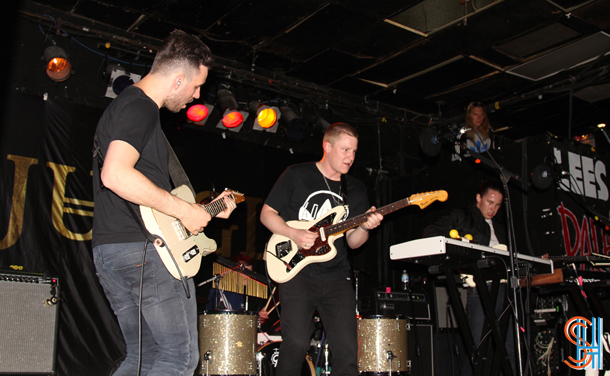