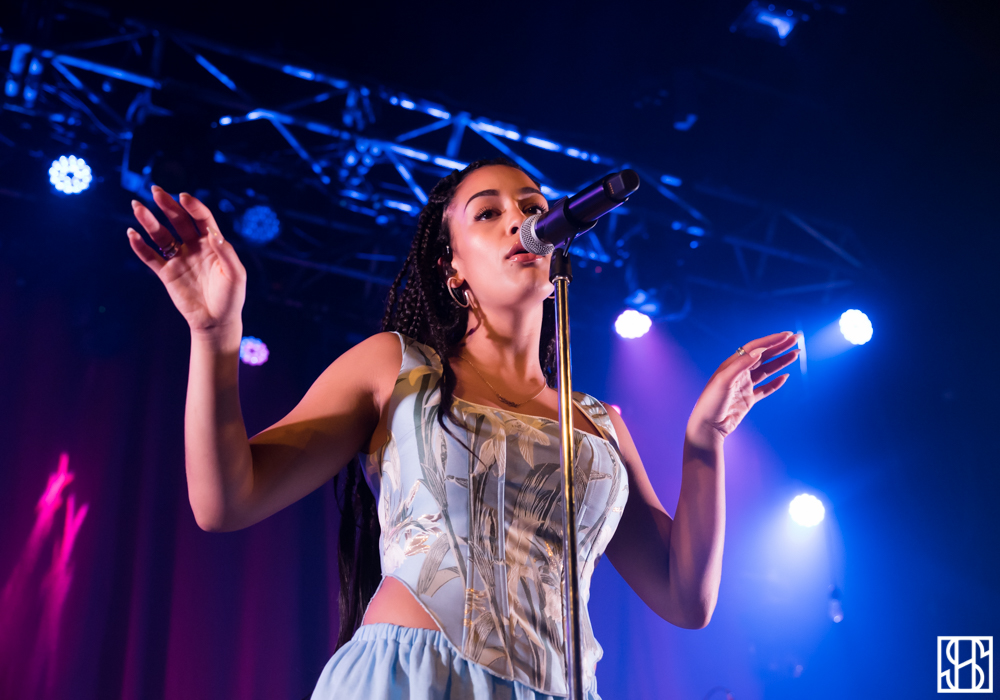 Jorja Smith touched down in Toronto last night for the first of two sold-out shows on her North American tour. The UK singer/songwriter is currently in the midst of the rollout of her debut album, Lost & Found, and had no trouble packing Toronto’s iconic Opera House with her dedicated fans. Her Canadian debut in 2017 had come with a surprise performance from Drake at the intimate 200-person Velvet Underground and rumours were spreading about the possibility of another appearance.

After a particularly soulful opening set from fellow UK songstress Ama Lou, the stage was cleared and Jorja Smith greeted the packed house of screaming fans. Her band lit a pair of incense sticks to set the mood but her stage presence was immediately infectious and quickly turned the Opera House into the Jorja Smith House.

Accompanied by a guitarist, bassist, drummer and keyboardist, Smith performed a number of fan favourites like “Where Did I Go?,” “On My Mind” and “Teenage Fantasy” as well as tracks from her upcoming album like “Blue Lights,” “Goodbyes” and “Don’t Watch Me Cry.” Smith even treated her fans to covers of TLC’s “No Scrubs” and Frank Ocean’s “Lost.”