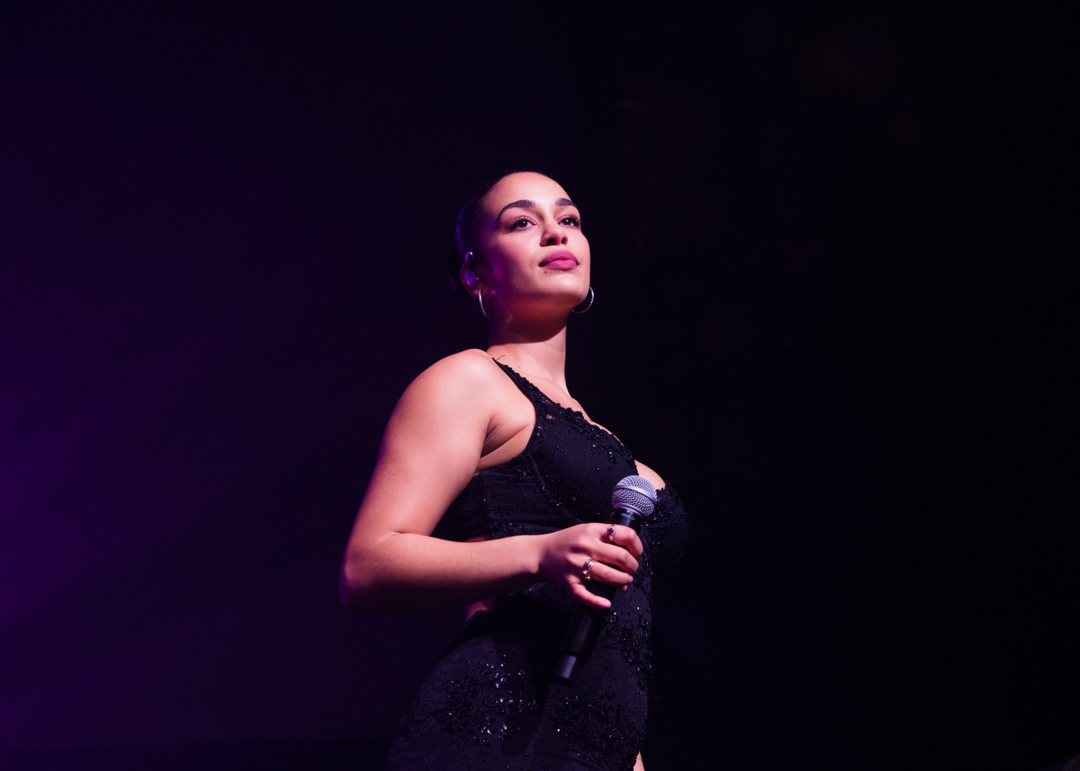 Last night marked the last stop of Jorja Smith’s Lost & Found tour and the UK songstress gave a warm audience in Toronto a night to remember before kicking off the holiday season.

Following a stunning opening performance from Chicago vocalist Ravyn Lenae, the lights dropped and a band took place before Smith took the stage to an eruption of screams and cheers from the crowd. The production level for her stage show has seen a serious improvement since the last time we caught Smith in Toronto earlier this year and it perfectly matched the more laidback vibe of her current setup featuring full instrumentation and several large pot lights.

From start to finish Smith gave the enthusiastic audience a soulful performance consisting of tracks from her debut studio album Lost & Found as well as loosies and singles from her previous independent release, Project 11. She even brought out fellow UK artist (and frequent collaborator) Maverick Sabre to accompany her for a performance of their duet, “Carry Me Home.” Occasionally, Smith would leave her position at centre stage to grab a drink and thank the crowd for supporting her and making her feel welcome in Toronto. It has been over a year since we first saw Smith at the Velvet Underground – a performance that saw Drake take the small, intimate stage and accompany Smith for a performance of “Get It Together” – and it is pleasant to see the rising artist selling out one of Toronto’s largest dedicated concert venues.

Check out some more photos of the show below.