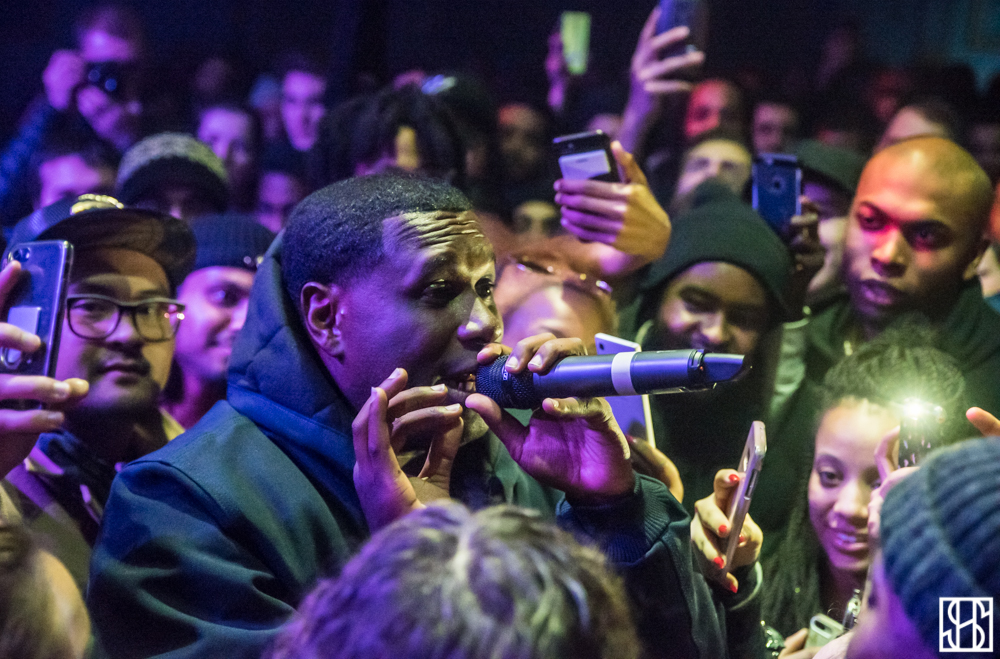 After a surprise appearance at BADBADNOTGOOD’s showcase performance during Red Bull’s ‘3 Days in Toronto’ concert series, legendary Roc-a-Fella rapper Jay Electronica made his return to Toronto last night on the third night of his North American tour.

The evening began with opening performances from New Orleans rap group MadeGROCERIES and local Toronto artist Sean Leon (who recently made headlines with the opening of his one-of-a-kind museum fan experience inside his basement apartment). Leon was the noticeable crowd favourite and drew loud cheers after performing cuts from his new C.C.W.M.T.T. project like “Turf” and “The Rat Race.”

Following a short intermission, Jay Electronica took the stage to a sea of roaring fans – many of whom may have never previously had the chance to see the illusive rapper in-person. He began by thanking his fans for sticking with him through the years and remarked that Toronto held a special place in his heart – even when it’s cold.

Electronica’s hour-long set was full of staples like “Eternal Sunshine (The Pledge),” “Exhibit A (Transformations)” and “Better in Tune with the Infinite” as well as numerous acapella freestyles and a special segment in which he invited a young aspiring rapper in the crowd to perform on stage. The night concluded with Electronica fittingly inviting the entire crowd (as many as security guards would allow) to perform his remix of Drake and Soulja Boy’s “We Made It.”