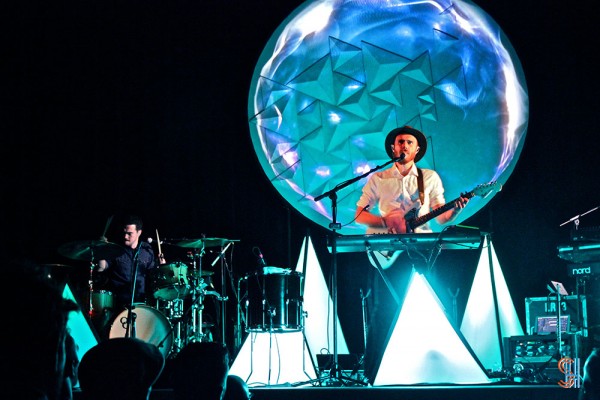 There’s something about James Vincent McMorrow’s voice that suggests: “You might want to sit down for this.” After spending most of 2014 touring Europe, following the January release of his second album, Post Tropical, the Irish singer came to grace New York City on Monday night.

In the red velvet seats of NYC’s Town Hall sat every folk-loving, beard-sporting, overall-wearing Williamsburg hipster-type imaginable, gathered to see their goateed granola-God. The stage setup was reminiscent of a winter night, a visual testament to a truly wintry album. A full moon backdrop hung directly behind James McMorrow’s head with triangular mountain-top prisms surrounding his feet, a captivating image liken to a lone wolf. With a crowd completely disappeared into the enormous room’s darkness, McMorrow’s gentle voice broke through a hovering silence, howling at the moon.

Flip through some photos from the show below. 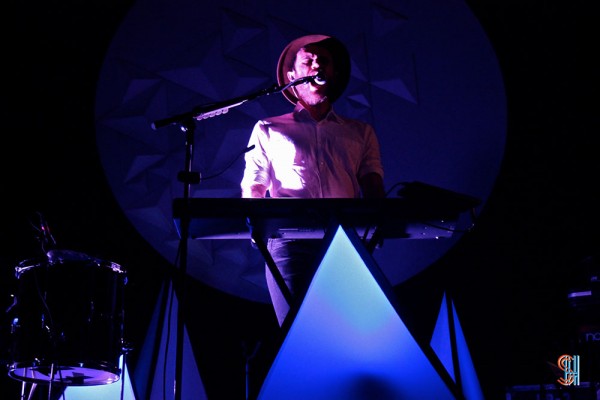 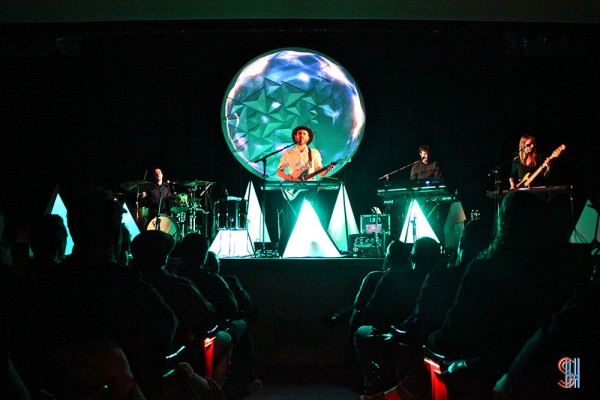 Post Tropical embraces the winter season with chilling lyrics of forests and frosts, contemplating nature’s nature with lines like “I’ve been thinking about the cold air,” and “There is so little left from the warmth of the sun.” At Town Hall, James McMorrow sang a carefully woven story, accompanied by a female harmonist and two other band members. Together, they sound like a choir of angels, beaming harmonies into the air. It was just heavenly.

As with his latest album, McMorrow began his transition from an acoustic woodsy-folk sound to a smooth R&B incantation. Though more upbeat, this R&B sound has the same meditative quality to it. His voice is nonetheless soft and innocent, resonating soothing sound waves into the theatre. McMorrow switched back and forth from the guitar to the keyboard. But he wasn’t the only multi-instrumentalist, as the drummer was also playing guitar, the leading harmonist was also on bass, and another keyboardist also played the clarinet. McMorrow’s band is quite the eclectic group. Their poignant electric beats were made visual by an incredible lighting technician. With every pulsing crescendo the mountain top prisms on stage lit up, dimming as the music became softer.

More profound than anything is James McMorrow’s vocal range. McMorrow whispered soft lyrics to the audience before finally letting his voice ascend to a most unexpected belt, a preaching catharsis. He hit impossible notes, with gospel-like confessions that blew away the audience every time. “How does he do that?” one might wonder, looking at the bearded Irishman before them. [Insert familiar phrase about not judging a book by its cover.] Alas, James Vincent McMorrow’s falsetto game is STRONG. 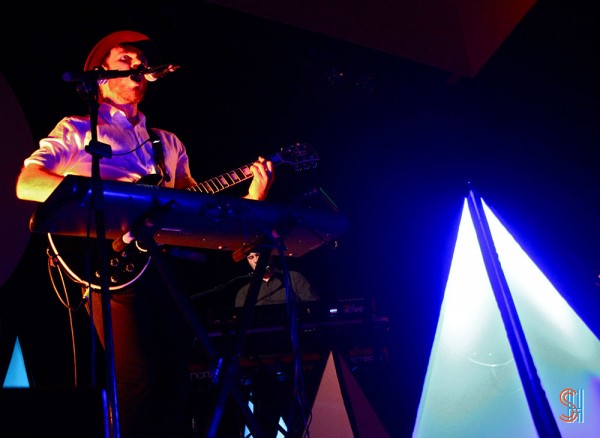 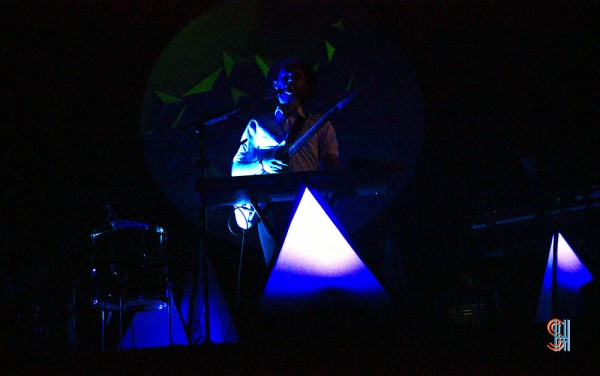 Send out a warning to Usher, Frank Ocean, and Justin Timberlake: There’s a new falsetto in the town, and he’ll blow you away.