Grimes at Lee’s Palace in Toronto 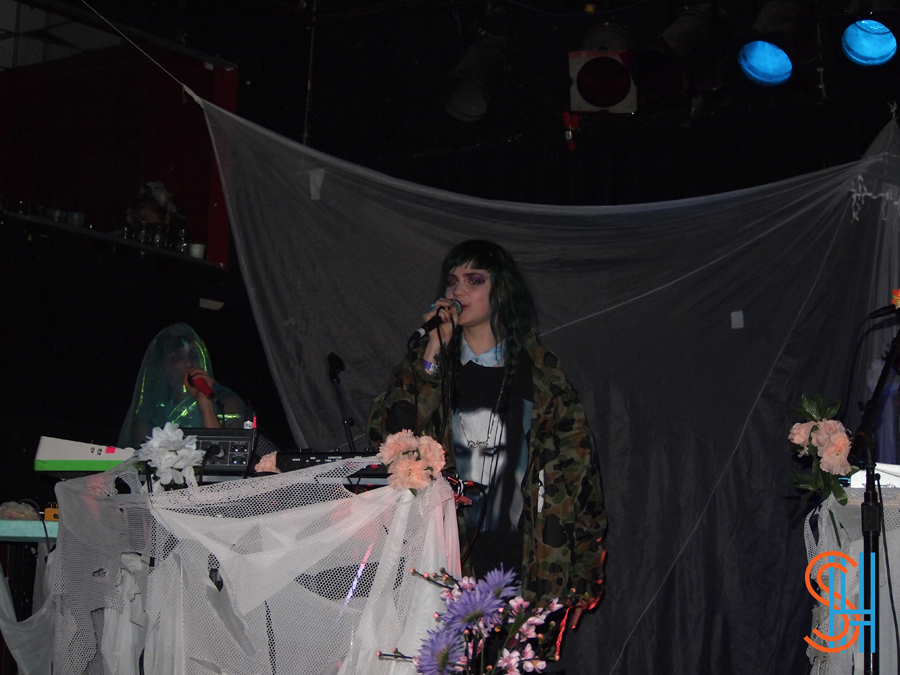 Friday night gathered a sold out crowd at Lee’s Palace for electro dream synth pop force Grimes on first of two sold out back to back shows. Scalpers were lined up down the block hocking tickets for upwards of $60 a piece, well over the $25 face value, yet once inside, it didn’t really seem to be all that pack until we headed down onto to the dance floor.

Following openers Myths and Elite Gymnastics, Claire Boucher arrived on stage with a full wine bottle in hand, handing it off between her two dancers, who also seemed to help with synth and vocals at times. She didn’t say much through the performance, mostly doing her thing, sampling squeeks, which at times had newcomers looking puzzled, but kept the crowd moving.

Compared to the last time we saw her back in March at the Horseshoe, her live performance is far less budget, for lack of a better description. The addition of decorations on stage like mesh netting over her boards, a pin wheel light behind her, a bubble machine, and the balance of not one, but two dancers, helped to make the show as polished as her randomly constructed experimental tunes can be.

Highlights of the set were of course “Oblivion” and “Genesis” which had the dance floor, hands in the air, catching bubbles overhead, as well as a couple of new tracks, whose names were not announced. She finished off her slightly shorter than expected set by explaining how she didn’t much care for the pretension of the encore, and proceeded to play the last track of the evening. 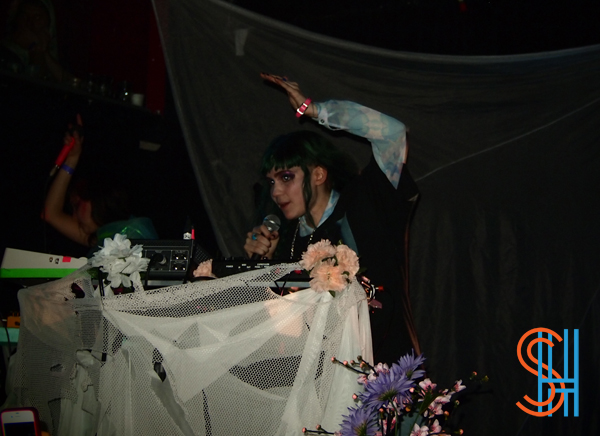