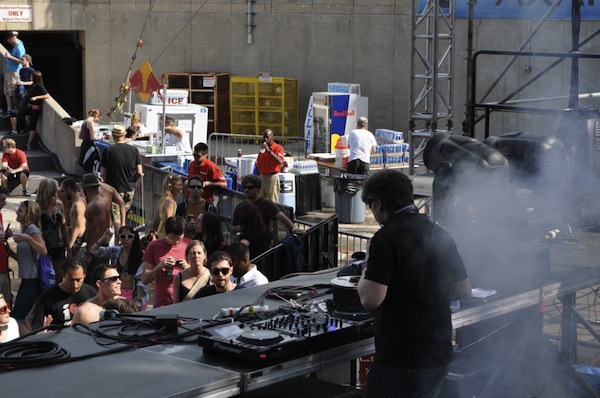 Mark Farina gave way to Greg Wilson, who is a veteran of almost thirty years behind the decks. He brought his signature reel-to-reel tape machine and was layering samples over top of his sets. He played a slo-disco set as the sun began its slow descent over the Detroit skyline, which was a nice way to kick off the weekend.

Give a listen to his epic BBC essential mix fro back in 2009 below.