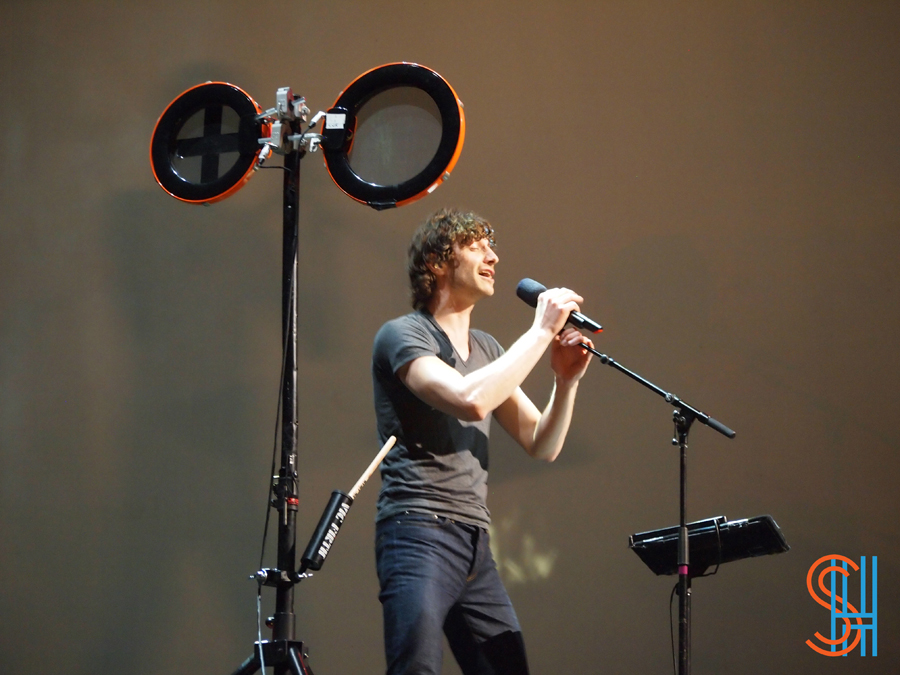 On Thursday evening, we headed to catch Gotye and Chairlift at Molson Amphitheatre, for one of their last shows of the summer. We’ll be honest and admit we were more into the whole event because Brooklyn synthpopers Chairlift were opening, but were also rather delighted to receive an invitation to check out the American Express lounge space for the first time.

We’ve been kicking ourselves after missing Chairlift during their headlining tour when they played Horseshoe, but we’d be willing to bet the sound quality at the Amphitheatre was far better. Besides being mega spread out on stage, beautiful weirdo lead singer Caroline Polachek’s vocals were sparkling through every song, even when she jumped up and down. They probably weren’t the best band to have open for the now majorly mainstream Gotye, and we felt like the only ones in the audience who knew all the words, and had to hold back our serious need to dance. Stand out tracks of their performance were their ever popular “Bruises”, as well as “Amanaemonesia”, “Sidewalk Safari” and “I Belong In Your Arms” off their latest album Something.

Gotye’s lead vocal and instrumentalist Wally De Backer, hit the stage running, literally, between three drum stations, all of them played in the standing position, with the exception of the actual drummer who was seated. It was an interesting and quite musical performance to watch, with layered vocals, and tons of percussion from all angles. It felt weird and almost uncomfortable to be sitting in assigned seats during such a high energy show; definitely a different setting than we’re used to watching live music.

Neat cartoon reels and graphics entertained the lifeless crowd who remained politely seated through the majority of the performance until Chairlift’s Caroline Polachek appeared on stage near the end to sing Kimbra’s part in the ever popular “Somebody That I Used To Know.” We were glad to have the option of watching from the American Express lounge throughout the evening. It almost felt more natural, not to mention social, watching the show with better beer selection, not to mention a much more comfortable seat.

Take a look at some photo of Chairlift and Gotye below. 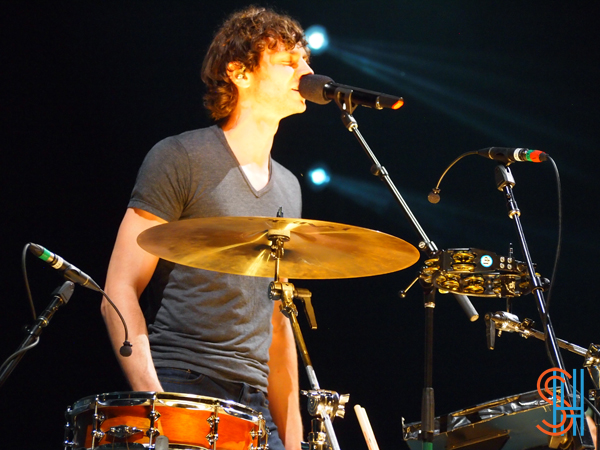 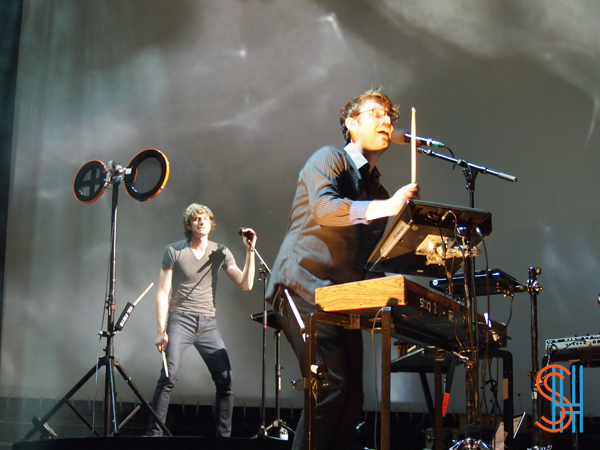 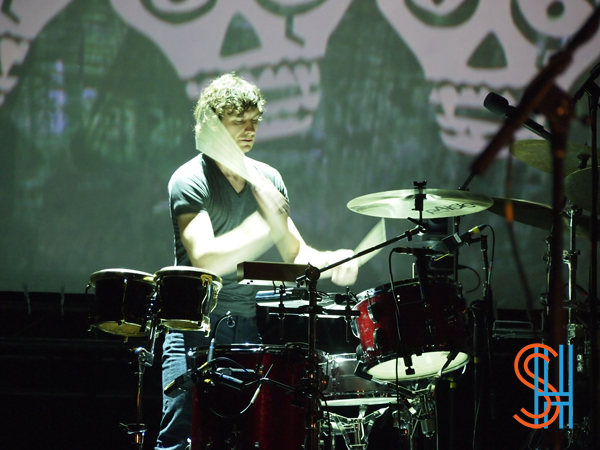 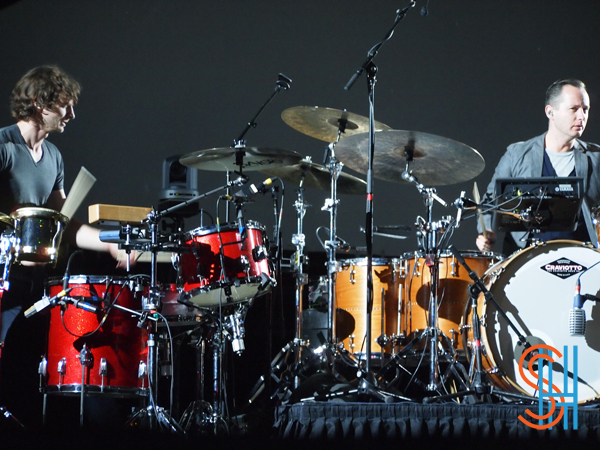 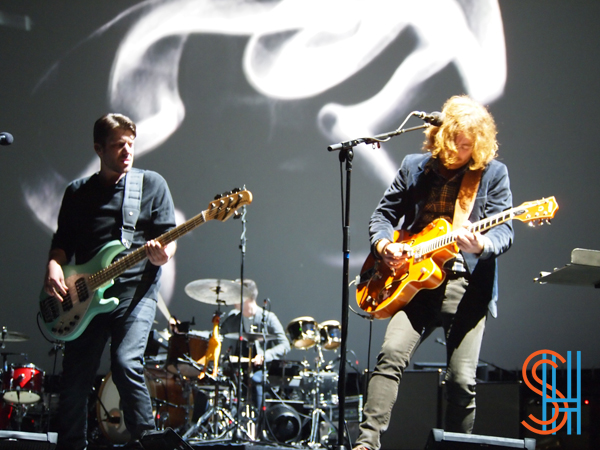 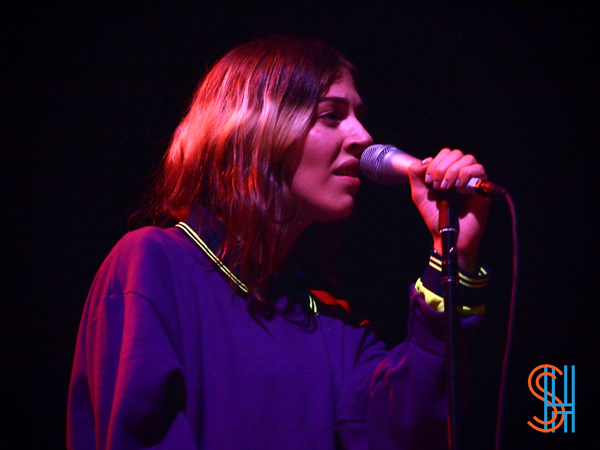 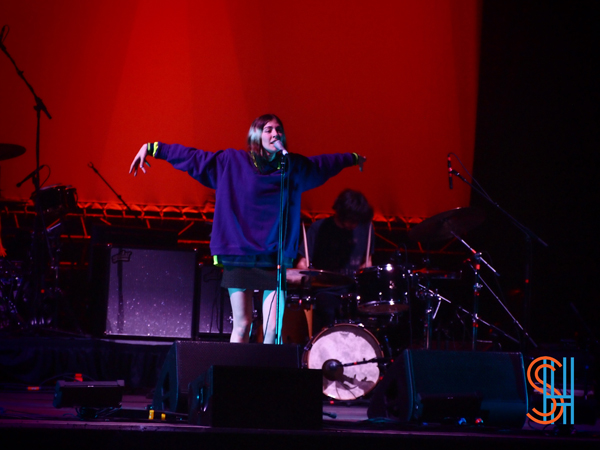 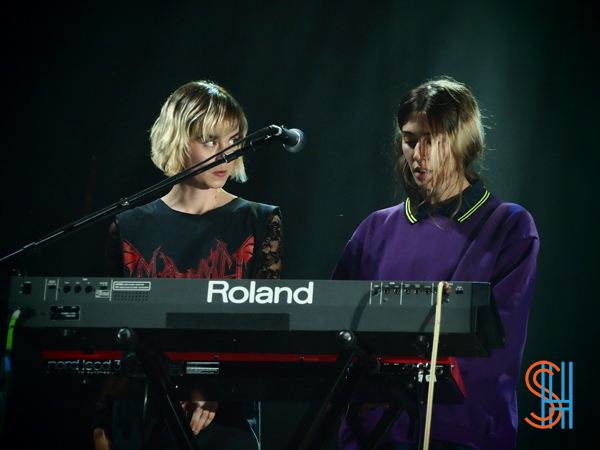 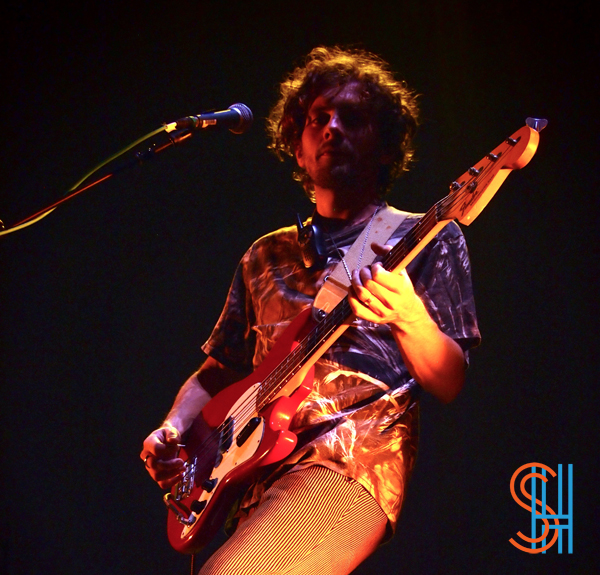 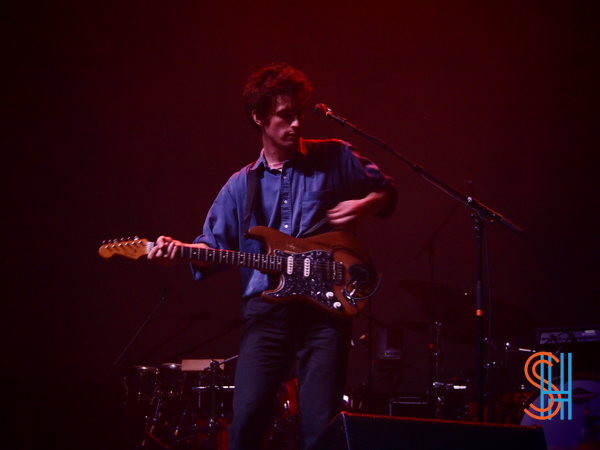 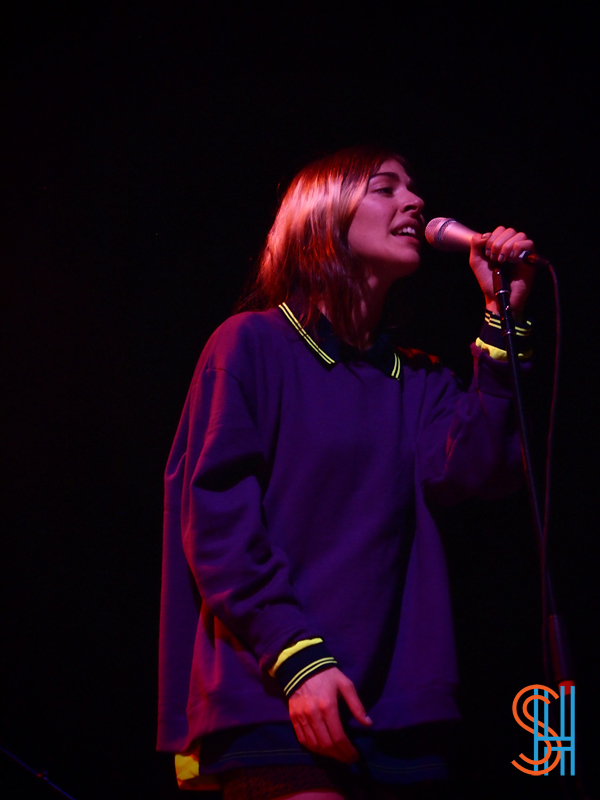