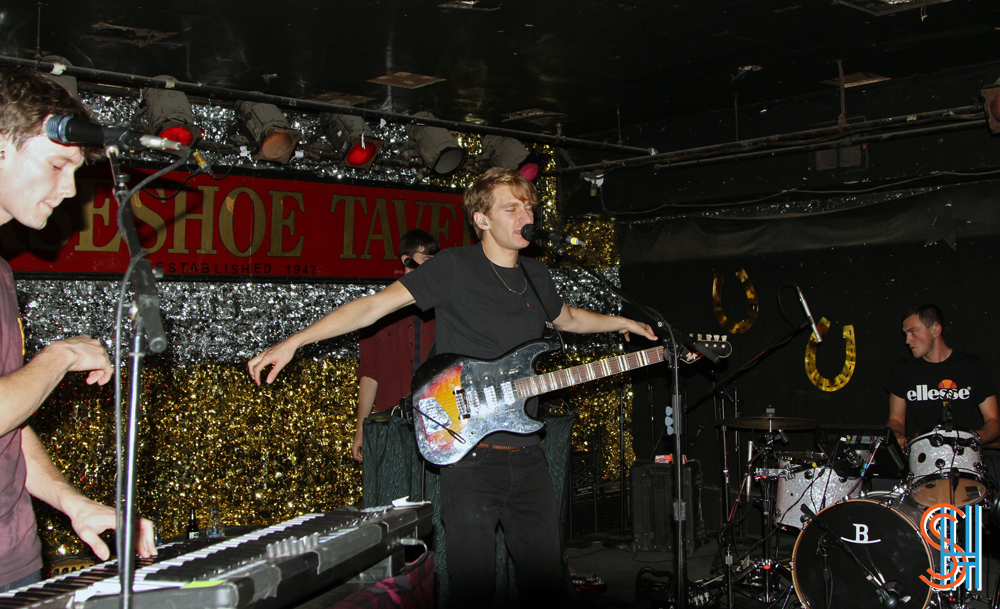 On what seems like one of the chilliest Friday nights Toronto has seen yet this September, UK psychedelic poppers Glass Animals kept the crowd at Horseshoe Tavern cozy and warm with their slow and sensual jams. They played their debut album ZABA in its entirety for this, their Canadian debut in Toronto with a few treats like their Triple J Like A Version cover of Kanye West’s “Love Lockdown”, and of course the album’s title track “Gooey.”

In almost perfect unison as “Gooey” began to play, every girl in the room turned to their friend to say “this is my jam” or some version of it. The band has been gaining momentum since 2012 when the infectious track “Black Mambo” first dropped, and when “Gooey” finally hit early this year, their fate as artists on the rise was clear.

While their Canadian debut was nothing to write home about, due only to the low light at the venue and short set list, we highly recommend keeping your eye on these Oxford boys.