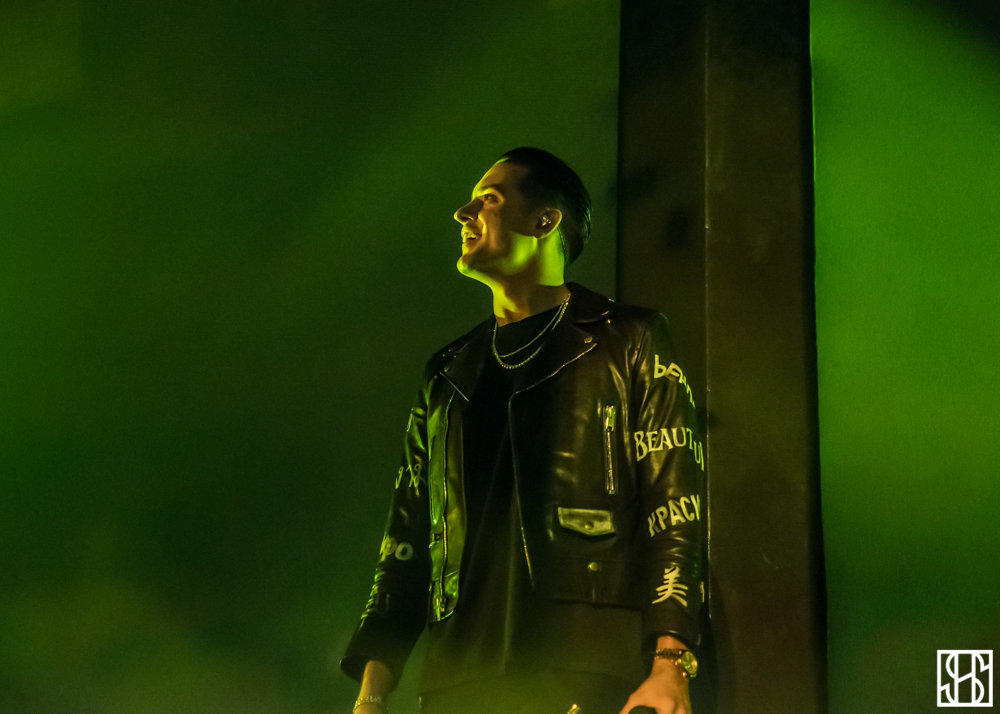 Last night marked the Toronto stop of Oakland rapper G-Eazy’s ‘The Beautiful & Damned’ tour – the first of two shows – and it was blatantly clear that the city has a lot of love for Gerald.

Following a quick stage change and DJ set, Oakland’s finest took the stage to pillars of smoke and hard flashes of LED light as he introduced his set with “Legend” and “Pray for Me” from the The Beautiful & Damned album. G-Eazy remarked several times about his love for Toronto and, after removing his custom leather jacket, reminded fans how many hits he has under his belt like “I Mean It,” “My, Myself and I” and “Him & I.”

Gerald concluded the show by thanking his fans and bringing out all the openers for a final encore performance of his Cardi B and A$AP Rocky-assisted smash hit, “No Limit.”