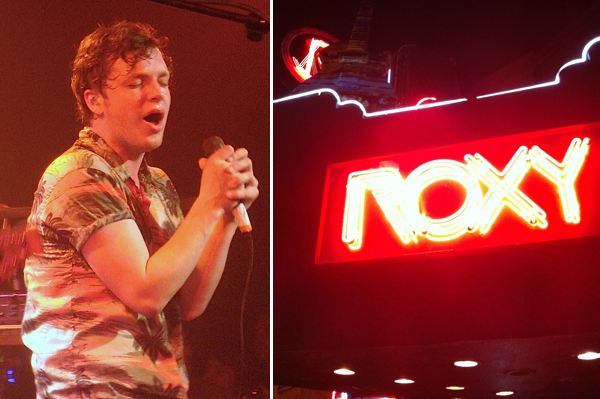 There’s nothing quite like a live show to make a whirlwind trip seem even more surreal. We always make sure along our travels, to take full advantage of both the city and the culture that filters through on a given day, and a recent jaunt to LA earlier this week we managed to catch one of our favourite UK dance poppers Friendly Fires at The Roxy Theatre on Sunset.

After seeing them in Toronto back in 2009 play alongside The XX, we knew this show, at the legendary venue, was not to be missed. Being that it was our first time at The Roxy, we were happily taken aback at howÂ intimate the space was, with a capacity of roughly 450, we managed to nestle ourselves within arms reach of the band Â at the front of the stage.

The set was a solid and sweaty mix of tracks from their first self-titled debut album along with a few brand new tracks from their upcoming album Pala, which was recently announced without a drop date, much to our delight. Hard hitting tracks of the night were of course “Jump In The Pool”, which we took video of below, as well as “Paris” and “Lovesick” which really got frontman Ed Macfarlane’s hips gyrating as he jumped all over the stage in his stylish cropped jeans and HawaiianÂ print button down. Lead guitarist Edd Gibson even hopped down into the crowd a few times, taking full advantage of his wireless guitar to get up close and personal with his fans.

After seeing them a second time, this performance really reaffirmed our love for the band, leaving us completely in awe of their live performance skills and obvious love for the music they make. Perhaps it’s due in part to the intimacy of The Roxy, but this show is especially close to our hearts and we’re super stoked to hear their new tracks all mastered and pretty again on their sophomore album. You can catch them again live in Toronto at the end of May when they’ll play the Phoenix. 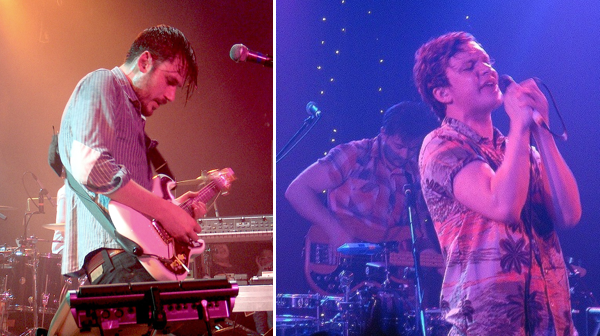