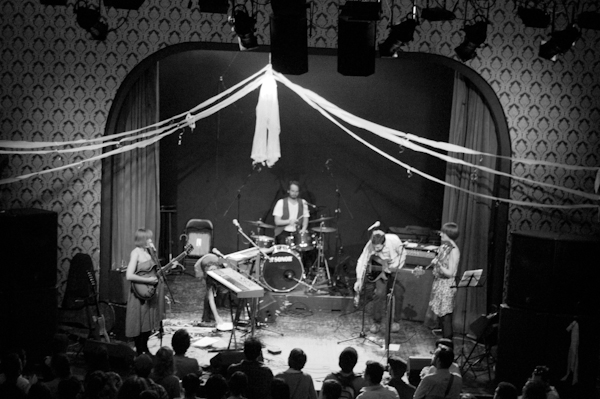 Forest City Lovers have been a beloved part of the Canadian music scene since 2006. Fronted by singer and multi-instrumentalist Kat Burns, they have built up a loyal following in the past six years. Known for keeping people on their toes, the band posted an announcement on their blog in late March that their show on April 19th at the Great Hall would be their last (cue the shocking blow to the collective hearts of music lovers in Toronto).

Decorated with simple streamers, walking into the Great Hall was like walking into a celebration, not a bands last show. Before Forest City Lovers took the stage Burns draped red sequined fabric on all of the microphone stands, further emphasizing the celebratory feeling. 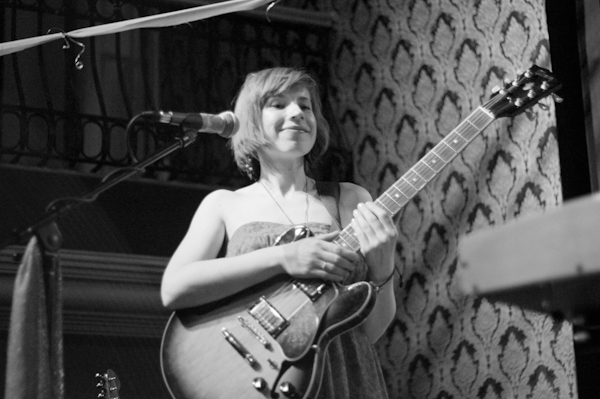 Marred by technical difficulties, the band took the opportunity to wish guest drummer Eric Woolston a happy birthday before starting their set to say one last goodbye as Forest City Lovers. Throughout the set Burns kept assuring the small but captive audience that the band was ending it on a good note. 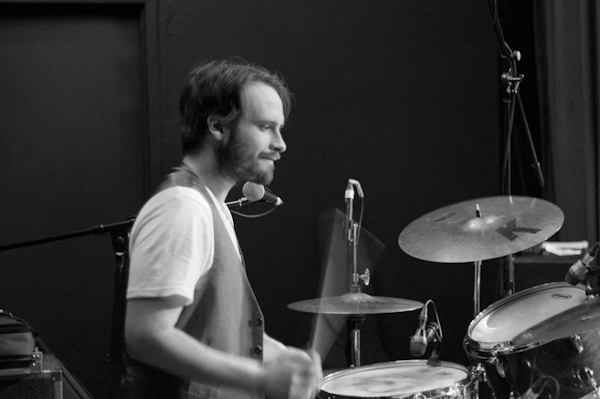 Burns’ vocals were the shining star against the backdrop of the sweet and simple melodies, yet, it felt like she was being extra reserved. 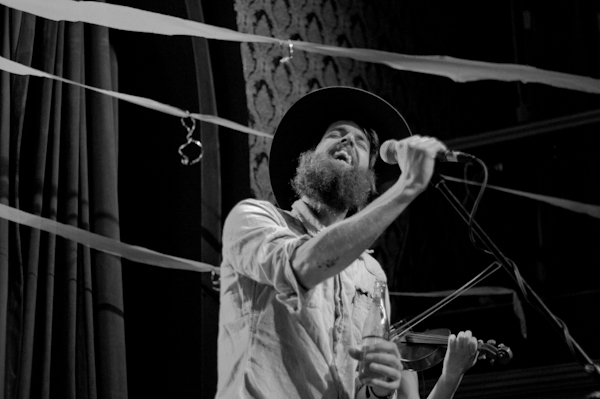 It was only when Evening Hymns’ Jonas Bonetta came out to guest on a song, where the spark finally became lit. Maybe it was his rather large beard that prompted the lift of spirits but from that point on it was almost like watching a different band play live. The energy had changed and everyone finally looked like they were having fun on stage. 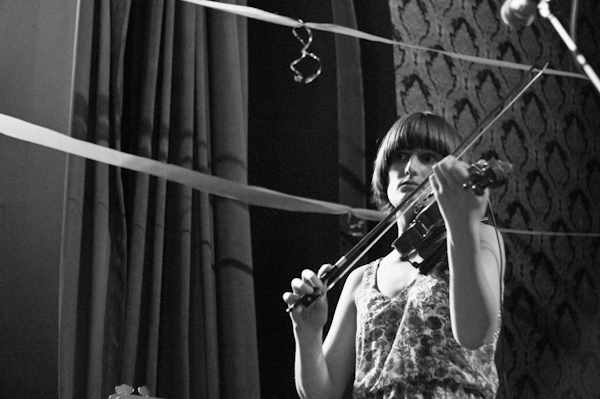