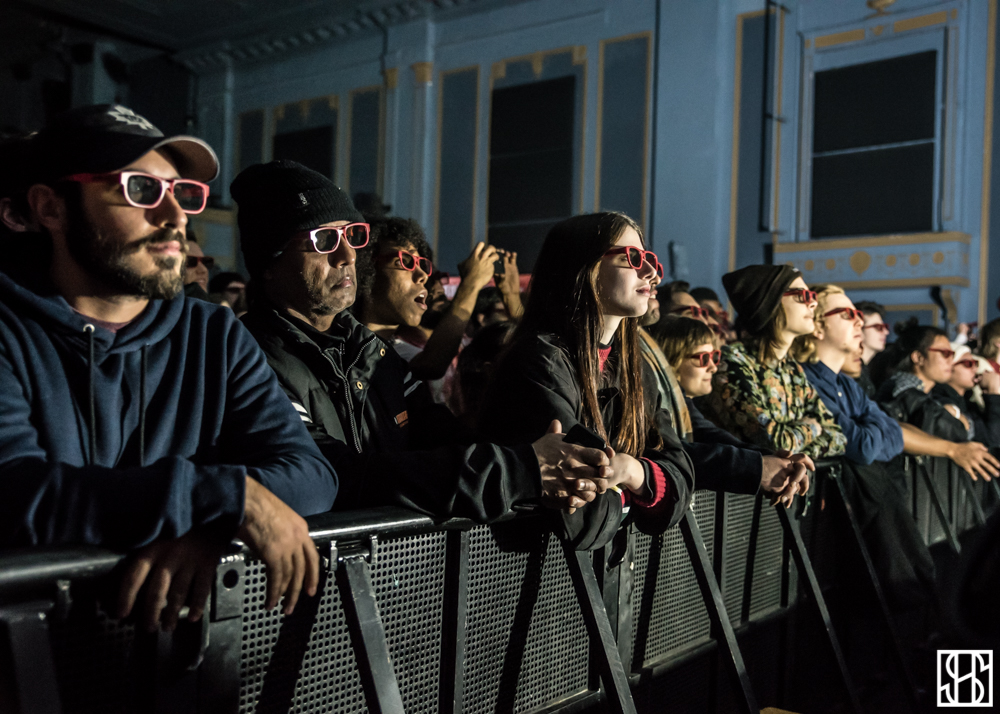 The temperature in Toronto may be dropping by the day but that didn’t slow down the hype for last nights Flying Lotus in 3D show at Danforth Music Hall. Attendees outside the venue could be heard discussing their favourite Flying Lotus tours of the past in anticipation for what they were about to witness as they made their way inside to grab a pair of signature FlyLo 3D glasses.

Following a pair of contrasting sets from Brainfeeder Records’ own Seven Davis Jr. and PBDY (that ranged from groovy basslines to just noise), the stage was cleared for the headlining performance from the Los Angeles label’s head honcho.

Lotus took the stage behind a massive DJ podium meant to look like a rooted, living organism, instructing the crowd to put on their 3D glasses. From that moment, the entire room was on a simultaneous, interconnected 3D journey through the mind of Flying Lotus.

The LA producer/rapper/film director/label head commanded the audience through a diverse set of music from his equally varied career – paired with immersive 3D visuals surrounding his podium. A number of tracks from his 2014 album You’re Dead! were easy crowd pleasers (including collaborations with Kendrick Lamar like “Never Catch Me”) but the real highlights were interpolations of FlyLo’s work with Adult Swim with the trippy 3D visuals. 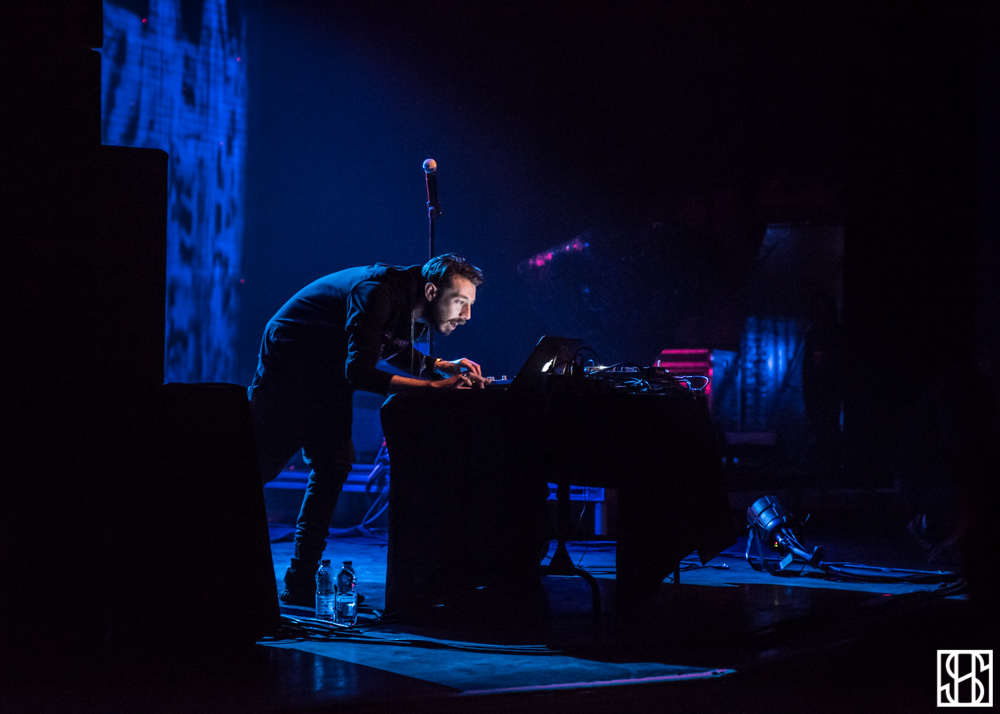 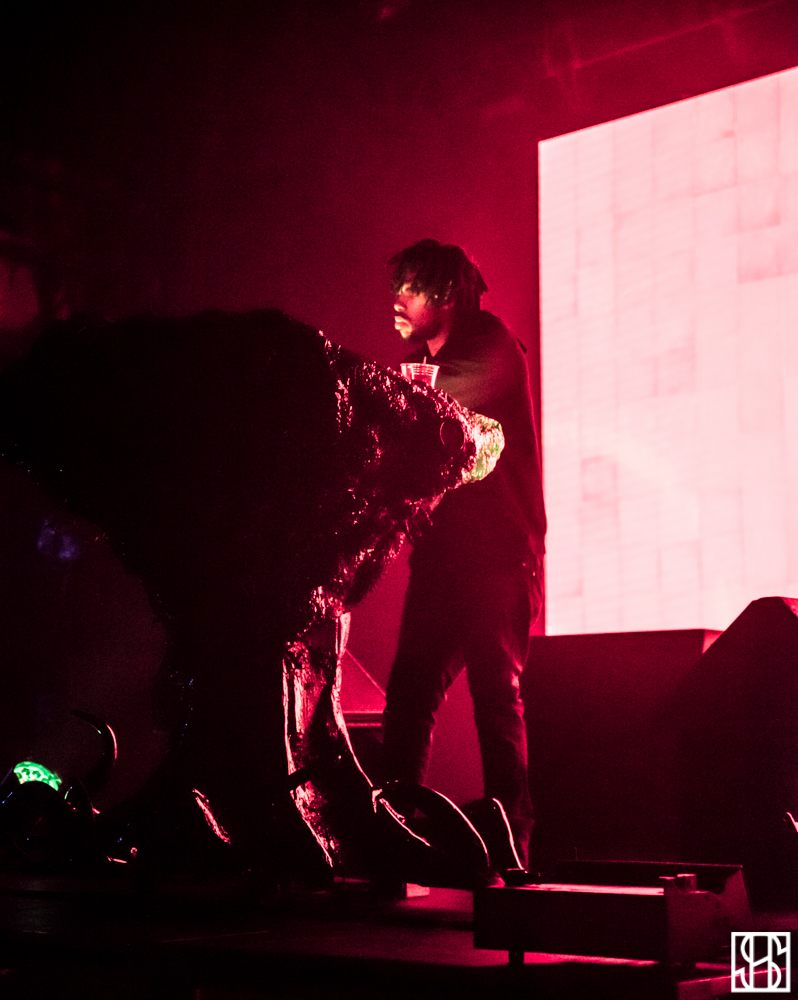