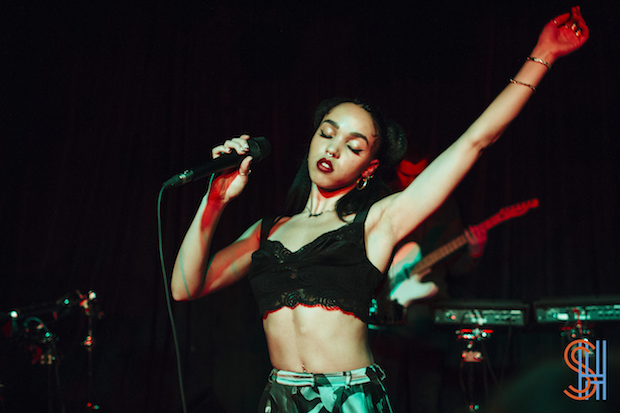 FKA Twigs’s sold out show at Wrongbar on Monday night was one that shouldn’t have been missed. As some unfortunate souls found, last minute tickets were hard to come by and the venue was turning people away at the door.

After a few minor technical glitches, the UK import commanded the stage by starting with the twitchy, minimalistic tune “Weak Spot.” Whispering seductively into the mic, the audience was immediately enthralled and drawn in. Gradually throughout the set, the throbbing bass poured increasingly into the room. The songs, when performed live, sounded harsher and palpable with the electronic percussion and heavy synth backing up FKA’s delicate and eerie voice. Her vocals proved to be unparalleled, as she seemed to hit every difficult note you’d expected to hear from the album. She also seamlessly synchronized her body with the whiplash beats with arresting dance moves including head ticks and impressive body contortions, making us wonder why she originally named herself Twigs after the way her bones pop and crack. 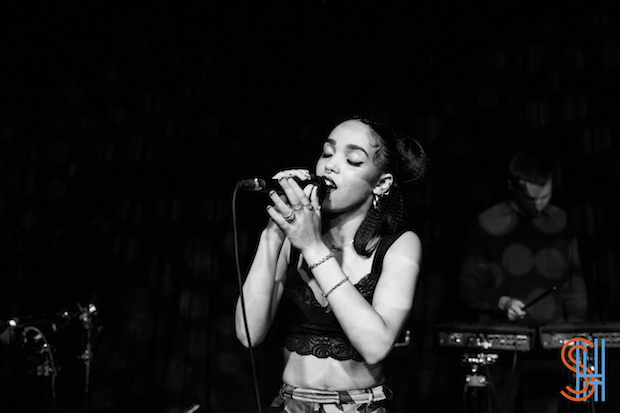 Regardless it being quite a short set, the songs chosen, including her break-out tracks “Papi Pacify” and “Water me,” all flowed together perfectly while encompassing everything from dreamy ambient electronica, R&B, dubstep, trip-hop to house. Monday night’s show was definitely a special one and it only cemented why FKA Twigs has garnered such frenzy and how career has snowballed over the past year to emerge as one of today’s most ingenious artists. 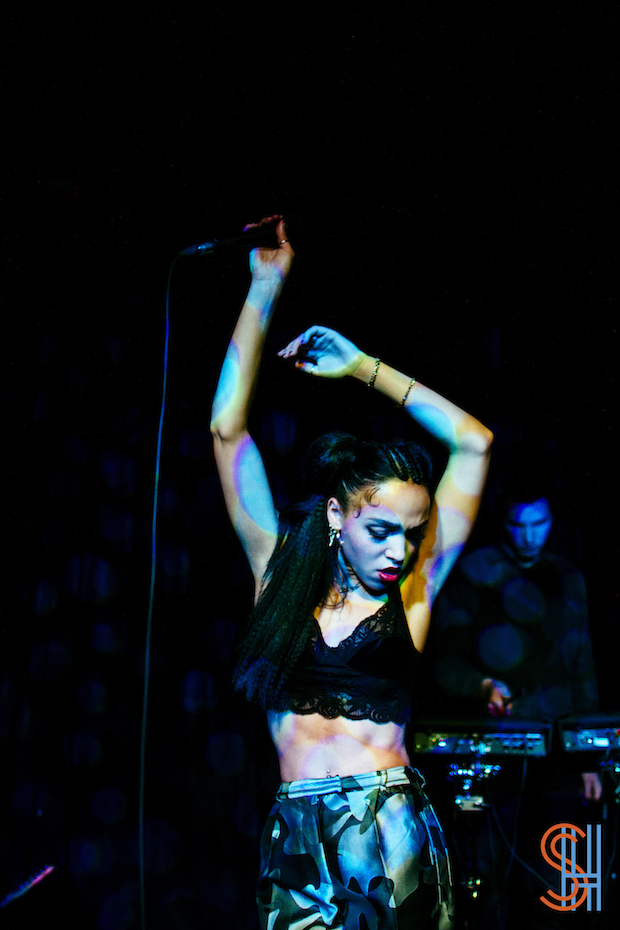