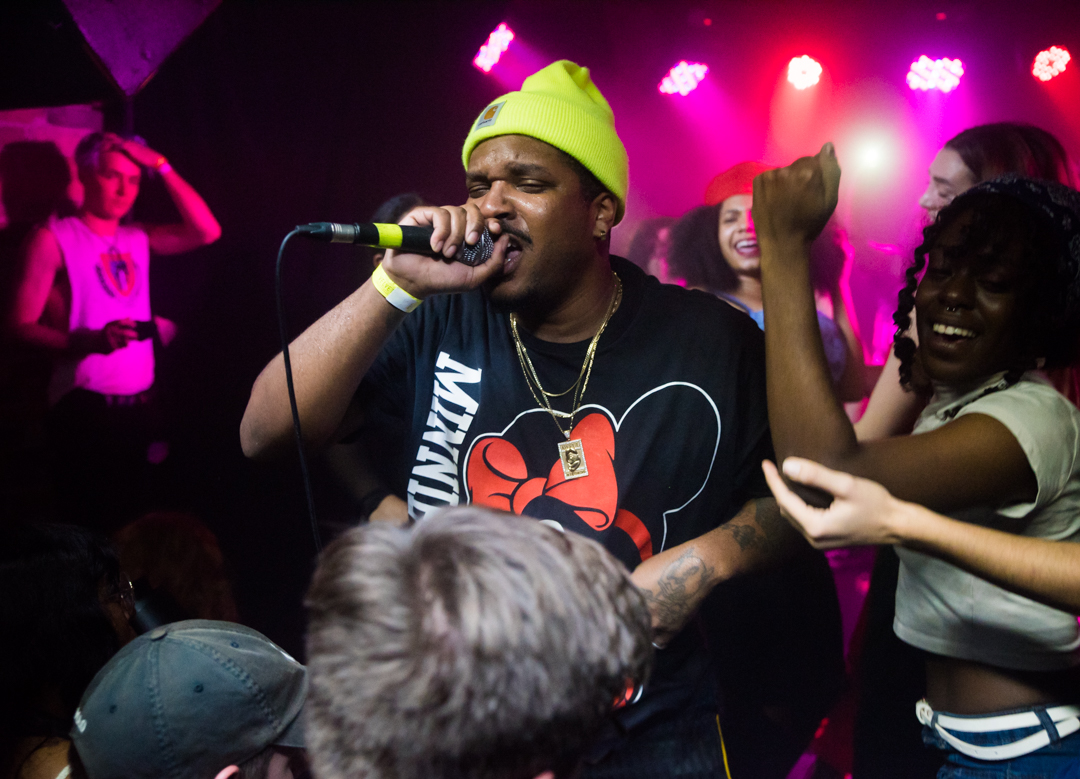 Toronto is one of those cities where you can find a rap show going on almost every night of the week – and last night was no different. After kicking off his Private Show tour with select dates across Europe and the USA, Atlanta rapper and Awful Records founder Father stopped by the Velvet Underground for a warm, well-received show in The 6.

Accompanied by fellow ATLiens Danger Incorporated and Lil Housephone of No Jumper fame, Atlanta’s designated (excuse the pun) “father” of weird, underground rap gave his dedicated Canadian fans a show to remember. Father noted how much he missed Toronto and enjoyed visiting before jumping and dancing through loud, energetic performances of tracks from his recent album Awful Swim like “Mirror, Mirror,” “Sephiroth” and “Boosie Fade.” He even invited a bunch of the audience up to the stage to dance while he performed “Thotnite.” 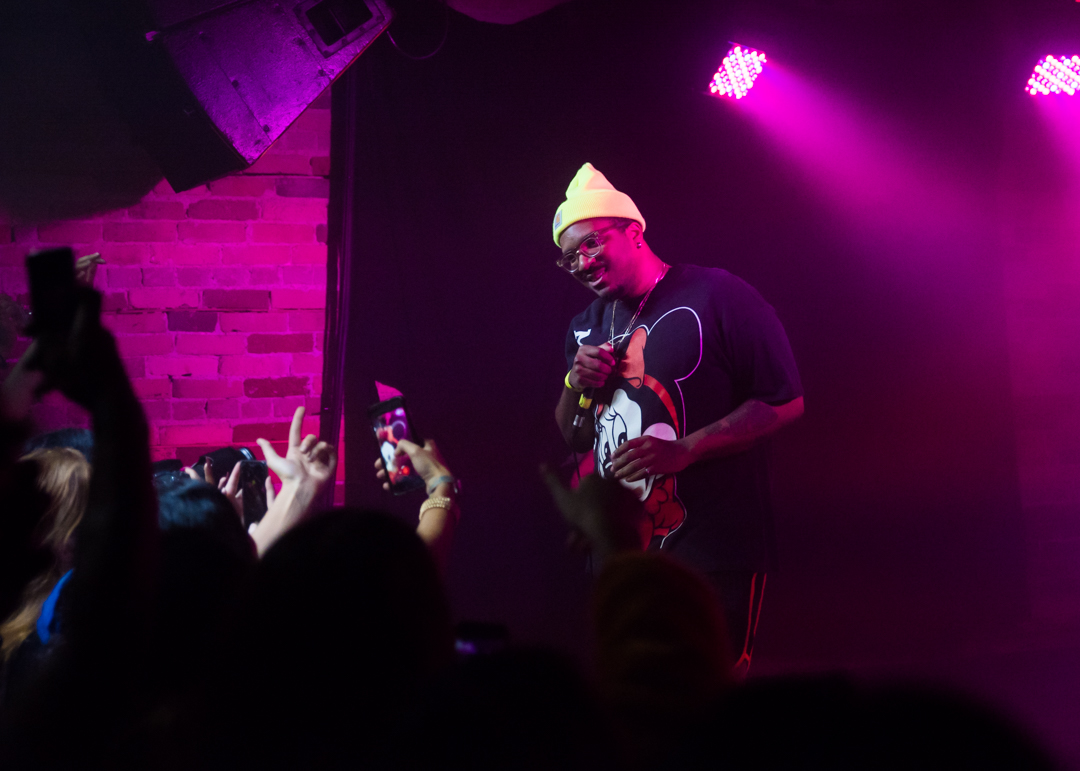 The show concluded with memorable performances of the quirky, bass-heavy hits that put the Atlanta rapper on like “Young Hot Ebony,” “Dame Fuego” and the essential “Look at Wrist” featuring ILoveMakonnen and Key!.

Check out some more photos below.