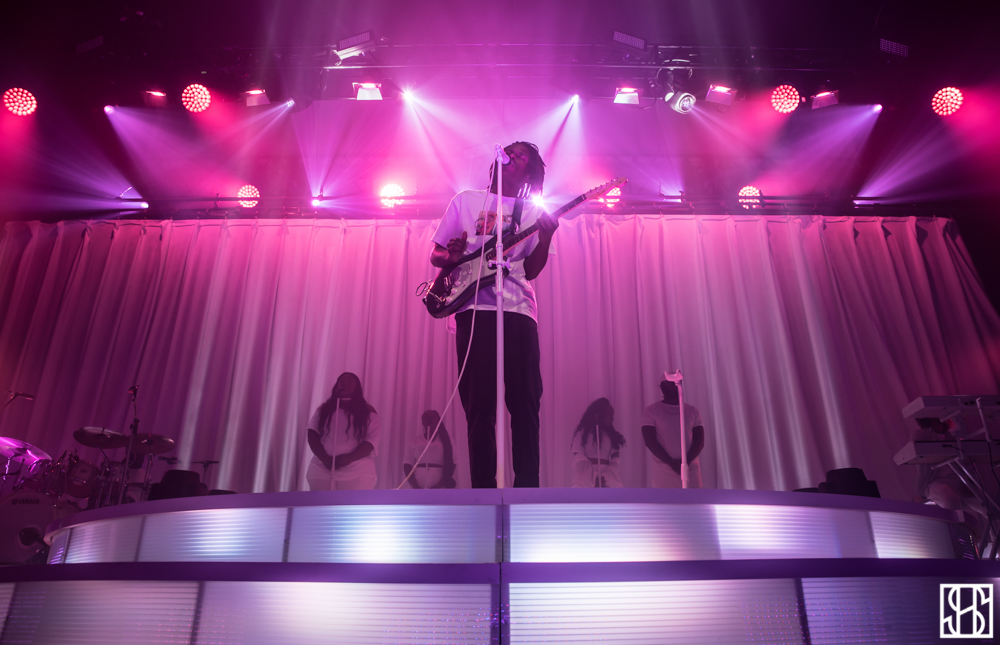 Daniel Caesar has almost completed his historical five-day residency at the Danforth Music Hall but last night we were lucky enough to catch the Toronto singer/songwriter’s fourth of five sold-out shows at the legendary concert venue. Days one, two and three were stacked with surprise guest appearances from Syd, 6LACK, H.E.R, Sean Leon, Charlotte Day Wilson and River Tiber so there was plenty of anticipation for night four.

The evening began with an opening performance from Swedish-born/LA-based singer Snoh Aalegra as she delivered a beautiful selection from her recently released debut album, FEELS. The more-than-eager crowd sang along with Aalegra to tracks like “Time,” “FEELS” and her Vince Staples collab, “Nothing Burns Like the Cold.”

After a short interlude and set change, a group of singers (the same backup singers featured on Caesar’s debut album) emerged onto the stage as sounds of crickets chirping resonated among the melodies of Freudian‘s title track. The hometown hero appeared from behind the massive white curtain draped across the stage and greeted the audience to approximately 1500 screams – what seemed like the entirety of the sold-out show.

For the next hour, Caesar and his band took the crowd on a journey through his debut album with tracks like “Hold Me Down,” “We Find Love,” “Blessed” and paid respect ‘day ones’ with earlier cuts like “Death & Taxes” and “Violet.” Adhering to his own standards from days one to three, Caesar treated the audience to surprise performances from fellow Toronto stars Jessie Reyez and Melanie Fiona.