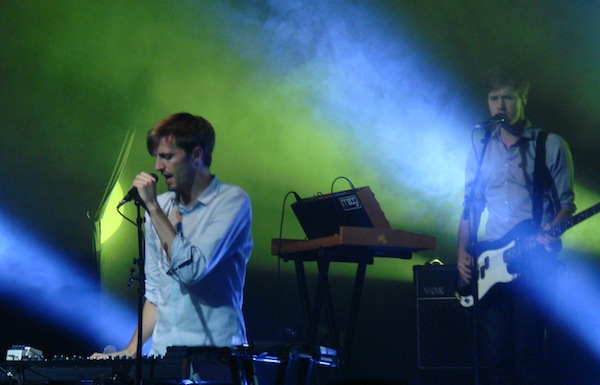 Thursday night at Toronto’s far off Sound Academy the boys from down under made quite a stir! We hadn’t seen Cut Copy since back in 2009 when they played an oversold Circa nightclub with Brooklynites Matt and Kim, so after the current album Zonoscope dropped back at the beginning of February, we were primed for a live date with yet another New York dance outfit Holy Ghost! opening.

Though we didn’t manage to catch much of Holy Ghost’s set, we’re really digging their recently released self-titled debut after hearing it live when they played in Toronto with Chromeo a few months back and last year when we saw them open for LCD Soundsystem at Terminal 5 in New York. After all the rave reviews we heard, we’ll certainly make sure to be prompt next time they’re in town, hopefully co-headlinining James Murphy’s next musical project!

Melbourne’s best electro four-piece certainly didn’t disappoint either with great production values that included a light up door framing the stage with the band surrounding it. They played a really varied mix of old and new tracks hitting favourites from the new album like “Where I’m Going” and “Need You Now”, as well as older classics like “Feel The Love”, “Lights and Music”, and of course “Hearts On Fire”. They’ve really progressed musically with the new album, but still played to both old and new fans with a magnitude that demonstrates their hard work and progression over the years.

We’re happy they’ve returned with new material after 2008’s Ghost In Colours, and after an always high-energy set, we’re just a excited to see them again next week at Coachella! Check out our pictures along with a live video of “Need You Now” from last weeks show below. 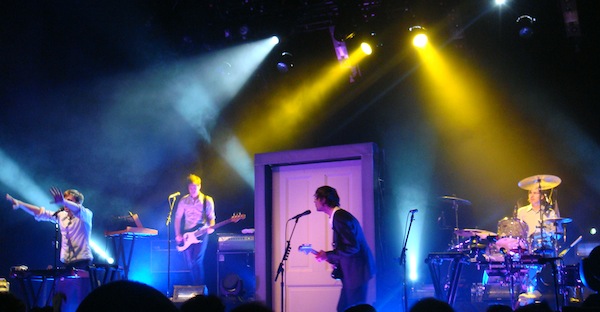 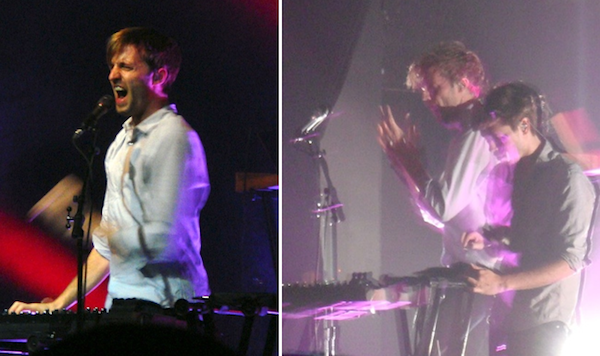