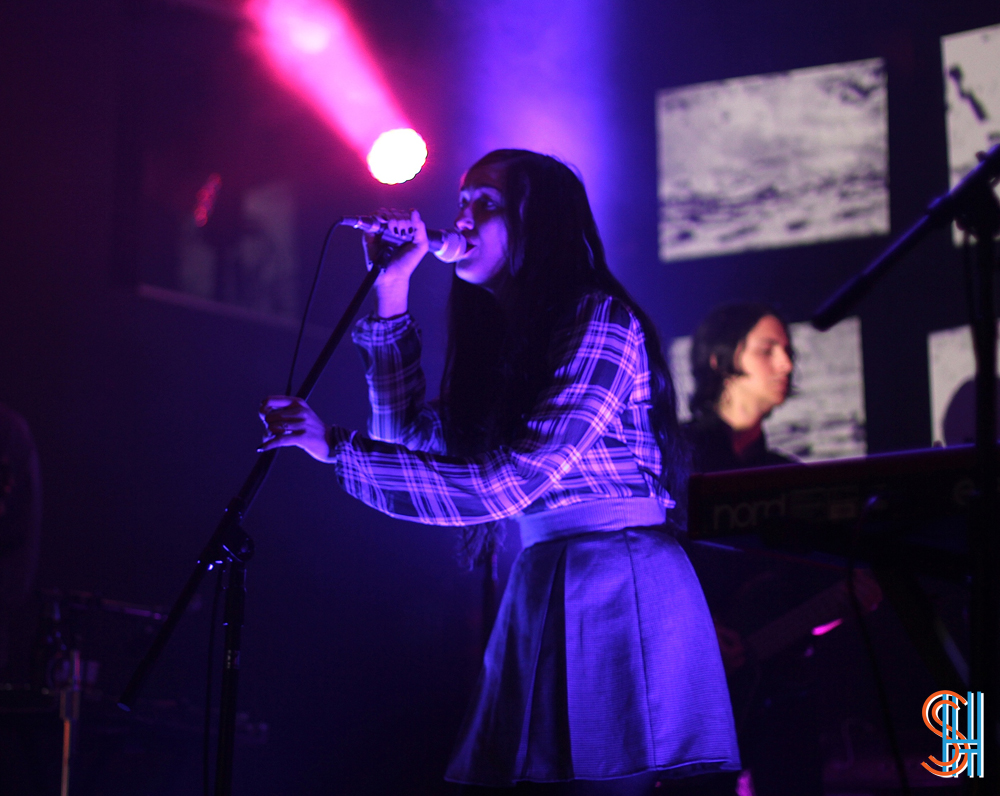 On a frigidly cold Monday night we trudged through the crispy Toronto wind to get a little warmed up by Cults at Lee’s Palace. After releasing their second album Static about two months ago the band has kept their momentum going gaining more traction since their self titled debut dropped some two years back.

When we arrived at the venue we were somewhat surprised to see such a packed room 0n a Monday night, the day of the week least likely to draw a full house, especially given the recent cold snap. We’ve seen Cults perform their self titled debut many times over the last few years so we were super pumped to hear most of Static performed live for most of the set which was set to highly entertaining visuals (no doubt a product of their past careers as documentary cinema students). Keeping it mostly quiet through the set, lead vocalist Madeline Follin cutely swung her body to the music, pulling on the bottom of her skirt while belting out choruses and verses. Her former boyfriend and partner Brian Oblivion expressed his love for Toronto at the end of the set after playing a good mix of both records to appease all the generations of fans who showed up for the show.

Check out some of our photos from last nights set below. 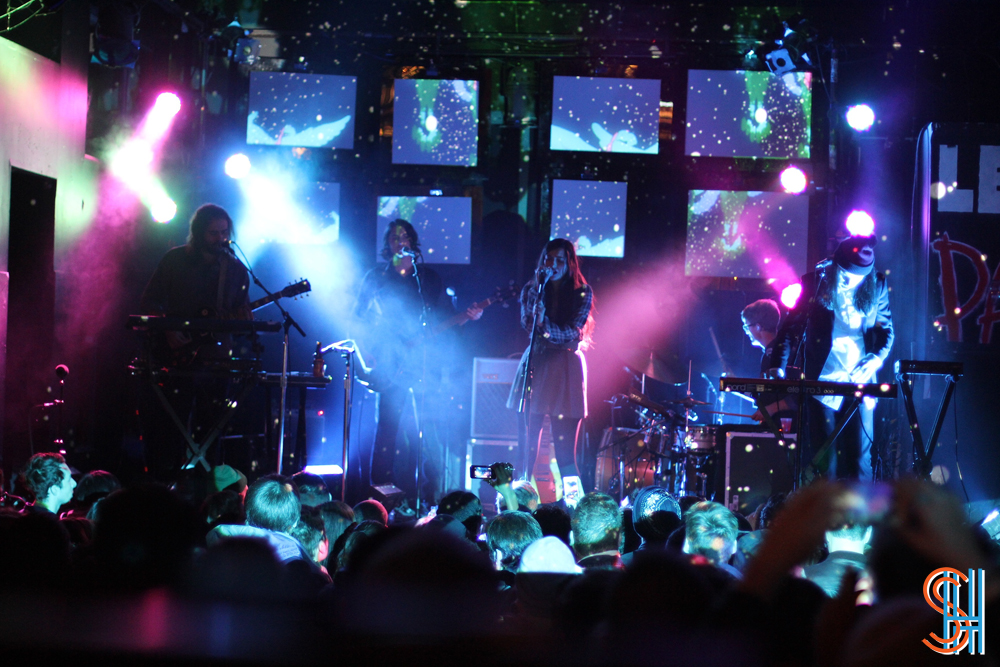 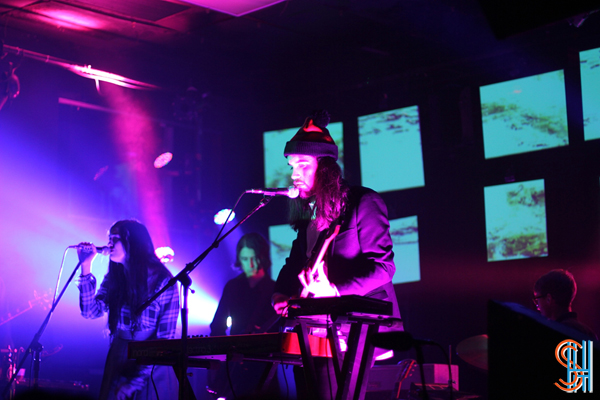 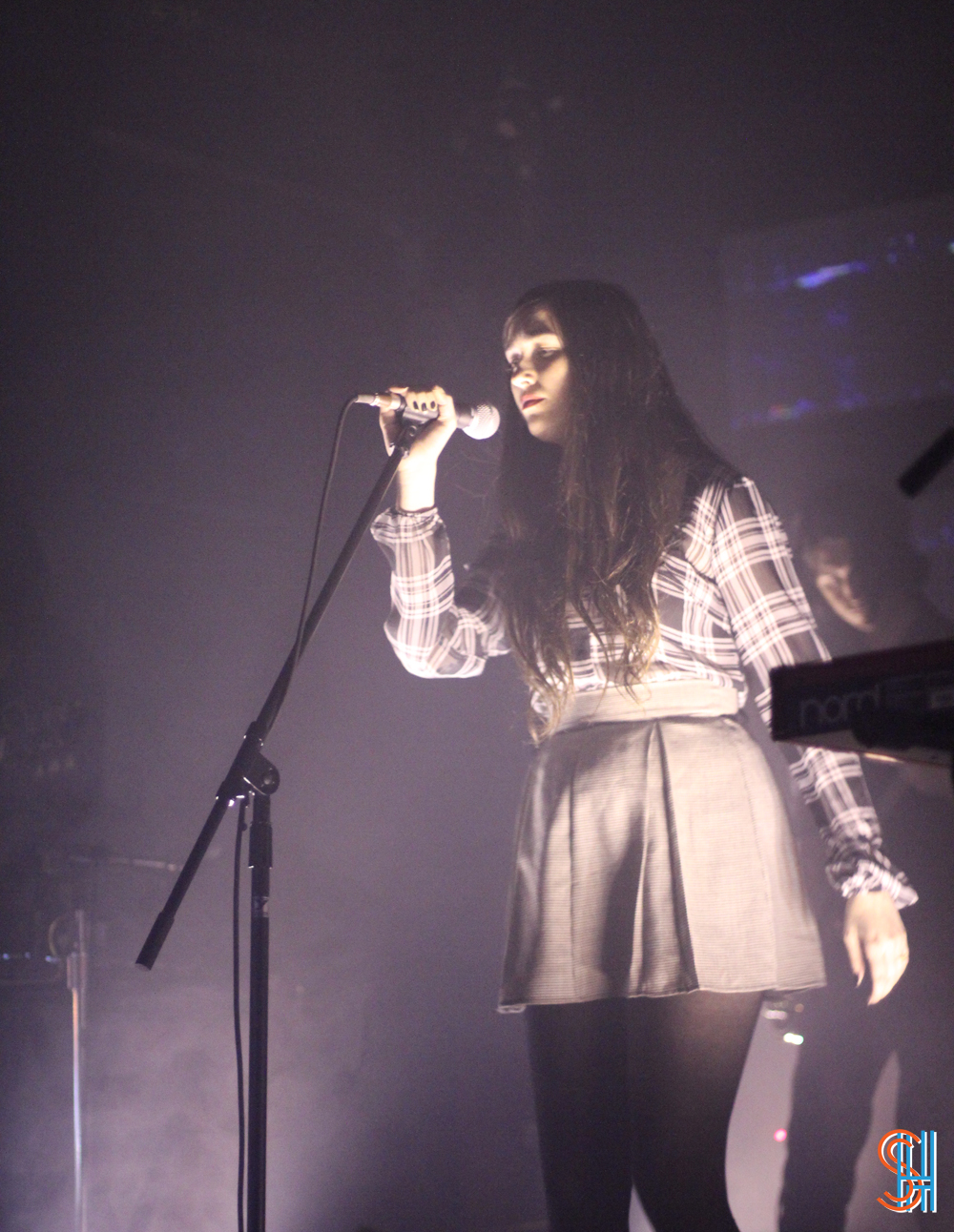