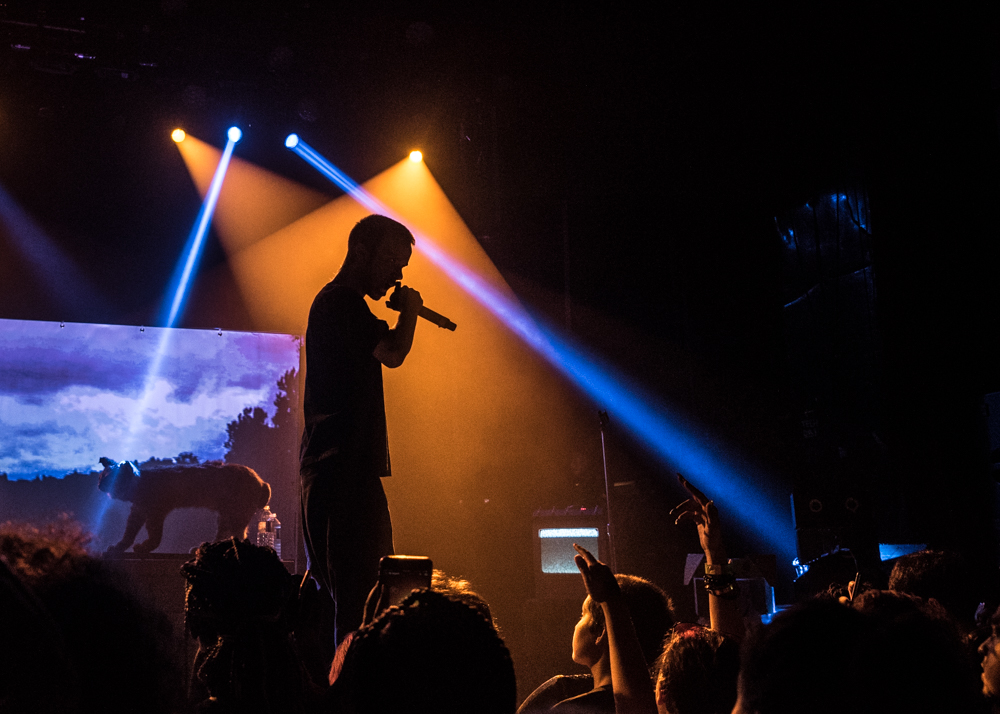 As always, Toronto showed out for yet another night of contemporary R&B at the Mod Club Theatre on Monday. Whether you believe that the venue is becoming a new proving ground or not (it’s hard to ignore the images of Abel’s legendary debut performance splashed across the largest wall of the venue); however, when it came time for Corbin’s debut tour to hit the city, the show quickly sold out.

After opening sets from producers (and collaborators of Corbin) D33J and Shlohmo, the Minnesota native took the stage. Initially reserved and shy in his demeanor, Corbin’s confidence grew as he explored the stage and interacted with the sea of emotional fans. His throaty, bellowing voice echoed through the Mod Club and seemed to cut through any other sound. Although the set was primarily made up of tracks from his recently released debut album, Mourn, the rising R&B singer treated his older fans to updated renditions of his Spooky Black material.

“Encores are really corny,” he said as he exited stage right. Normally, an audience would be pretty unenthusiastic about the lack of an encore at a sold-out show but everyone seemed to be distracted by how blown away they were.