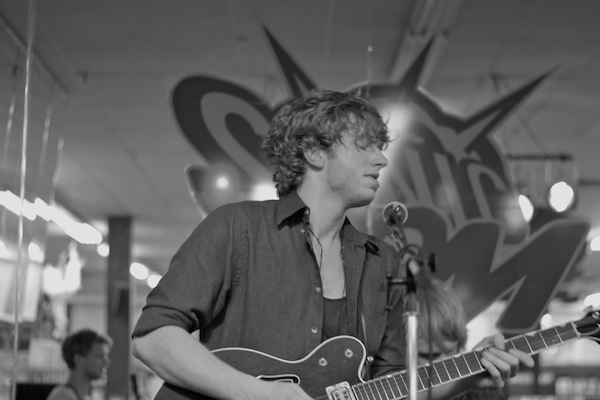 I saw a lot of bands play last weekend as part of the festival portion of 2012’s Canadian Music Week. If you were living under a rock between March 21-25th hundreds of bands across the city played to audiences of all sizes.  I believe I saw close to twenty bands in those four days, some of them twice. Most of them were wonderful, and it was tough to come up with just a few that blew me away. Nevertheless, here are some highlights for my 2012 Canadian Music Week. 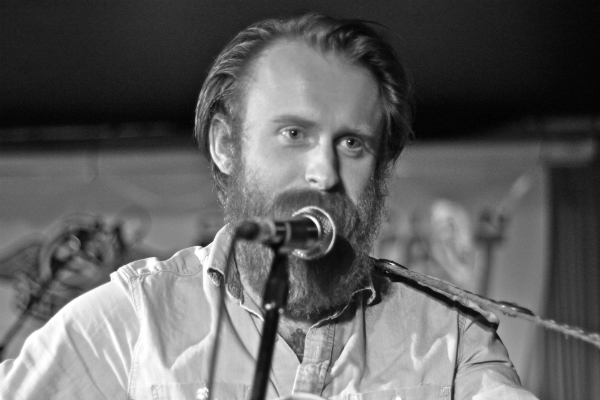 Label mates with some of the best and brightest musicians in North America, Spencer Burton’s – formerly of Attack in Black Grey Kingdom is a showcase for his tender vocals and heartfelt lyrics. The upstairs room at The El Mocambo was pin drop silent as Grey Kingdom took the stage.  Playing with a full band including a standup bassist and violinist, the true star was Burton’s vocals. Complete with lovely storytelling about some of his newer songs, Grey Kingdom was a surprise highlight during my CMW show going. 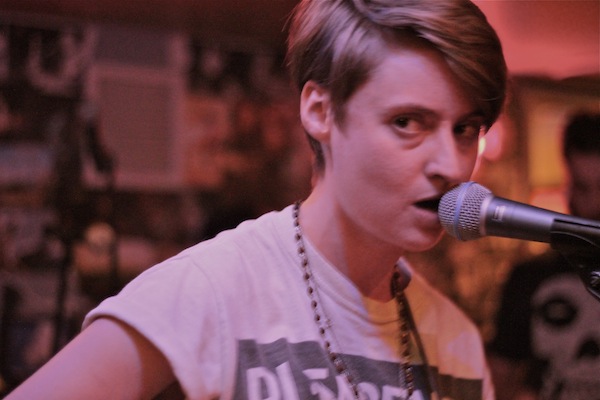 Army Girls at Parts and Labour

If the size of the crowd for the Thursday night show was any indication, I knew I was going to be in for a treat when Army Girls took the stage.  There have been comparisons between them and early Land of Talk recordings, however, the ferocity of Army Girls’ live presence is unmatched to many bands of the same size. Guitarist and vocalist Carmen Elle is well known for her other projects, as is drummer Andy Smith, who was surprisingly tight that night. The short set proved that they definitely have the power to tackle larger stages and are set to tour this spring with PS I Love You. 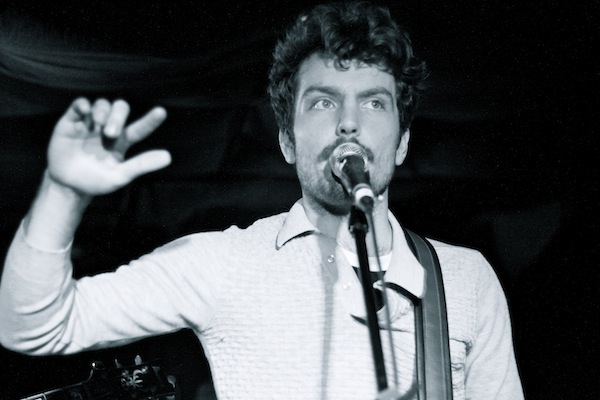 The Elwins at Rancho Relaxo

The Elwins seem to be everywhere these days. Coming off a very successful US tour with a stop over in Austin for South By South West, and the last night of Canadian Music Week was a huge welcome home for them. These hardworking boys recently put out a self released album, which has been receiving rave reviews. The wall of photographers and the eager crowd made this homecoming an extra special night and it’s been a long time since I’ve seen audience members sing along to every single song. This and their absolutely adorable poppy sound made the closing night of the fest one for the record books. Add in audience participation for “Fox Tale”, and you cannot help but leave an Elwins show with a perma-smile, much like I did.

This five piece has been a staple in the Toronto music scene for a few years now. They recently joined Dine Alone Records and to celebrate they released a 7-inch, which is being sold in limited quantities at their shows and are set to drop their highly anticipated sophomore album later this year. I had the pleasure of seeing them play twice during the festival. Lowell Sostomi’s voice is one of the most unique and brilliant out there, and it’s no secret that I am a huge fan, but their new material is leaps and bounds better than their already excellent debut album Speak of Trouble. The energy and power of their set is unmatched by many of the bands out there, by adding in a solid roster of songs it makes every live show an absolute treat to be there.

Coincidentally all of the bands that I have highlighted have new music out now or will be releasing new music in 2012. Believe me when I say that all of these albums will be on the best of 2012 lists before the year is out.