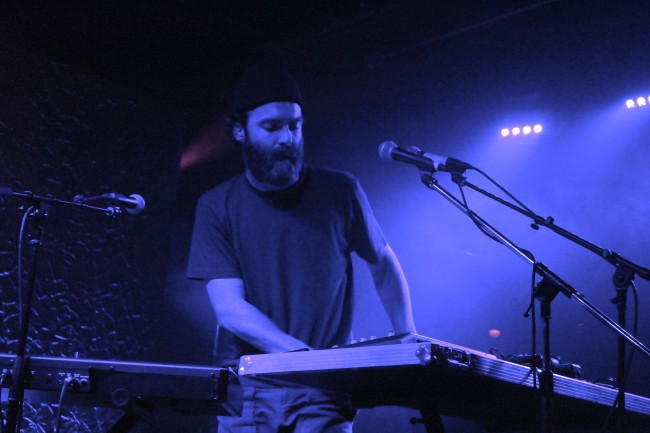 Melbourne singer, songwriter, DJ, and producer Chet Faker (Nicholas James Murphy) graced the Hoxton on Monday night, playing one of several sold out shows on his current North American tour. Although starting off with sound malfunctions, Chet bounced back and dropped some wisdom on how important it was to mess up onstage and play real instruments, especially in the electronic music world. Sure enough, his set on Monday night was more than pushing a few buttons and nobs, as many electronic music critiques like to put it nowadays.

Just on the albums themselves, Chet Faker’s music is already impressive by blending influences that encompass soulful vocals, down-tempo beats, intricate piano, and more recently, house and dub beats. The evening’s performance was a good mixture of songs from his latest album Built On Glass and his early material from Thinking in Texture. Chet completely reinvented the tracks with new flourishes as he experimented with synth and effects-saturated layers, without taking away his incredibly narcotic blend of soul and R&B tinged electronica sound. One track that stood out was his live bass-heavy and funky take of “I’m Into You”, which initially was a track filled with woozy samples that couple a repeating simple synth riff. However, the main highlight was the seamless transition from hit “No Diggity”, his breakthrough track, to his recent collaboration with Australian artist Flume, “Drop the Game”, with the crowd echoing along to all the lyrics in both songs.

Several times on stage, Chet seemed completely lost in his music as he created looped vocals on top of the bubbling bass and ebbing beats. The crowd mirrored the same immersion in the music throughout the set as all eyes were locked on him onstage, bouncing feverishly between instruments and contorting his body with just the right amount of swagger. What proved that he was a lot more than just a guy behind a synth and machines was during his encore when Chet played a chilly and melancholic version of ‘Talk Is Cheap’ on just the keyboard with no beats or production. Although only playing an hour with a one song encore, there was no doubt that Chet Faker proved his worth that night with everyone leaving with his compassionate and inherently melancholic and soulful vocals still ringing in their heads. 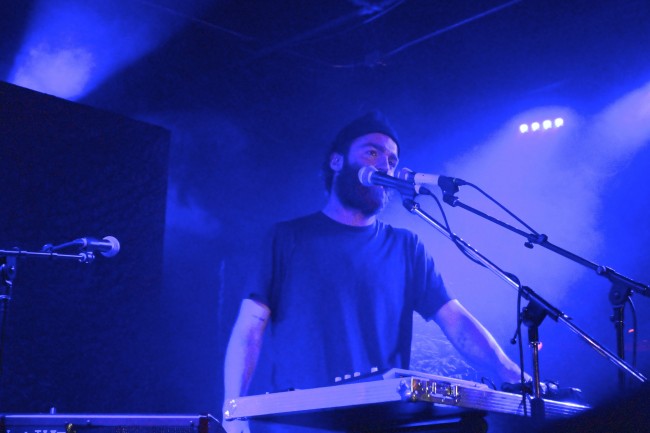