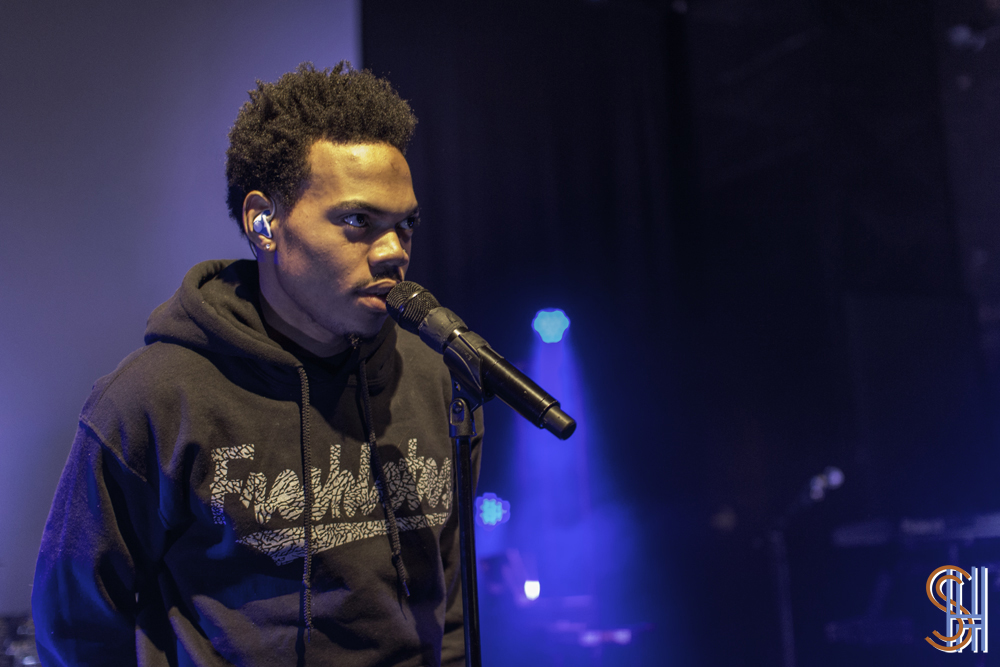 The Danforth Music Hall was packed, on a Monday of all nights, with deliriously star-struck and excited kids. You’d think The Beatles were in attendance by the way the screams and shouts filled the acoustically spacious venue. It was only 9:00PM when Chance took the stage –after several whole-venue ‘Chance Chants’ – and danced his away to the centre as the beat dropped to the instant classic “coca-butter kisses”.

Chance moved sporadically and quickly, like a humming bird darting and sliding from front to back of the stage in leaps, and characteristically yelping with excitement. The audience ate it up, climbing each other’s shoulders to take pictures and screaming his name as he busted out individually styled dance moves. His voice was young and less raspy than the album as he delivered his lines with practiced precision.

In case you haven’t heard the immensely popular EP Acid Rap, for which the tour is named, it’s got a little bit of everything; which is its biggest flaw as well as a virtue. The twenty year old certainly has taken style tips from a few current rappers, borrowing notably from Kendrick Lamar, melodically from Frank Ocean, and Danny Brown both tonally and rhythmically. That being said, when you strip away the layers of influence, which at times are startlingly apparent, there is a striking originality found throughout most of Acid Rap; featuring standout production by Nate Foxx, and a steady presence by Chitown peer BJ&the Chicago Kid.

On stage the live horns on tracks like “Acid Rain” and the end of “Everything’s good” give a definite Chicago feel and Chance seems to represent where he’s from in a way that’s neither proud nor ashamed, just honest.

It’s hard to decide who had more energy, the crowd or Chance. They seemed to go hand in hand until the very end when the Chance-aged audience cried out for an encore, though to no avail. Despite the wild and insatiable buzz in the venue, the set lasted under an hour, in time to get most of the audience home to finish their schoolwork.

There may have been forces beyond Chance’s control that kept the show from going past 10PM, or perhaps they were conserving energy for the forty cities left on their expansive tour. Next up: Syracuse, a college town where, if he’s not careful, Chance might just get eaten alive with praise from his fans. 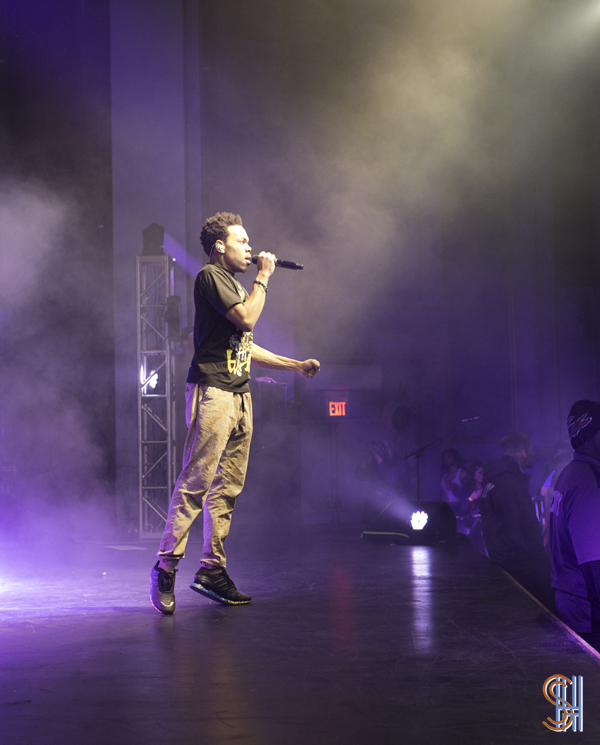 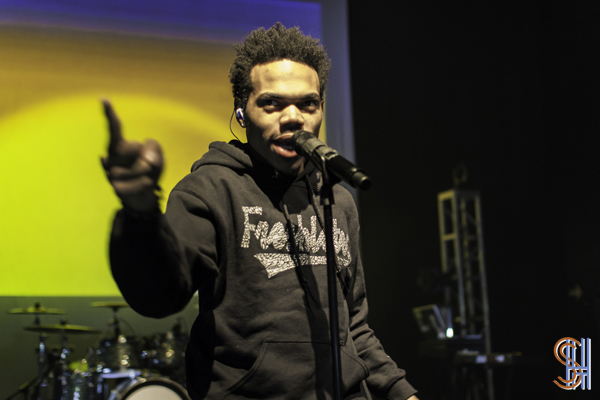 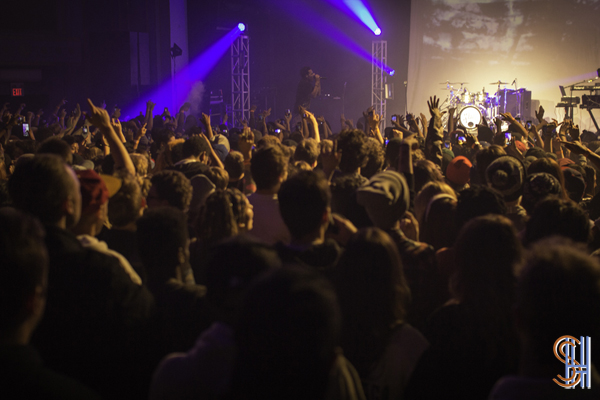