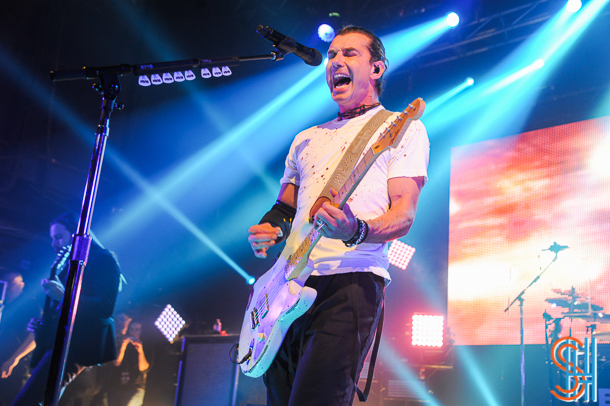 Some say the dream of the 90’s is alive in Portland, however it’s pretty clear that Bush’s Gavin Rossdale keeps it alive in his every day life. Taking the stage in a ripped up t-shirt and an arm sleeve (!!) they opened with 2011 single ‘Sound Of Winter’ and immediately had the audience on their side. It wasn’t long however before they were blasting through the hits that the crowd of late twenty something’s had packed out the Sound Academy to see. Rossdale seemed to have boundless energy, constantly pacing across the stage and engaging the audience. They sounded phenomenal as well, hits like ‘Swallowed’ and ‘Glycerine’ sounding as good as the day they were recorded. The bands we revisit from our youth have an almost impossible ideal to live up to, and while the time and place may be gone, Bush seem to have remained just as tight as they were in the 90’s, saving Rossdale from living the rest of his days as Gwen Stefani’s trophy husband.

Playing before them were Canada’s ambassadors of aggressively mediocre hard rock country Theory Of A Deadman. It’s somewhat telling that they’ve slipped quietly into the opening band slot from their once lofty heights. Frontman Tyler Connolly seemed to see the set mostly as an excuse to give away guitar picks, starting with 45 he never seemed to stop throwing them at the audience, which kind of takes away from the point. The rest of the band remained hidden in the dark, while Connolly had a dedicated spot light for himself, despite showing a pretty resounding lack of charisma, leading their nine song set to feel almost interminable.

Opening the night was Stars In Stereo, a rock vehicle for singer Bec Hollcraft. From what we could discern, they seemed to be playing off a track, with no on-stage amplification at all, and just music blasting from the PA. This very quickly deflated most of the enthusiasm from the audience, who at the front, could hardly hear anything. But maybe that’s for the best. 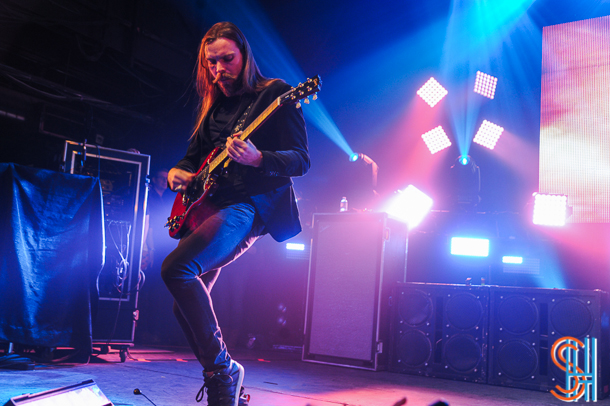 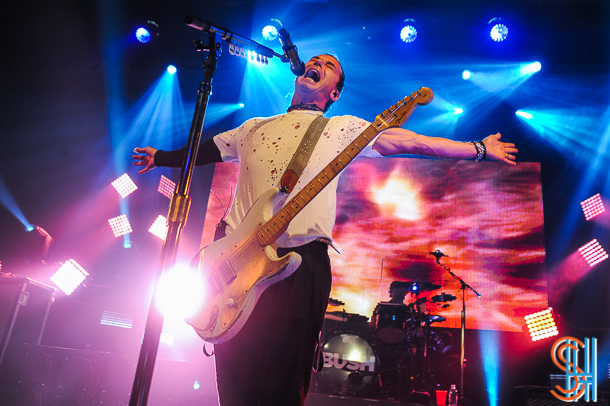 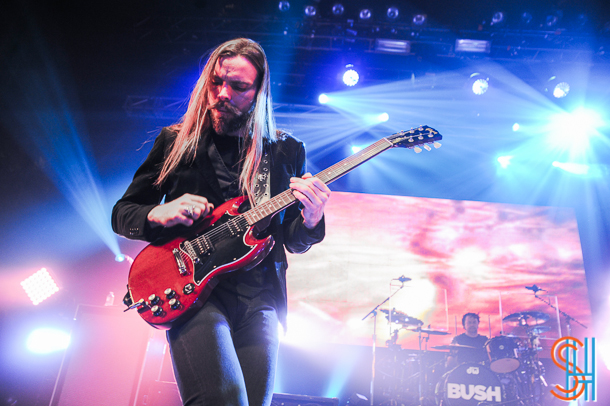 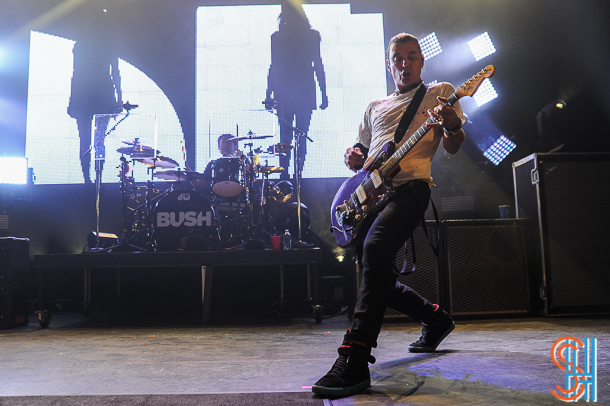 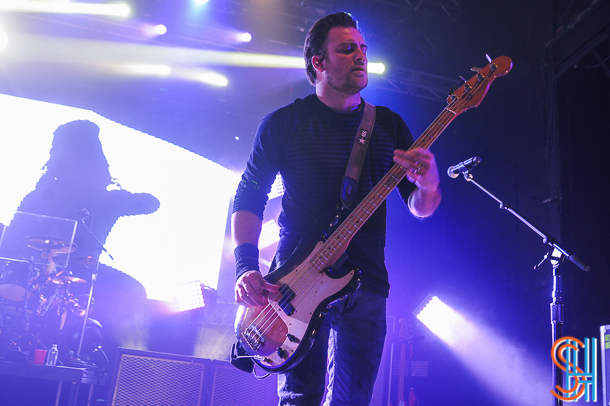 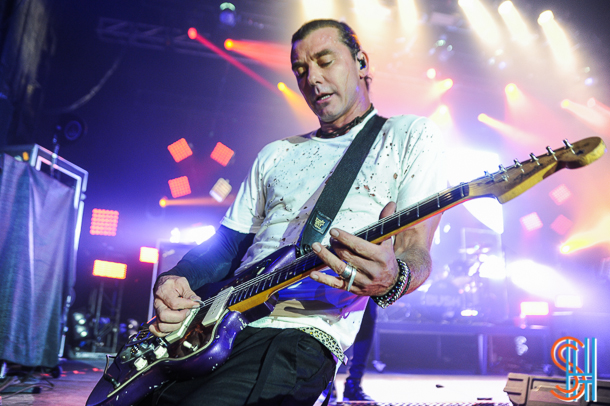 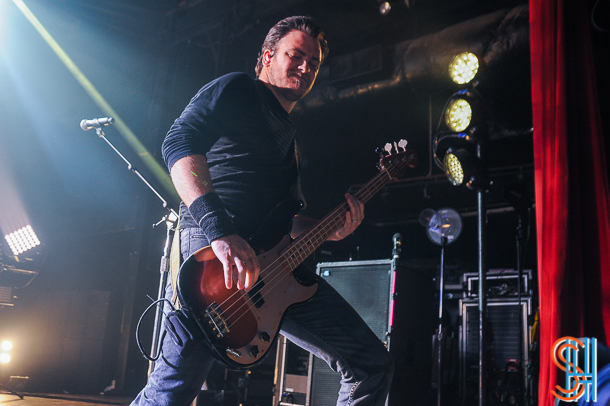 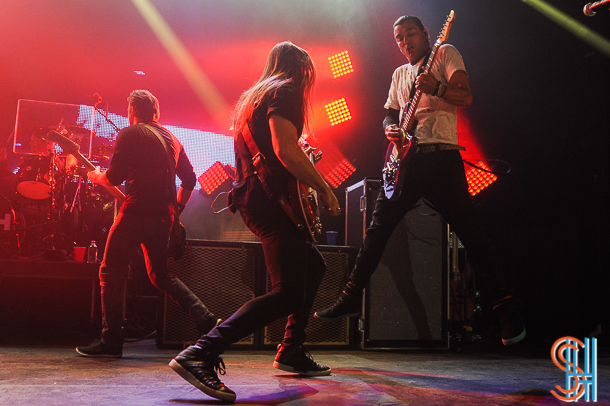 Theory Of A Deadman 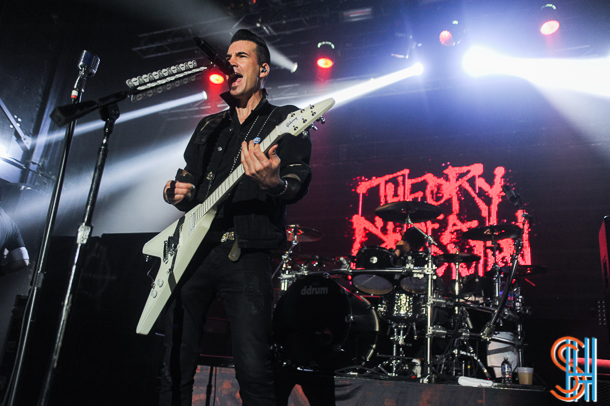 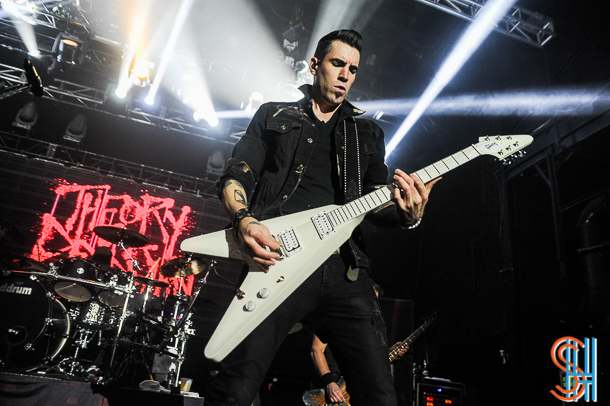 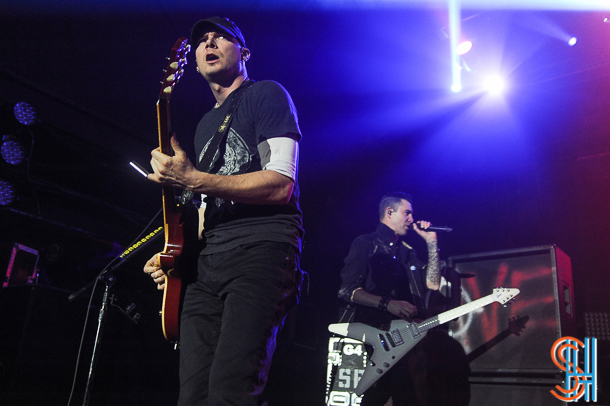 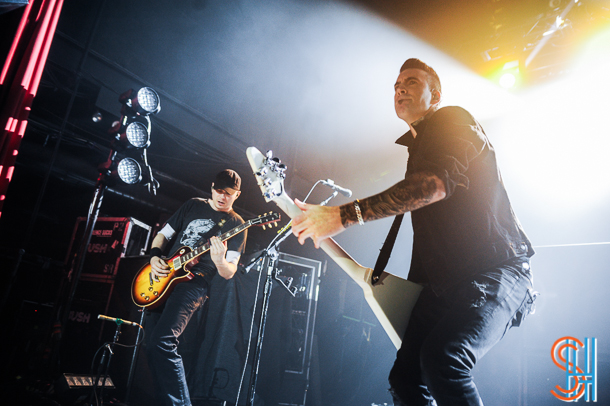 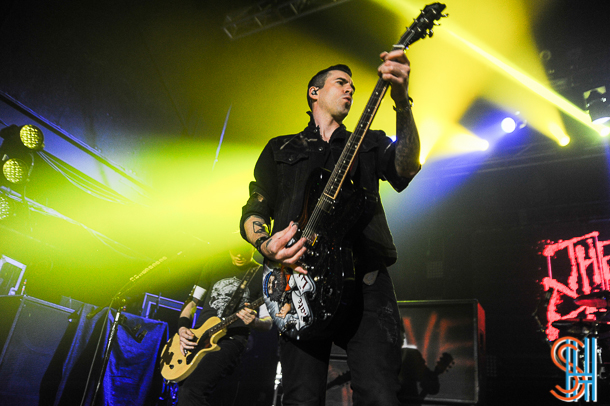 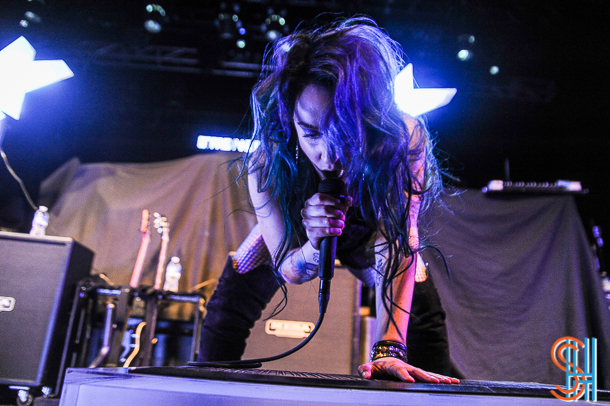 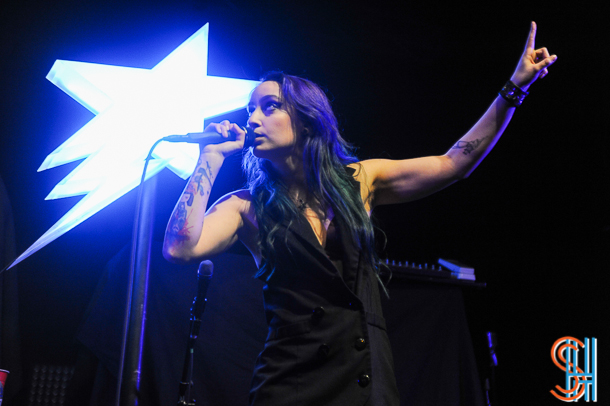 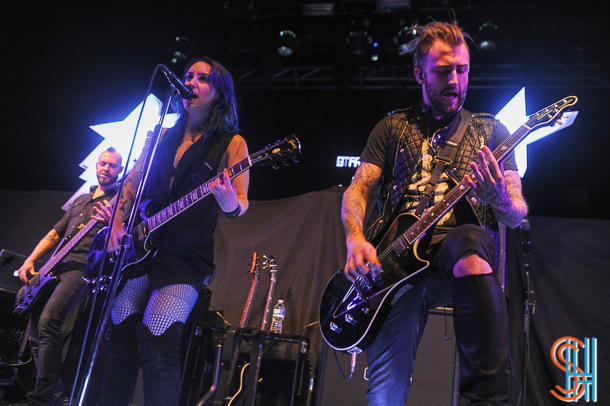