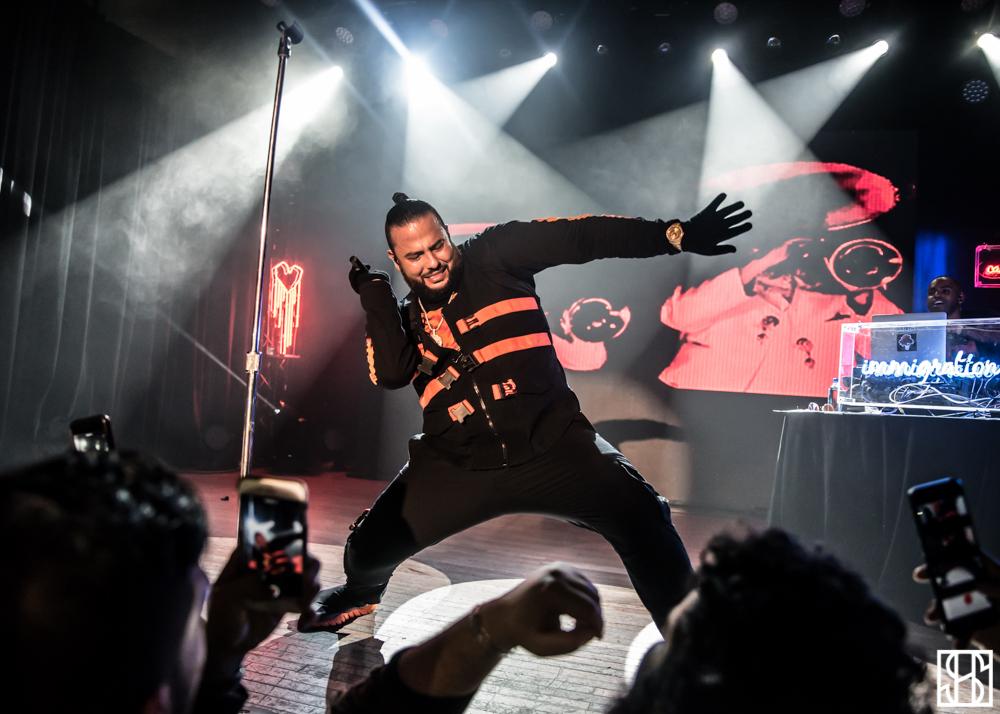 Hundreds of fans packed into the Mod Club Theatre last night for the Toronto stop of the TIDAL X: Belly ‘Mumble Rap’ tour. While the venue has become a sort of ‘proving ground’ since The Weeknd’s legendary debut in 2011, Belly’s return to Toronto felt more like a family affair rather than a test (especially since fans were able to tune in via livestream on TIDAL).

Following a short DJ set, the intro to “Mumble Rap” rang through the speakers and the Ottawa rapper burst out onto the stage – and didn’t let the energy level drop for the rest of the evening. Belly explored every inch of the stage as he danced and rocked through a lengthy selection of tracks from his recent releases through XO like Inzombia and Another Day in Paradise. After thanking the crowd numerous times for supporting him and allowing him to be himself, Belly returned to the stage for a standing ovation and brought back 88GLAM to help him close out the evening.