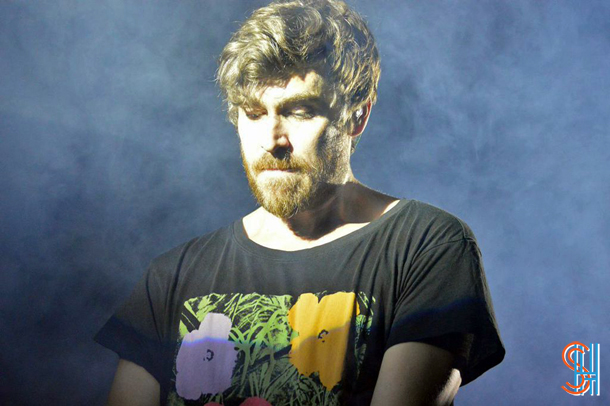 Brooklyn band Bear in Heaven are playing their last stateside shows in New York City before embarking on a ton of European dates. The Bear in Heaven live experience is carefully visually curated and that starts with the opening bands. WIFE aka James Kelly, hailing from the Republic of Ireland, runs gorgeous and affecting black and white projections during his set. Young Magic also employs projections but they’re very colorful, portraying the different cultures and locations they’ve encountered in their travels. Also New York-based, Young Magic are made up of Indonesian vocalist Malati Malay and Australian producer Isaac Emmanuel.

In mid-sized music halls, lighting tends to be fairly basic. Bear in Heaven, however, are determined to give us a full experience. Employing multi-colored strobes and the heavy use of fog, they completely engage audiences. Playing several tracks of their fourth studio album, Time Is Over One Day Old, Jon Philpot, Adam Wills, and Jason Nazary scrapped lengthy banter and decided to rock our faces off instead. A definite highlight was “Time Between,” luring you in with drums and then hitting you with a fuzzed out synthy bass. They also played songs from Beast Rest Forth Mouth and I Love You, It’s Cool. Nazary is fairly new to the band, joining as drummer for the current album. It’s hard to believe that so much sound is coming from just three guys, but it’s almost like you’re meant to get overwhelmed. The theme of Time Is Over One Day Old reflects the passage of time, finding out who you are, and discarding the extras. For a band that’s been making music for over a decade and playing hundreds of shows, it’s refreshing to see this all play out. The crowd at Bowery Ballroom left feeling a bit lighter and replenished. 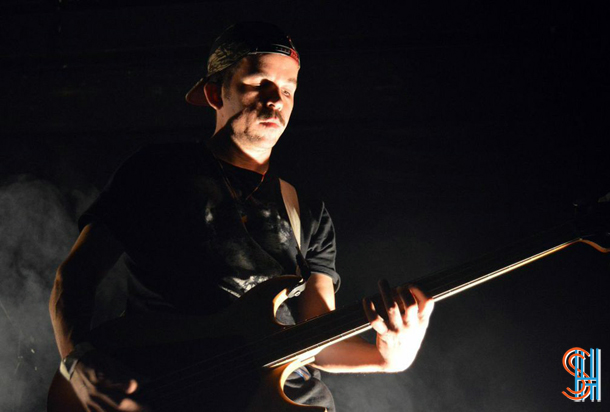