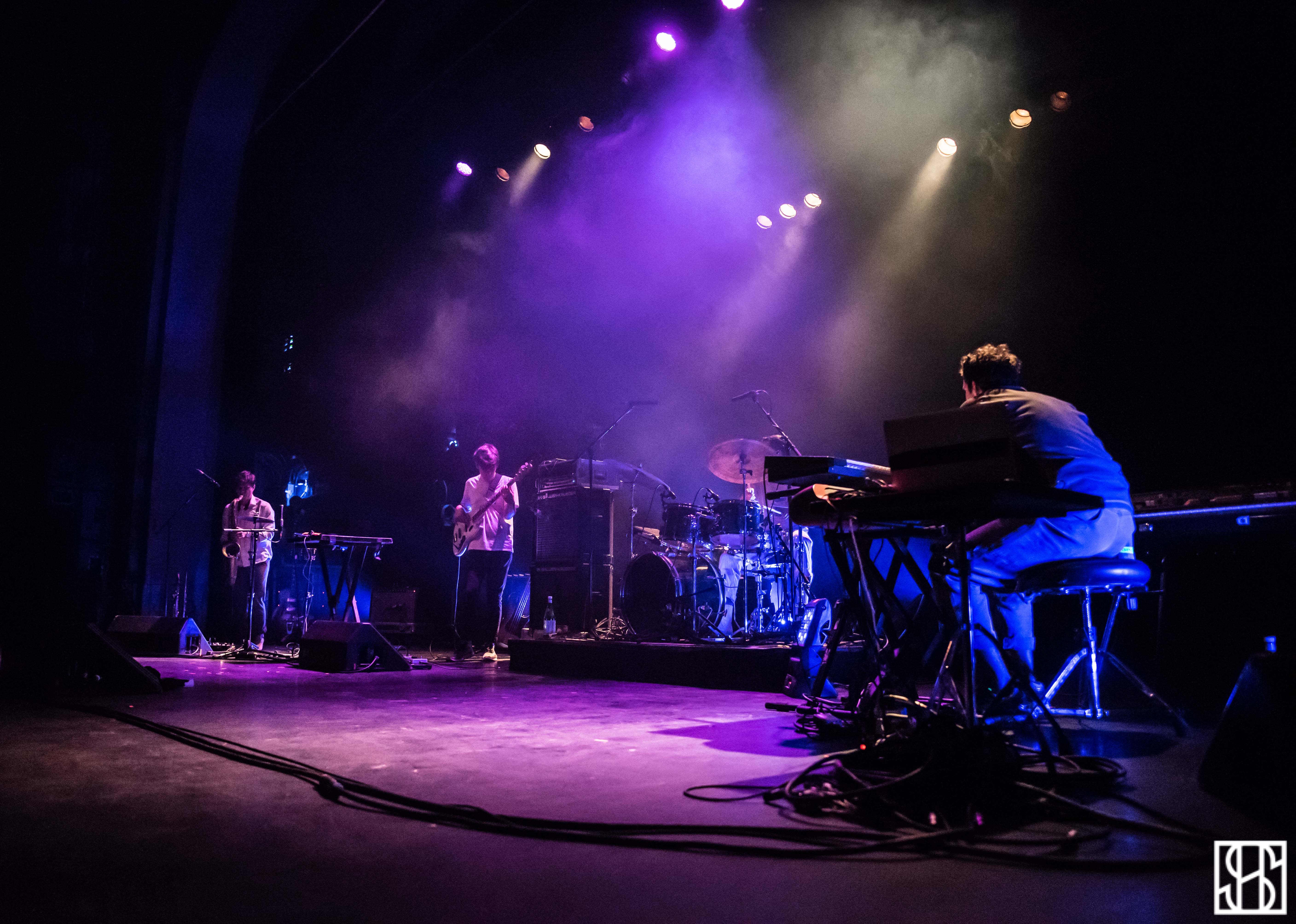 Last night marked the first of two sold-out homecoming shows for Toronto’s own BADBADNOTGOOD. The four-piece jazz group has become a staple of the local music scene and made strides since forming years ago at Humber College and the long line of fans wrapped around Danforth Avenue reflected that evolution.

Opening vibes were provided by Brooklyn-based experimental group Standing On The Corner. The jazz-hip hop fusion outfit performed a number of tracks that gave the audience an abstract instrumental experience reminiscent of a band you might find playing in the corner of a New York subway station.

Following a quick stage change, BADBADNOTGOOD hit the stage to a roaring crowd and began to set the mood by removing their shoes and burning incense. The four-piece group delivered a fast-paced set of select tracks from their four studio albums that clearly catered to fans as the audience never let up their reciprocal energy. The only break in the mood was when the band decided to create more “movement in the room” and explored the entirety of the stage by spinning and prancing about.

The concluding portion of the show brought a special guest performance from Future Islands frontman and BADBADNOTGOOD collaborator Sam Herring. After performing a BBNG-assisted version of “Seasons,” Herring gave fans exactly what they wanted and transitioned into “Time Moves Slow” from the group’s fourth studio project.